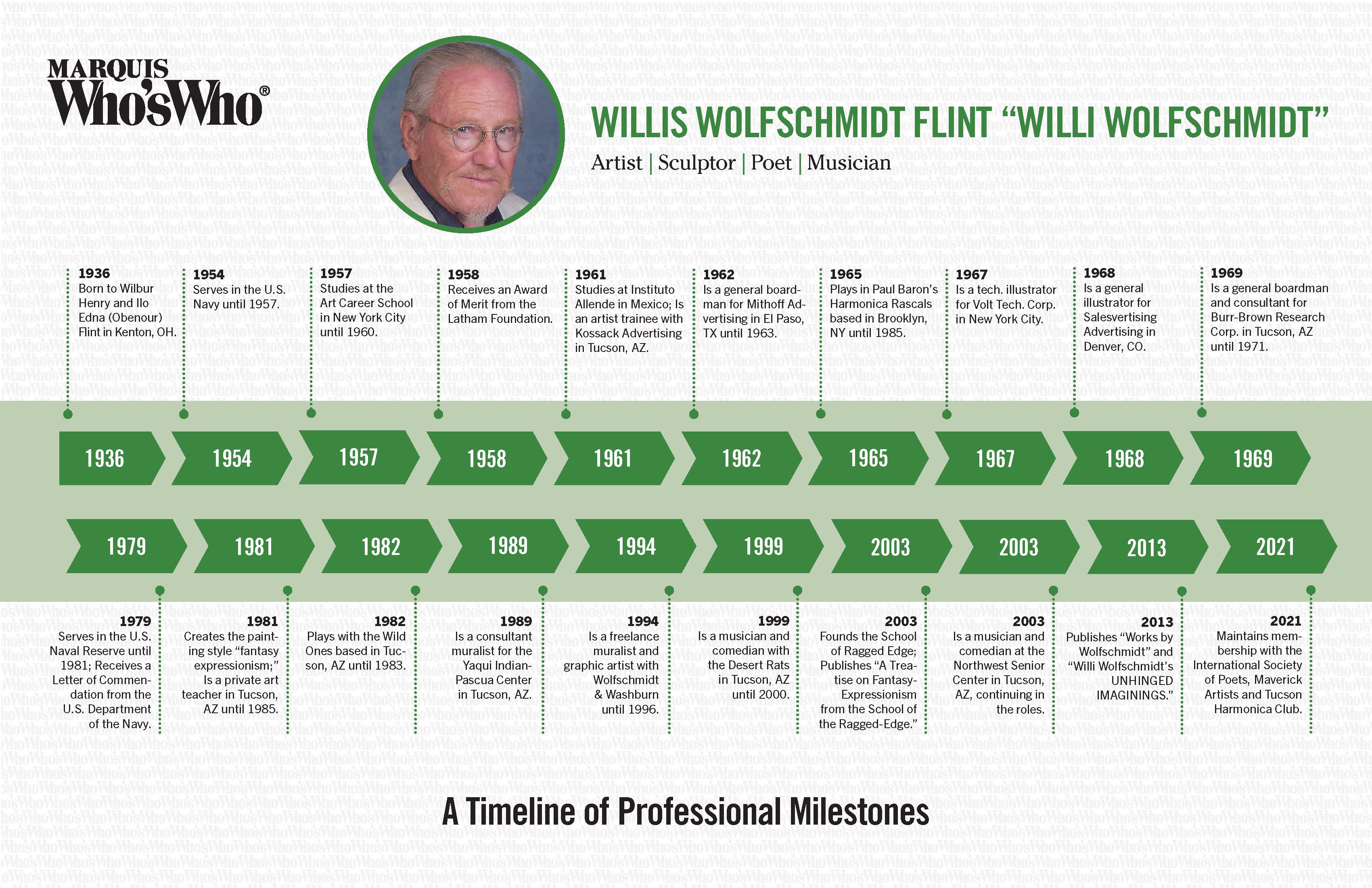 Studies at the Art Career School in New York City until 1960.

Receives an Award of Merit from the Latham Foundation.

Studies at Instituto Allende in Mexico; Is an artist trainee with Kossack Advertising in Tucson, AZ.

Is a general boardman for Mithoff Advertising in El Paso, TX until 1963.

Plays in Paul Baron’s Harmonica Rascals based in Brooklyn, NY until 1985.

Is a tech. illustrator for Volt Tech. Corp. in New York City.

Is a general illustrator for Salesvertising Advertising in Denver, CO.

Is a general boardman and consultant for Burr-Brown Research Corp. in Tucson, AZ until 1971.

Serves in the U.S. Naval Reserve until 1981; Receives a Letter of Commendation from the U.S. Department of the Navy.

Creates the painting style “fantasy expressionism;” Is a private art teacher in Tucson, AZ until 1985.

Plays with the Wild Ones based in Tucson, AZ until 1983.

Is a consultant muralist for the Yaqui Indian-Pascua Center in Tucson, AZ.

Is a freelance muralist and graphic artist with Wolfschmidt & Washburn until 1996.

Is a musician and comedian with the Desert Rats in Tucson, AZ until 2000.

Is a musician and comedian at the Northwest Senior Center in Tucson, AZ, continuing in the roles.