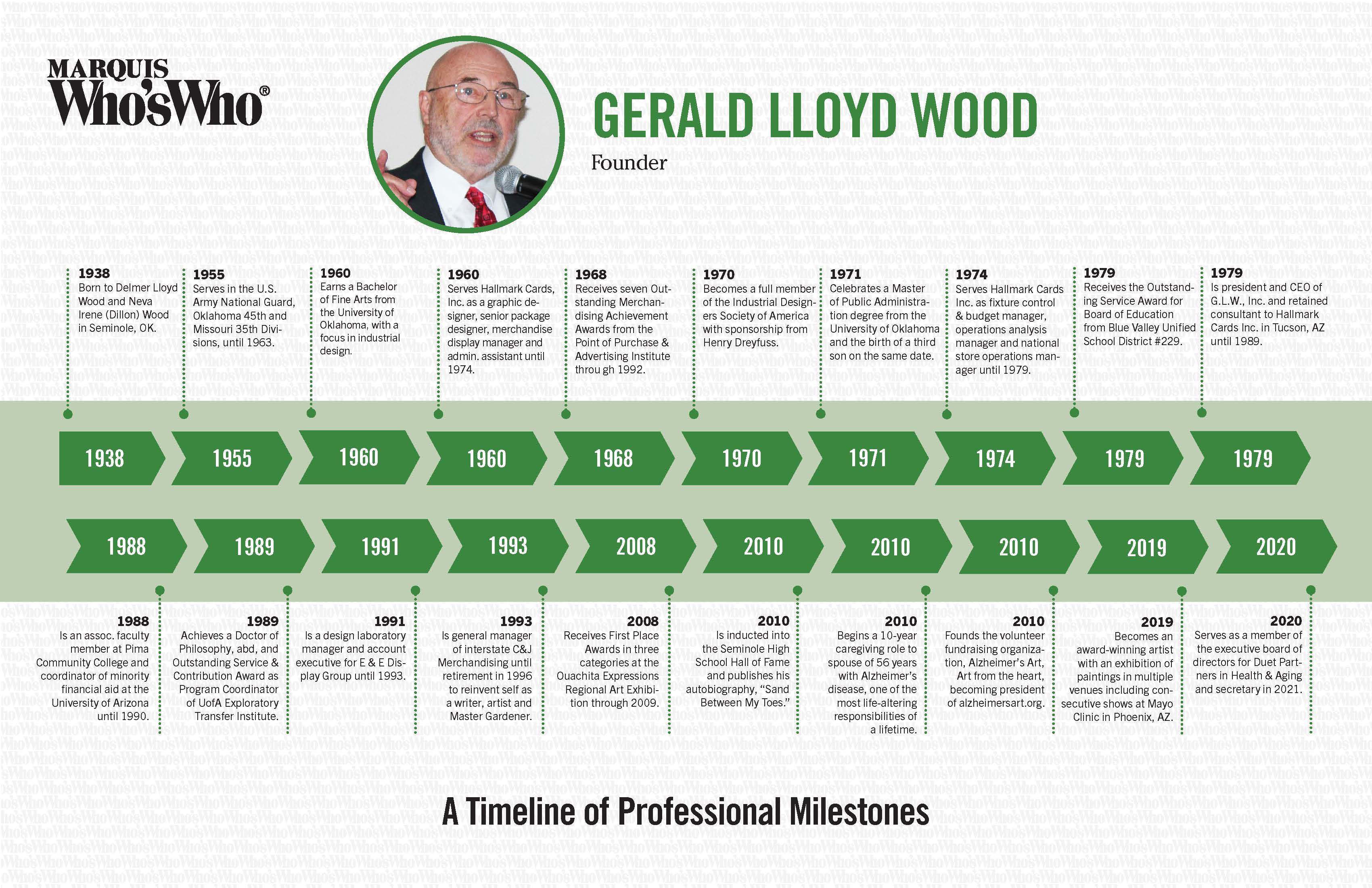 Earns a Bachelor of Fine Arts from the University of Oklahoma, with a focus in industrial design.

Becomes a full member of the Industrial Designers Society of America with sponsorship from Henry Dreyfuss.

Celebrates a Master of Public Administration degree from the University of Oklahoma and the birth of a third son on the same date.

Receives the Outstanding Service Award for Board of Education from Blue Valley Unified School District #229.

Is president and CEO of G.L.W., Inc. and retained consultant to Hallmark Cards Inc. in Tucson, AZ until 1989.

Is an assoc. faculty member at Pima Community College and coordinator of minority financial aid at the University of Arizona until 1990.

Is a design laboratory manager and account executive for E & E Display Group until 1993.

Is general manager of interstate C&J Merchandising until retirement in 1996 to reinvent self as a writer, artist and Master Gardener.

Is inducted into the Seminole High School Hall of Fame and publishes his autobiography, “Sand Between My Toes.”

Begins a 10-year caregiving role to spouse of 56 years with Alzheimer’s disease, one of the most life-altering responsibilities of a lifetime.

Becomes an award-winning artist with an exhibition of paintings in multiple venues including consecutive shows at Mayo Clinic in Phoenix, AZ.

Serves as a member of the executive board of directors for Duet Partners in Health & Aging and secretary in 2021.