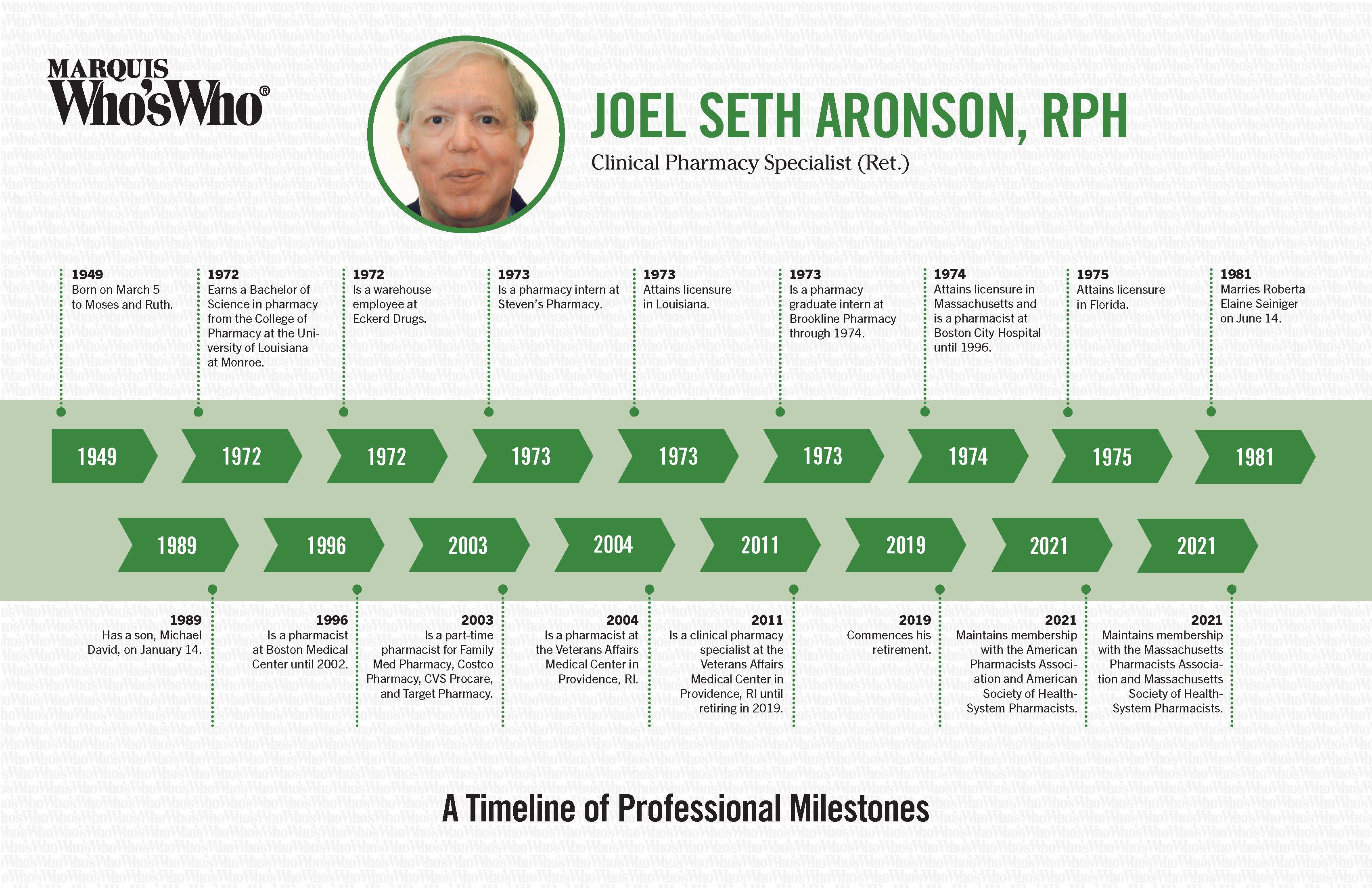 Born on March 5 to Moses and Ruth.

Earns a Bachelor of Science in pharmacy from the College of Pharmacy at the University of Louisiana at Monroe.

Is a warehouse employee at Eckerd Drugs.

Is a pharmacy intern at Steven’s Pharmacy.

Is a pharmacy graduate intern at Brookline Pharmacy through 1974.

Attains licensure in Massachusetts and is a pharmacist at Boston City Hospital until 1996.

Has a son, Michael David, on January 14.

Is a pharmacist at Boston Medical Center until 2002.

Is a pharmacist at the Veterans Affairs Medical Center in Providence, RI.

Is a clinical pharmacy specialist at the Veterans Affairs Medical Center in Providence, RI until retiring in 2019.

Maintains membership with the American Pharmacists Association and American Society of Health-System Pharmacists.