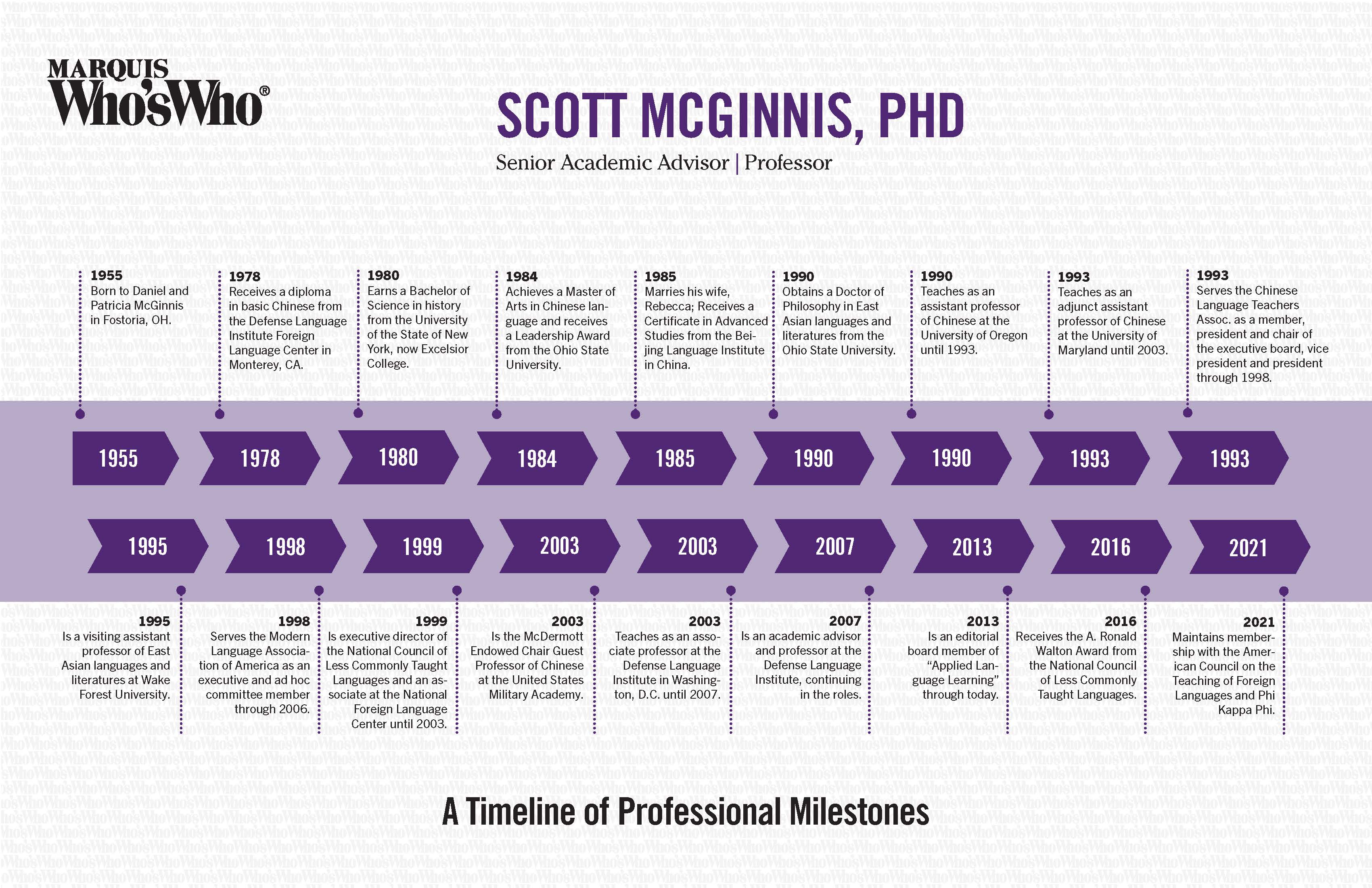 Born to Daniel and Patricia McGinnis in Fostoria, OH.

Earns a Bachelor of Science in history from the University of the State of New York, now Excelsior College.

Achieves a Master of Arts in Chinese language and receives a Leadership Award from the Ohio State University.

Marries his wife, Rebecca; Receives a Certificate in Advanced Studies from the Beijing Language Institute in China.

Obtains a Doctor of Philosophy in East Asian languages and literatures from the Ohio State University.

Teaches as an assistant professor of Chinese at the University of Oregon until 1993.

Teaches as an adjunct assistant professor of Chinese at the University of Maryland until 2003.

Is a visiting assistant professor of East Asian languages and literatures at Wake Forest University.

Serves the Modern Language Association of America as an executive and ad hoc committee member through 2006.

Is executive director of the National Council of Less Commonly Taught Languages and an associate at the National Foreign Language Center until 2003.

Is the McDermott Endowed Chair Guest Professor of Chinese at the United States Military Academy.

Teaches as an associate professor at the Defense Language Institute in Washington, D.C. until 2007.

Is an academic advisor and professor at the Defense Language Institute, continuing in the roles.

Is an editorial board member of “Applied Language Learning” through today.

Receives the A. Ronald Walton Award from the National Council of Less Commonly Taught Languages.

Maintains membership with the American Council on the Teaching of Foreign Languages and Phi Kappa Phi.