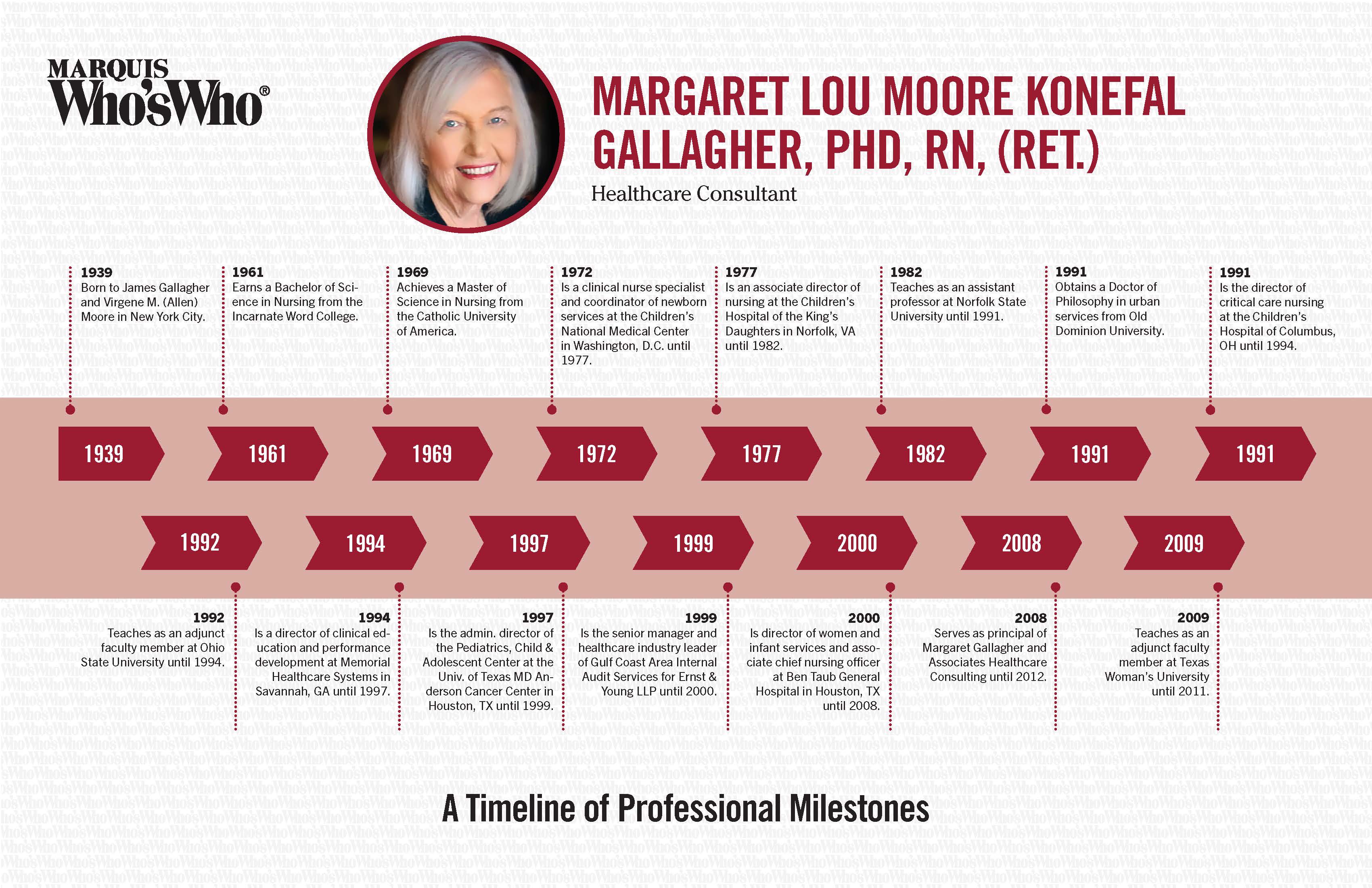 Earns a Bachelor of Science in Nursing from the Incarnate Word College.

Achieves a Master of Science in Nursing from the Catholic University of America.

Is a clinical nurse specialist and coordinator of newborn services at the Children’s National Medical Center in Washington, D.C. until 1977.

Is an associate director of nursing at the Children’s Hospital of the King’s Daughters in Norfolk, VA until 1982.

Teaches as an assistant professor at Norfolk State University until 1991.

Obtains a Doctor of Philosophy in urban services from Old Dominion University.

Is the director of critical care nursing at the Children’s Hospital of Columbus, OH until 1994.

Teaches as an adjunct faculty member at Ohio State University until 1994.

Is a director of clinical education and performance development at Memorial Healthcare Systems in Savannah, GA until 1997.

Is the admin. director of the Pediatrics, Child & Adolescent Center at the Univ. of Texas MD Anderson Cancer Center in Houston, TX until 1999.

Is the senior manager and healthcare industry leader of Gulf Coast Area Internal Audit Services for Ernst & Young LLP until 2000.

Is director of women and infant services and associate chief nursing officer at Ben Taub General Hospital in Houston, TX until 2008.

Serves as principal of Margaret Gallagher and Associates Healthcare Consulting until 2012.

Teaches as an adjunct faculty member at Texas Woman’s University until 2011.