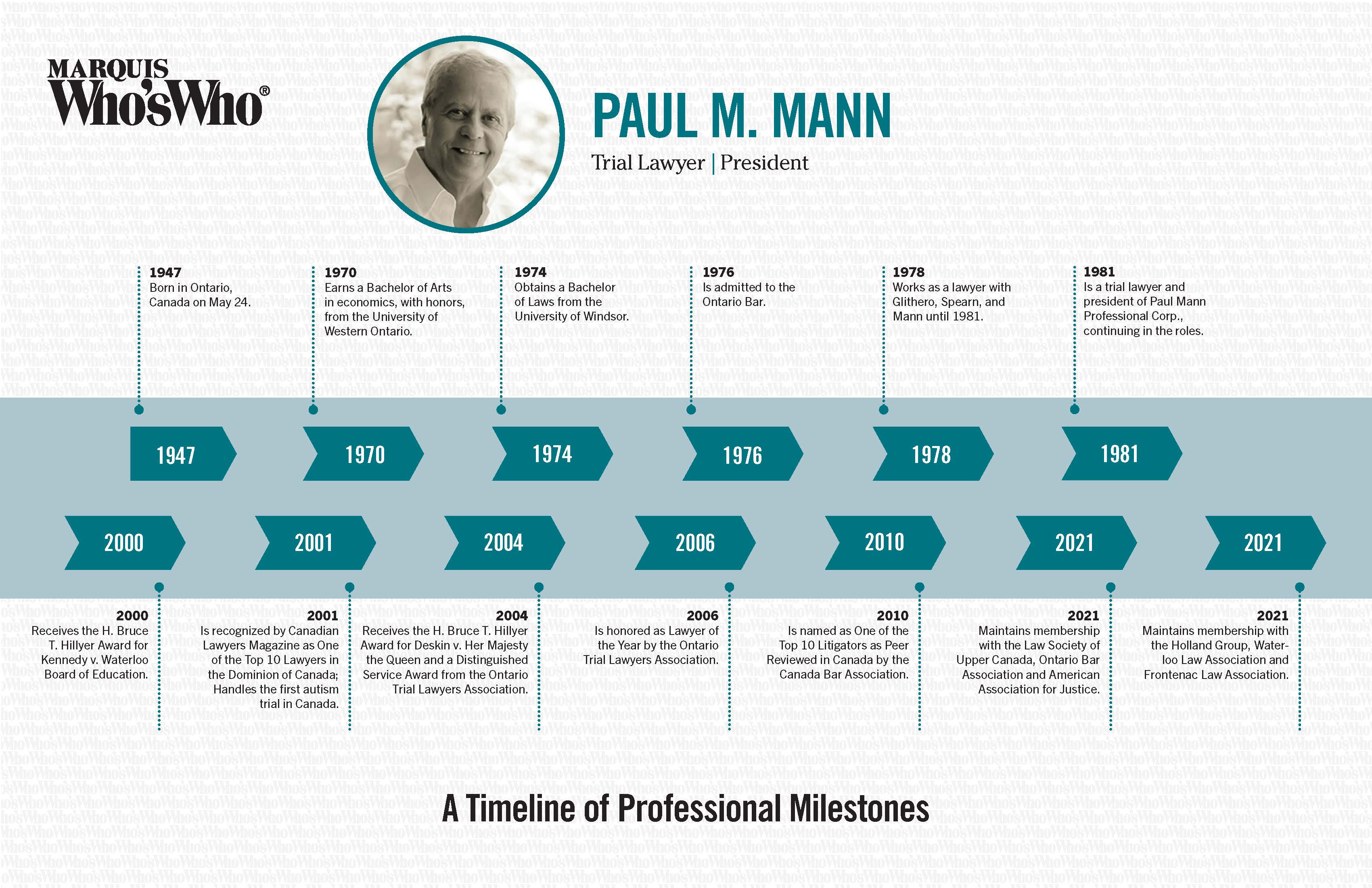 Born in Ontario, Canada on May 24.

Earns a Bachelor of Arts in economics, with honors, from the University of Western Ontario.

Obtains a Bachelor of Laws from the University of Windsor.

Is admitted to the Ontario Bar.

Works as a lawyer with Glithero, Spearn, and Mann until 1981.

Is a trial lawyer and president of Paul Mann Professional Corp., continuing in the roles.

Is recognized by Canadian Lawyers Magazine as One of the Top 10 Lawyers in the Dominion of Canada; Handles the first autism trial in Canada.

Receives the H. Bruce T. Hillyer Award for Deskin v. Her Majesty the Queen and a Distinguished Service Award from the Ontario Trial Lawyers Association.

Is honored as Lawyer of the Year by the Ontario Trial Lawyers Association.

Is named as One of the Top 10 Litigators as Peer Reviewed in Canada by the Canada Bar Association.