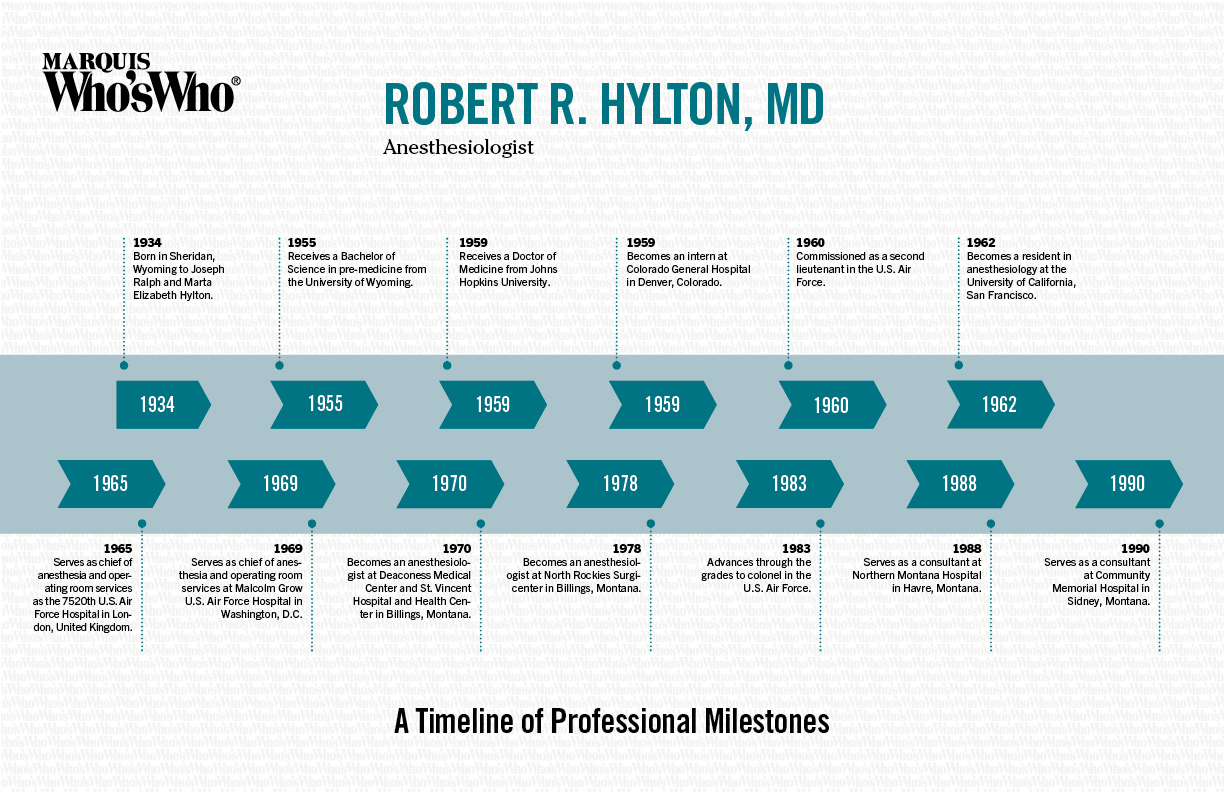 Receives a Bachelor of Science in pre-medicine from the University of Wyoming.

Receives a Doctor of Medicine from Johns Hopkins University.

Becomes an intern at Colorado General Hospital in Denver, Colorado.

Commissioned as a second lieutenant in the U.S. Air Force.

Becomes a resident in anesthesiology at the University of California, San Francisco.

Serves as chief of anesthesia and operating room services as the 7520th U.S. Air Force Hospital in London, United Kingdom.

Becomes an anesthesiologist at North Rockies Surgicenter in Billings, Montana.

Advances through the grades to colonel in the U.S. Air Force.

Serves as a consultant at Northern Montana Hospital in Havre, Montana.

Serves as a consultant at Community Memorial Hospital in Sidney, Montana.