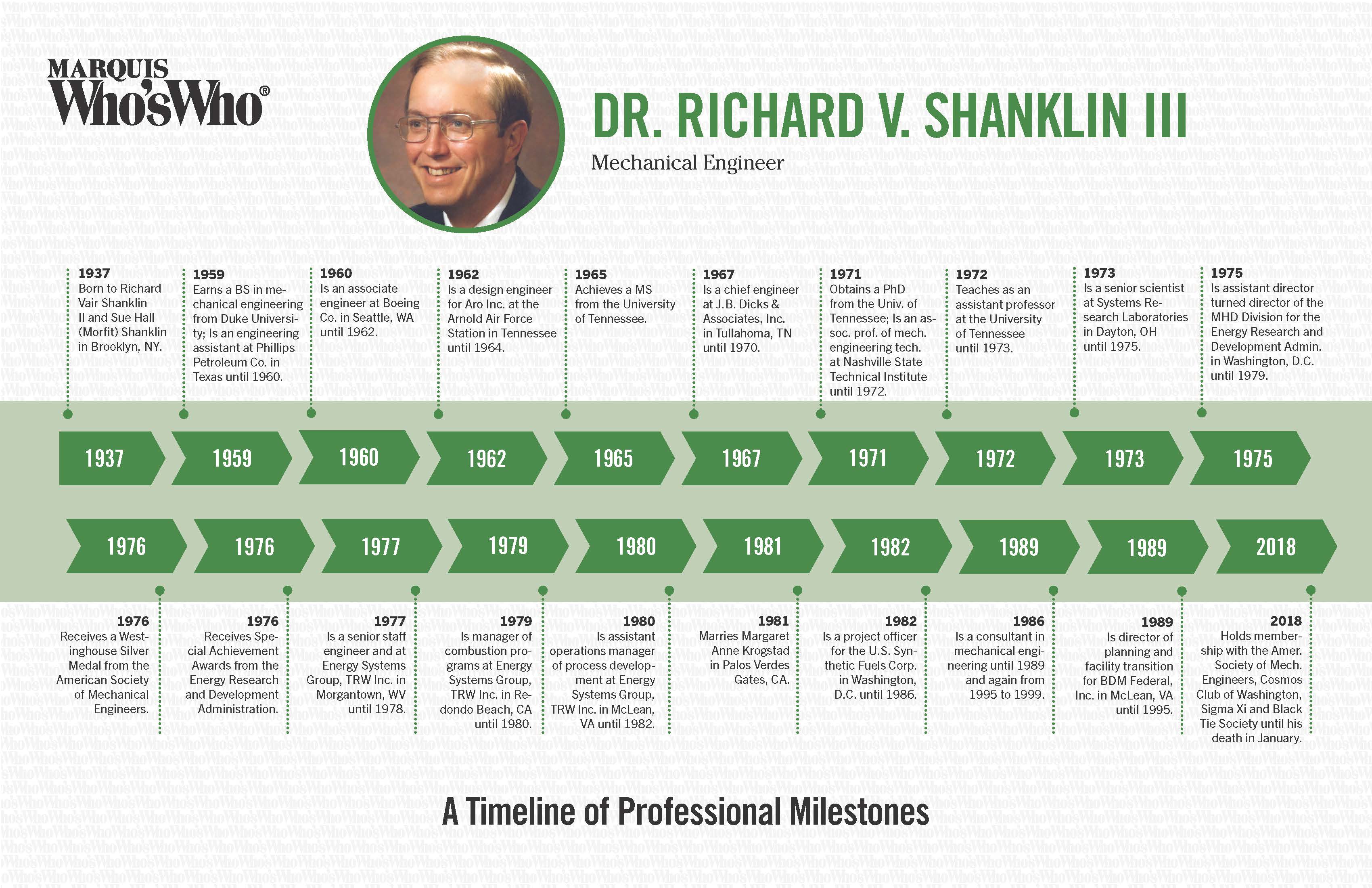 Earns a BS in mechanical engineering from Duke University; Is an engineering assistant at Phillips Petroleum Co. in Texas until 1960.

Is an associate engineer at Boeing Co. in Seattle, WA until 1962.

Is a design engineer for Aro Inc. at the Arnold Air Force Station in Tennessee until 1964.

Achieves a MS from the University of Tennessee.

Obtains a PhD from the Univ. of Tennessee; Is an assoc. prof. of mech. engineering tech. at Nashville State Technical Institute until 1972.

Teaches as an assistant professor at the University of Tennessee until 1973.

Is a senior scientist at Systems Research Laboratories in Dayton, OH until 1975.

Is assistant director turned director of the MHD Division for the Energy Research and Development Admin. in Washington, D.C. until 1979.

Receives a Westinghouse Silver Medal from the American Society of Mechanical Engineers.

Is a senior staff engineer and at Energy Systems Group, TRW Inc. in Morgantown, WV until 1978.

Is manager of combustion programs at Energy Systems Group, TRW Inc. in Redondo Beach, CA until 1980.

Is a project officer for the U.S. Synthetic Fuels Corp. in Washington, D.C. until 1986.

Is director of planning and facility transition for BDM Federal, Inc. in McLean, VA until 1995.

Holds membership with the Amer. Society of Mech. Engineers, Cosmos Club of Washington, Sigma Xi and Black Tie Society until his death in January.