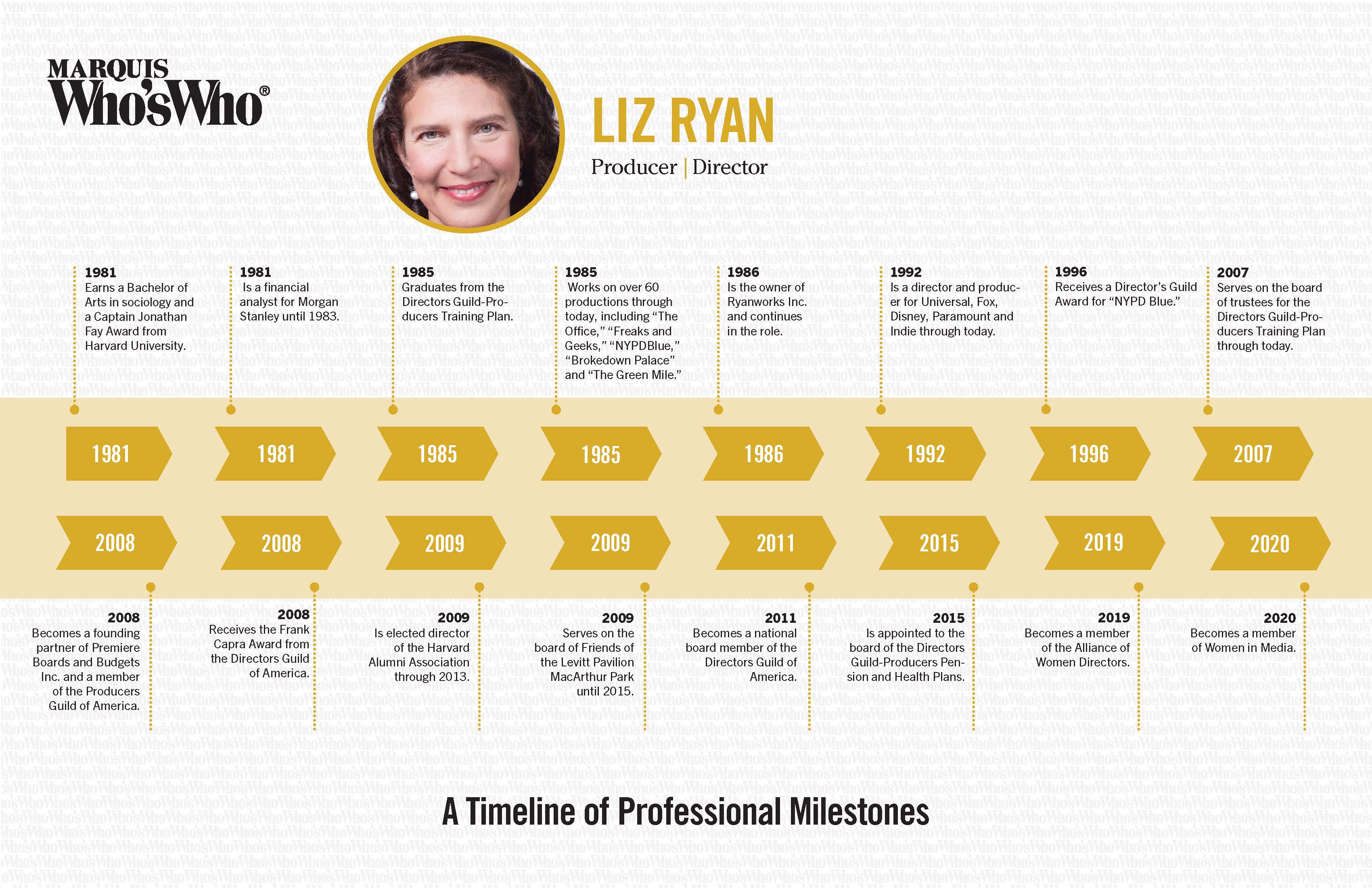 Earns a Bachelor of Arts in sociology and a Captain Jonathan Fay Award from Harvard University.

Is a financial analyst for Morgan Stanley until 1983.

Works on over 60 productions through today, including “The Office,” “Freaks and Geeks,” “NYPDBlue,” “Brokedown Palace” and “The Green Mile.”

Is the owner of Ryanworks Inc. and continues in the role.

Is a director and producer for Universal, Fox, Disney, Paramount and Indie through today.

Serves on the board of trustees for the Directors Guild-Producers Training Plan through today.

Becomes a founding partner of Premiere Boards and Budgets Inc. and a member of the Producers Guild of America.

Receives the Frank Capra Award from the Directors Guild of America.

Is elected director of the Harvard Alumni Association through 2013.

Serves on the board of Friends of the Levitt Pavilion MacArthur Park until 2015.

Becomes a national board member of the Directors Guild of America.

Is appointed to the board of the Directors Guild-Producers Pension and Health Plans.

Becomes a member of the Alliance of Women Directors.

Becomes a member of Women in Media.