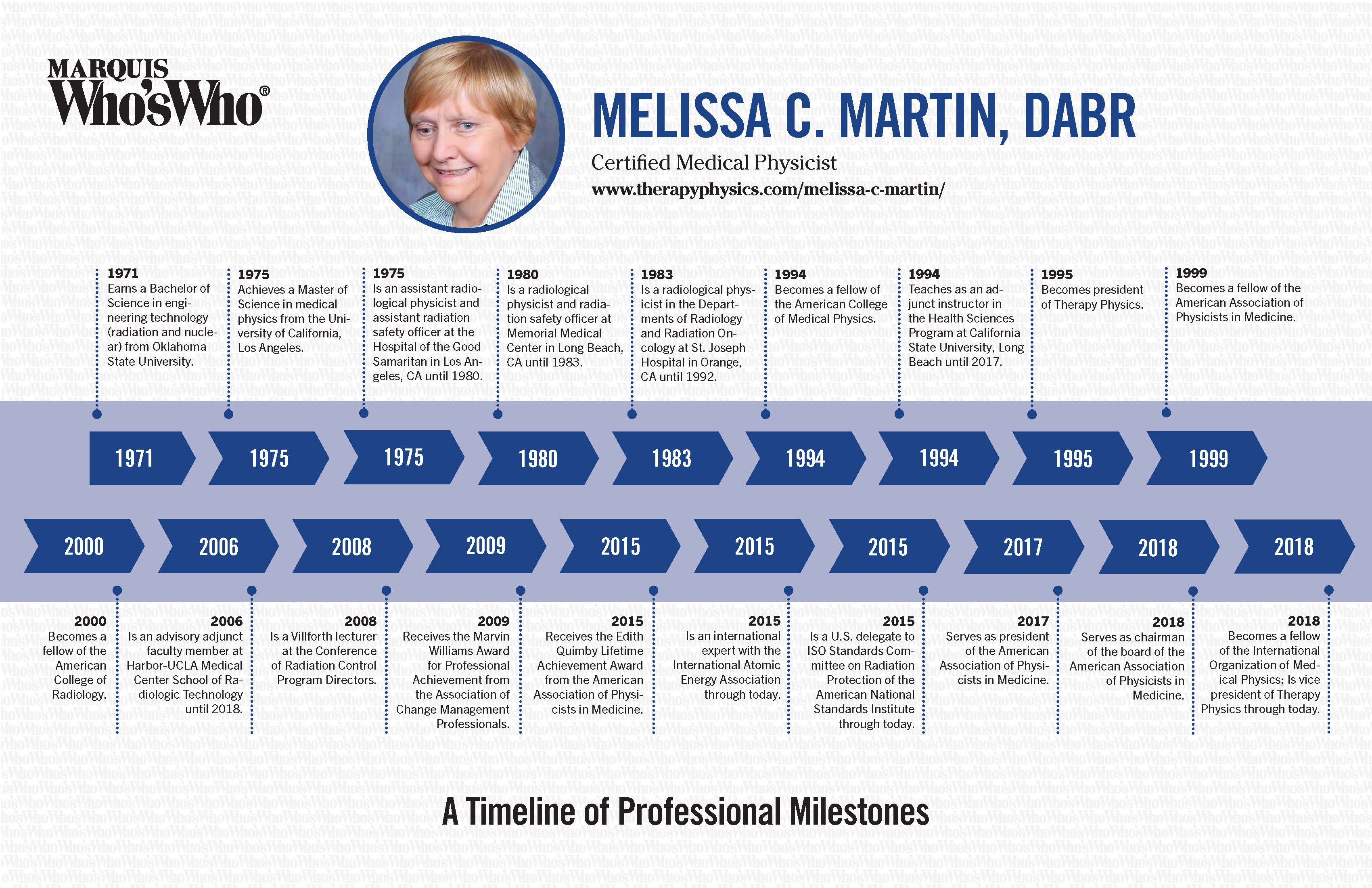 Earns a Bachelor of Science in engineering technology (radiation and nuclear) from Oklahoma State University.

Achieves a Master of Science in medical physics from the University of California, Los Angeles.

Is an assistant radiological physicist and assistant radiation safety officer at the Hospital of the Good Samaritan in Los Angeles, CA until 1980.

Is a radiological physicist and radiation safety officer at Memorial Medical Center in Long Beach, CA until 1983.

Is a radiological physicist in the Departments of Radiology and Radiation Oncology at St. Joseph Hospital in Orange, CA until 1992.

Becomes a fellow of the American College of Medical Physics.

Teaches as an adjunct instructor in the Health Sciences Program at California State University, Long Beach until 2017.

Becomes a fellow of the American Association of Physicists in Medicine.

Becomes a fellow of the American College of Radiology.

Is an advisory adjunct faculty member at Harbor-UCLA Medical Center School of Radiologic Technology until 2018.

Is a Villforth lecturer at the Conference of Radiation Control Program Directors.

Receives the Marvin Williams Award for Professional Achievement from the Association of Change Management Professionals.

Receives the Edith Quimby Lifetime Achievement Award from the American Association of Physicists in Medicine.

Is an international expert with the International Atomic Energy Association through today.

Is a U.S. delegate to ISO Standards Committee on Radiation Protection of the American National Standards Institute through today.

Serves as president of the American Association of Physicists in Medicine.

Serves as chairman of the board of the American Association of Physicists in Medicine.

Becomes a fellow of the International Organization of Medical Physics; Is vice president of Therapy Physics through today.