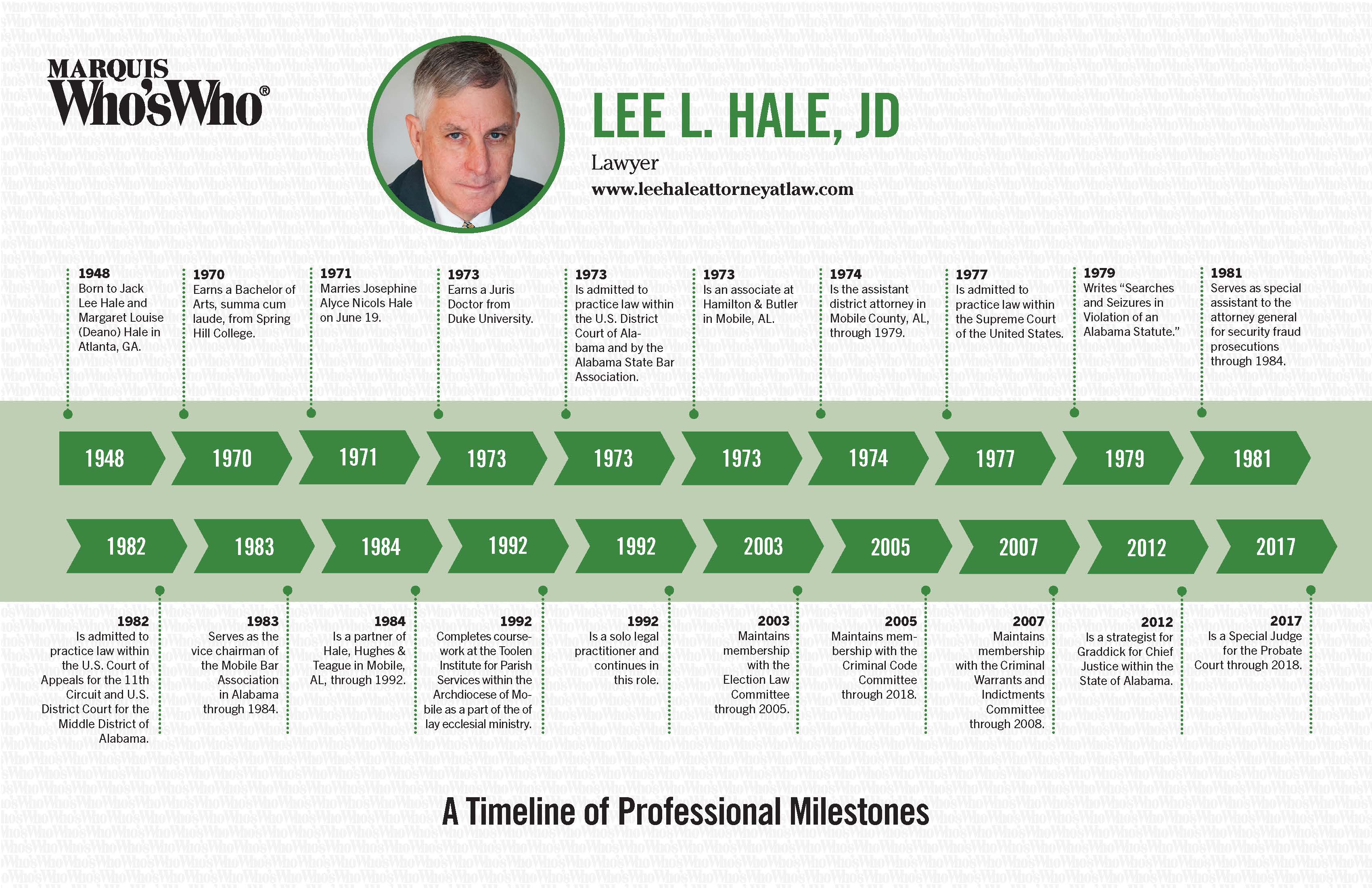 Is admitted to practice law within the U.S. District Court of Alabama and by the Alabama State Bar Association.

Is an associate at Hamilton & Butler in Mobile, AL.

Is the assistant district attorney in Mobile County, AL, through 1979.

Is admitted to practice law within the Supreme Court of the United States.

Writes “Searches and Seizures in Violation of an Alabama Statute.”

Serves as special assistant to the attorney general for security fraud prosecutions through 1984.

Is admitted to practice law within the U.S. Court of Appeals for the 11th Circuit and U.S. District Court for the Middle District of Alabama.

Serves as the vice chairman of the Mobile Bar Association in Alabama through 1984.

Completes coursework at the Toolen Institute for Parish Services within the Archdiocese of Mobile as a part of the of lay ecclesial ministry.

Is a solo legal practitioner and continues in this role.

Maintains membership with the Election Law Committee through 2005.

Maintains membership with the Criminal Code Committee through 2018.

Maintains membership with the Criminal Warrants and Indictments Committee through 2008.

Is a strategist for Graddick for Chief Justice within the State of Alabama.

Is a Special Judge for the Probate Court through 2018.