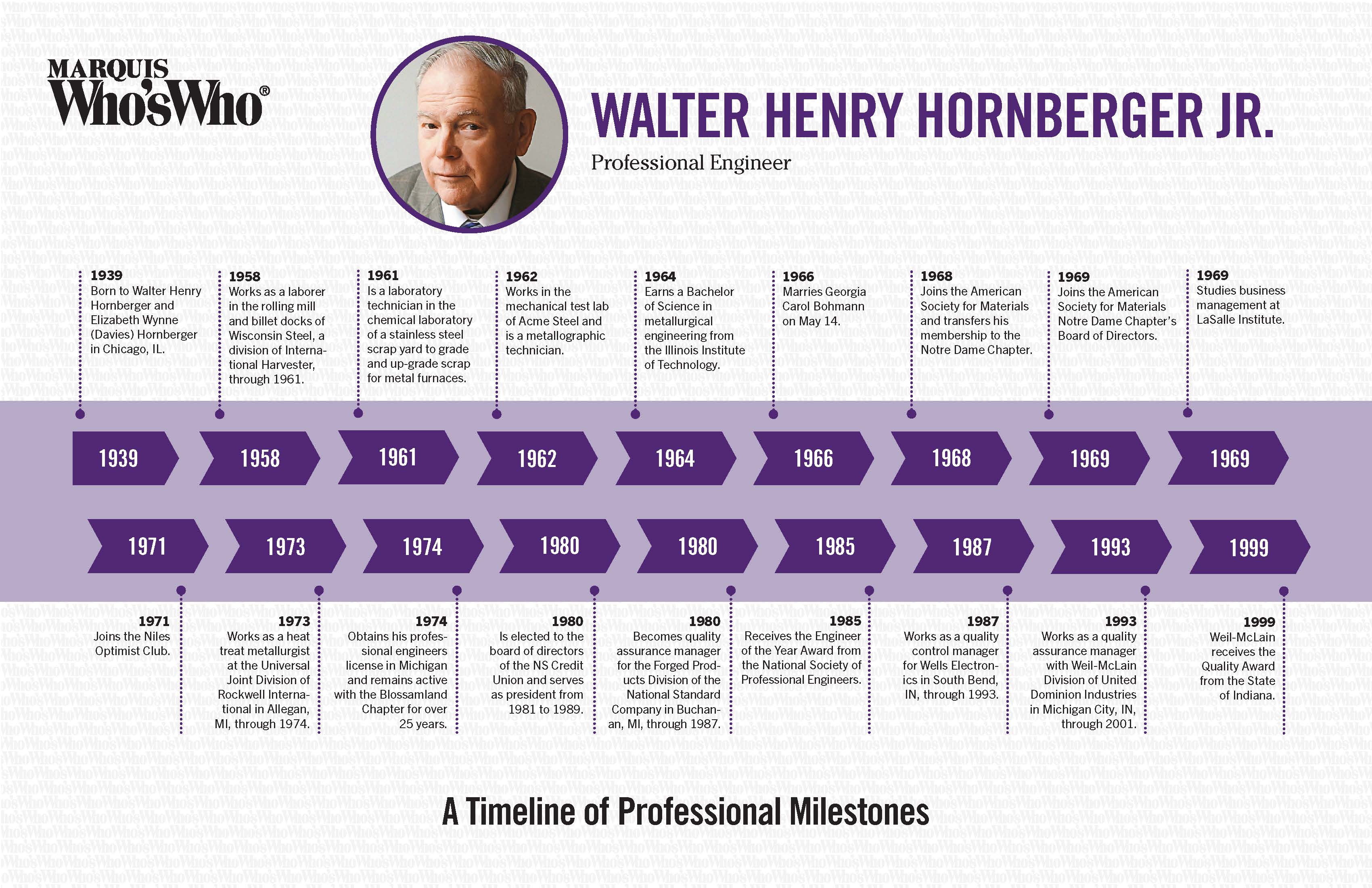 Works as a laborer in the rolling mill and billet docks of Wisconsin Steel, a division of International Harvester, through 1961.

Is a laboratory technician in the chemical laboratory of a stainless steel scrap yard to grade and up-grade scrap for metal furnaces.

Works in the mechanical test lab of Acme Steel and is a metallographic technician.

Earns a Bachelor of Science in metallurgical engineering from the Illinois Institute of Technology.

Marries Georgia Carol Bohmann on May 14.

Joins the American Society for Materials and transfers his membership to the Notre Dame Chapter.

Joins the American Society for Materials Notre Dame Chapter’s Board of Directors.

Works as a heat treat metallurgist at the Universal Joint Division of Rockwell International in Allegan, MI, through 1974.

Obtains his professional engineers license in Michigan and remains active with the Blossamland Chapter for over 25 years.

Is elected to the board of directors of the NS Credit Union and serves as president from 1981 to 1989.

Becomes quality assurance manager for the Forged Products Division of the National Standard Company in Buchanan, MI, through 1987.

Receives the Engineer of the Year Award from the National Society of Professional Engineers.

Works as a quality control manager for Wells Electronics in South Bend, IN, through 1993.

Works as a quality assurance manager with Weil-McLain Division of United Dominion Industries in Michigan City, IN, through 2001.

Weil-McLain receives the Quality Award from the State of Indiana.