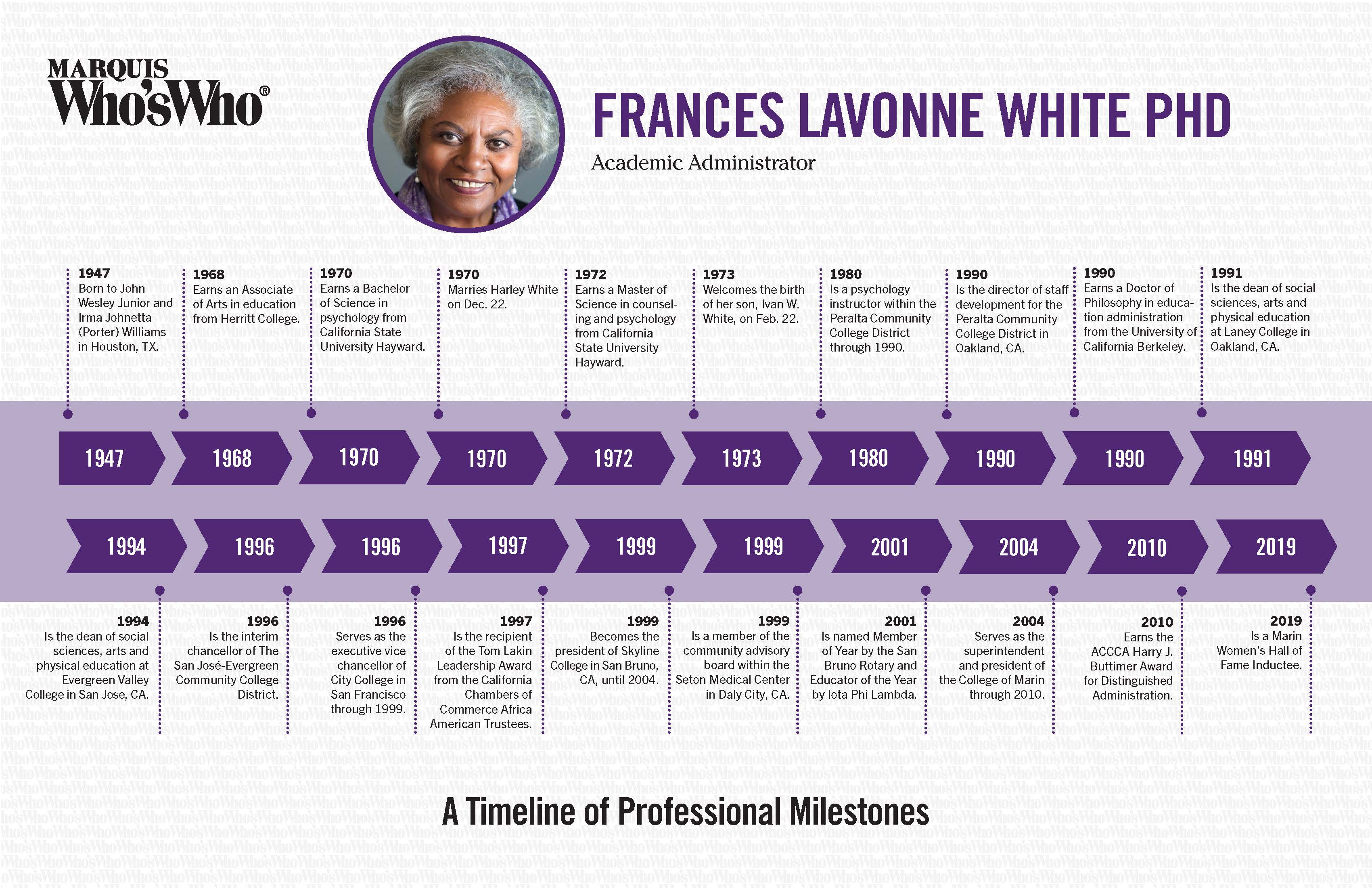 Earns an Associate of Arts in education from Herritt College.

Earns a Bachelor of Science in psychology from California State University Hayward.

Earns a Master of Science in counseling and psychology from California State University Hayward.

Is a psychology instructor within the Peralta Community College District through 1990.

Is the director of staff development for the Peralta Community College District in Oakland, CA.

Earns a Doctor of Philosophy in education administration from the University of California Berkeley.

Is the dean of social sciences, arts and physical education at Laney College in Oakland, CA.

Is the dean of social sciences, arts and physical education at Evergreen Valley College in San Jose, CA.

Is the interim chancellor of The San José-Evergreen Community College District.

Serves as the executive vice chancellor of City College in San Francisco through 1999.

Is the recipient of the Tom Lakin Leadership Award from the California Chambers of Commerce Africa American Trustees.

Becomes the president of Skyline College in San Bruno, CA, until 2004.

Is a member of the community advisory board within the Seton Medical Center in Daly City, CA.

Is named Member of Year by the San Bruno Rotary and Educator of the Year by Iota Phi Lambda.

Serves as the superintendent and president of the College of Marin through 2010.

Is a Marin Women’s Hall of Fame Inductee.