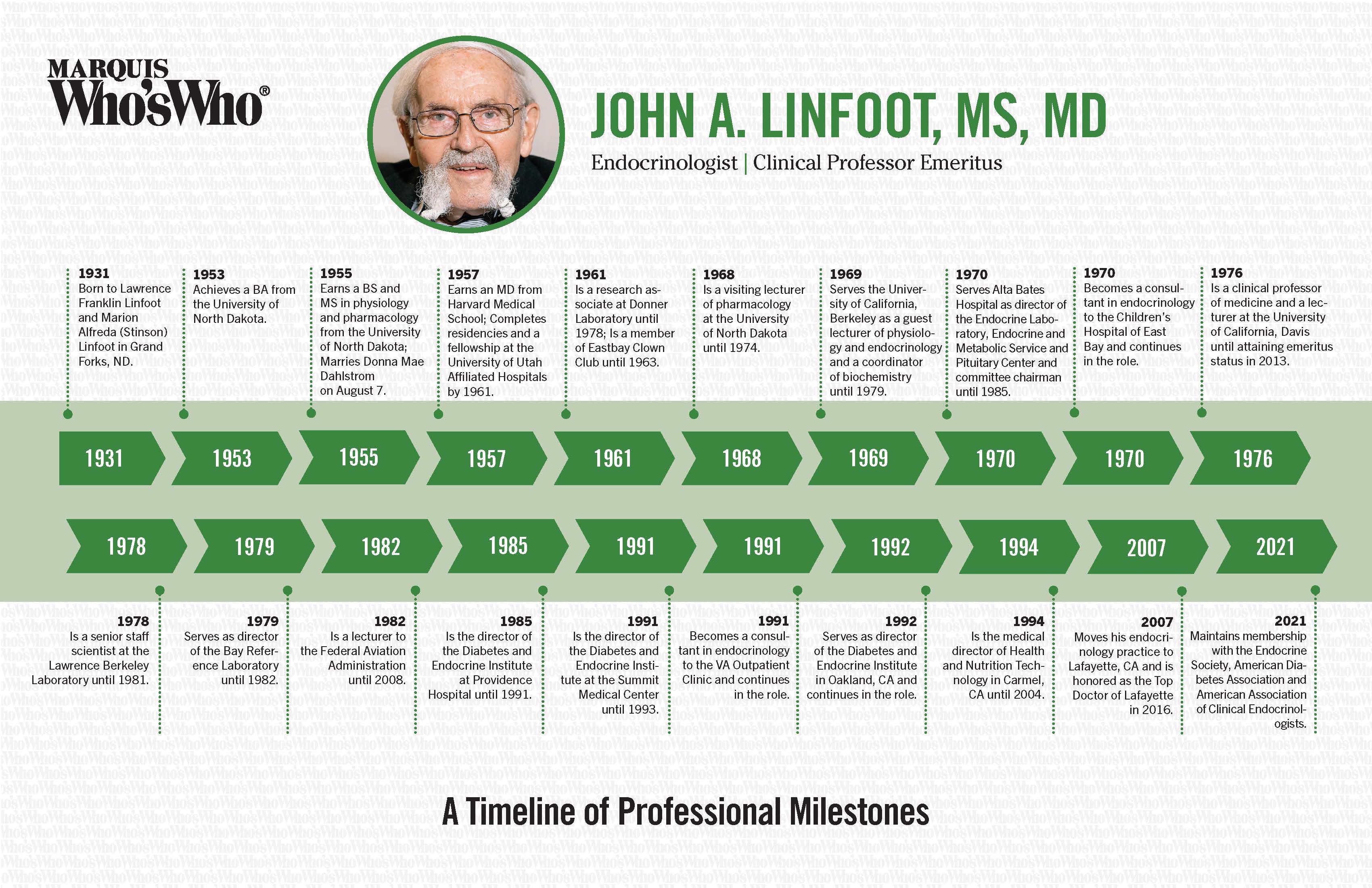 Achieves a BA from the University of North Dakota.

Earns a BS and MS in physiology and pharmacology from the University of North Dakota; Marries Donna Mae Dahlstrom on August 7.

Earns an MD from Harvard Medical School; Completes residencies and a fellowship at the University of Utah Affiliated Hospitals by 1961.

Is a research associate at Donner Laboratory until 1978; Is a member of Eastbay Clown Club until 1963.

Is a visiting lecturer of pharmacology at the University of North Dakota until 1974.

Serves the University of California, Berkeley as a guest lecturer of physiology and endocrinology and a coordinator of biochemistry until 1979.

Serves Alta Bates Hospital as director of the Endocrine Laboratory, Endocrine and Metabolic Service and Pituitary Center and committee chairman until 1985.

Becomes a consultant in endocrinology to the Children’s Hospital of East Bay and continues in the role.

Is a clinical professor of medicine and a lecturer at the University of California, Davis until attaining emeritus status in 2013.

Is a senior staff scientist at the Lawrence Berkeley Laboratory until 1981.

Serves as director of the Bay Reference Laboratory until 1982.

Is a lecturer to the Federal Aviation Administration until 2008.

Is the director of the Diabetes and Endocrine Institute at Providence Hospital until 1991.

Is the director of the Diabetes and Endocrine Institute at the Summit Medical Center until 1993.

Becomes a consultant in endocrinology to the VA Outpatient Clinic and continues in the role.

Serves as director of the Diabetes and Endocrine Institute in Oakland, CA and continues in the role.

Is the medical director of Health and Nutrition Technology in Carmel, CA until 2004.

Moves his endocrinology practice to Lafayette, CA and is honored as the Top Doctor of Lafayette in 2016.