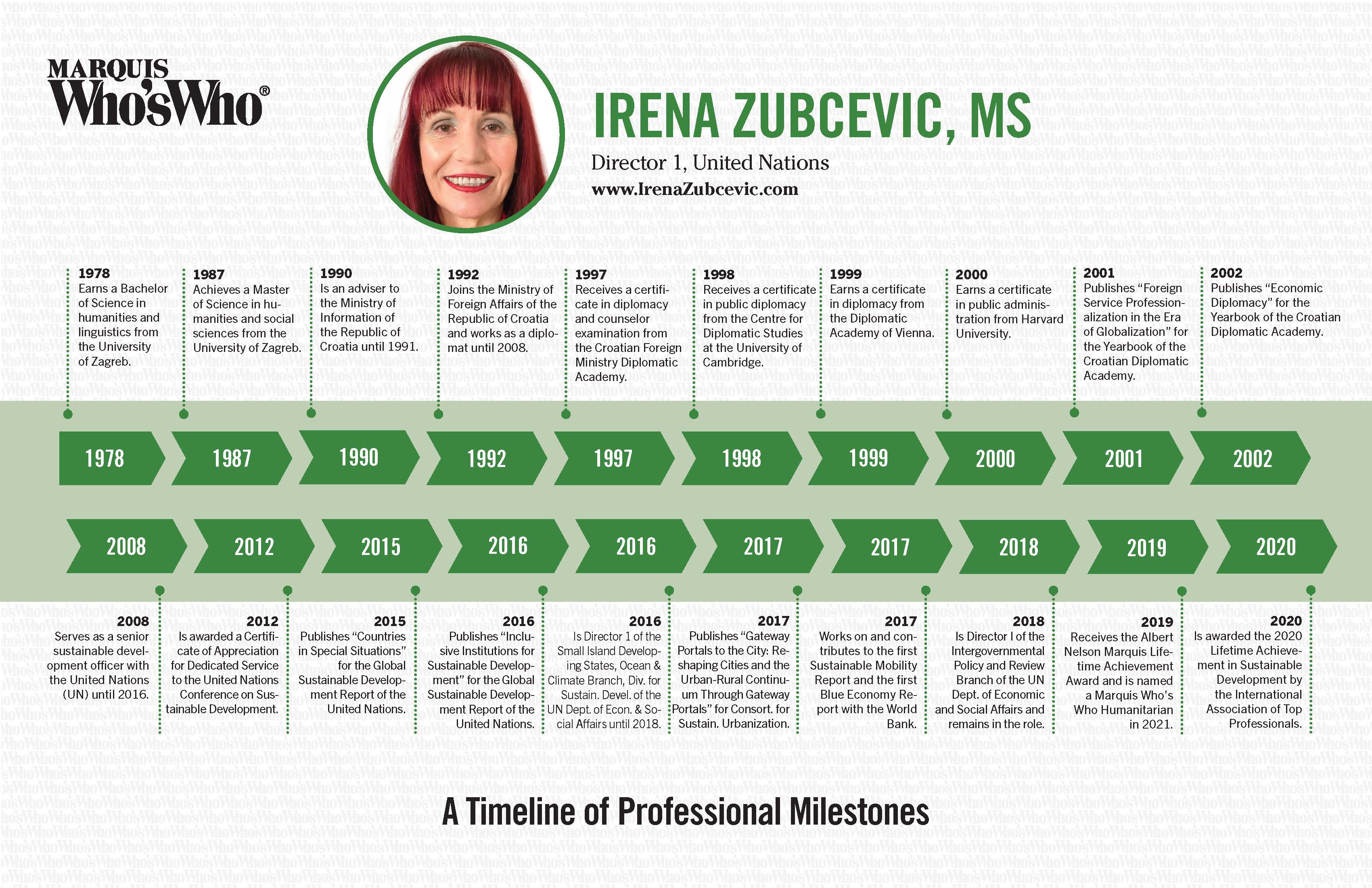 Earns a Bachelor of Science in humanities and linguistics from the University of Zagreb.

Achieves a Master of Science in humanities and social sciences from the University of Zagreb.

Is an adviser to the Ministry of Information of the Republic of Croatia until 1991.

Joins the Ministry of Foreign Affairs of the Republic of Croatia and works as a diplomat until 2008.

Receives a certificate in diplomacy and counselor examination from the Croatian Foreign Ministry Diplomatic Academy.

Receives a certificate in public diplomacy from the Centre for Diplomatic Studies at the University of Cambridge.

Earns a certificate in diplomacy from the Diplomatic Academy of Vienna.

Earns a certificate in public administration from Harvard University.

Publishes “Foreign Service Professionalization in the Era of Globalization” for the Yearbook of the Croatian Diplomatic Academy.

Publishes “Economic Diplomacy” for the Yearbook of the Croatian Diplomatic Academy.

Serves as a senior sustainable development officer with the United Nations (UN) until 2016.

Is awarded a Certificate of Appreciation for Dedicated Service to the United Nations Conference on Sustainable Development.

Publishes “Countries in Special Situations” for the Global Sustainable Development Report of the United Nations.

Is Director 1 of the Small Island Developing States, Ocean & Climate Branch, Div. for Sustain. Devel. of the UN Dept. of Econ. & Social Affairs until 2018.

Publishes “Gateway Portals to the City: Reshaping Cities and the Urban-Rural Continuum Through Gateway Portals” for Consort. for Sustain. Urbanization.

Works on and contributes to the first Sustainable Mobility Report and the first Blue Economy Report with the World Bank.

Is Director I of the Intergovernmental Policy and Review Branch of the UN Dept. of Economic and Social Affairs and remains in the role.

Receives the Albert Nelson Marquis Lifetime Achievement Award and is named a Marquis Who’s Who Humanitarian in 2021.

Is awarded the 2020 Lifetime Achievement in Sustainable Development by the International Association of Top Professionals.