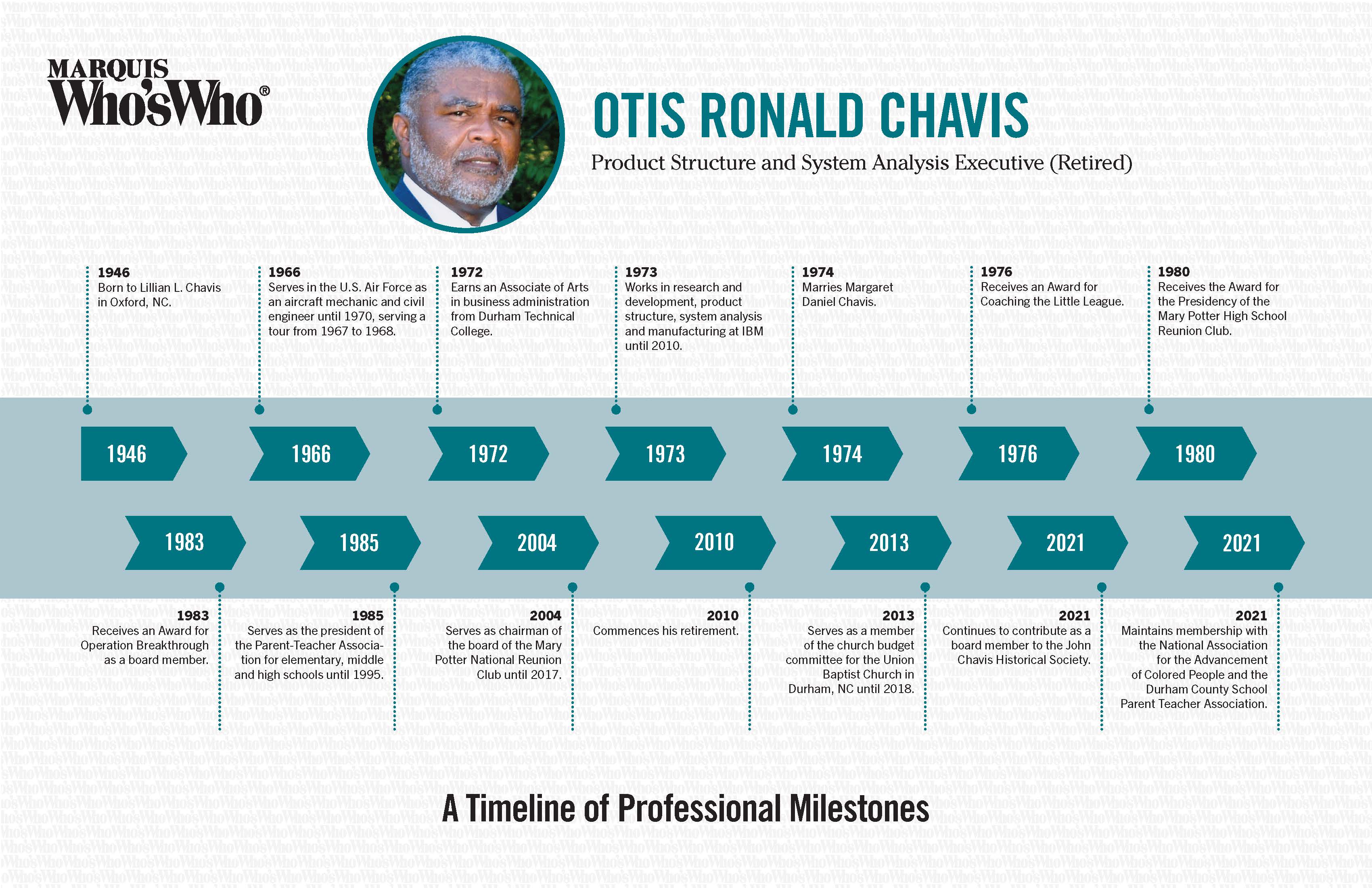 Earns an Associate of Arts in business administration from Durham Technical College.

Works in research and development, product structure, system analysis and manufacturing at IBM until 2010.

Receives an Award for Coaching the Little League.

Receives the Award for the Presidency of the Mary Potter High School Reunion Club.

Receives an Award for Operation Breakthrough as a board member.

Serves as the president of the Parent-Teacher Association for elementary, middle and high schools until 1995.

Serves as chairman of the board of the Mary Potter National Reunion Club until 2017.

Serves as a member of the church budget committee for the Union Baptist Church in Durham, NC until 2018.

Continues to contribute as a board member to the John Chavis Historical Society.

Maintains membership with the National Association for the Advancement of Colored People and the Durham County School Parent Teacher Association.