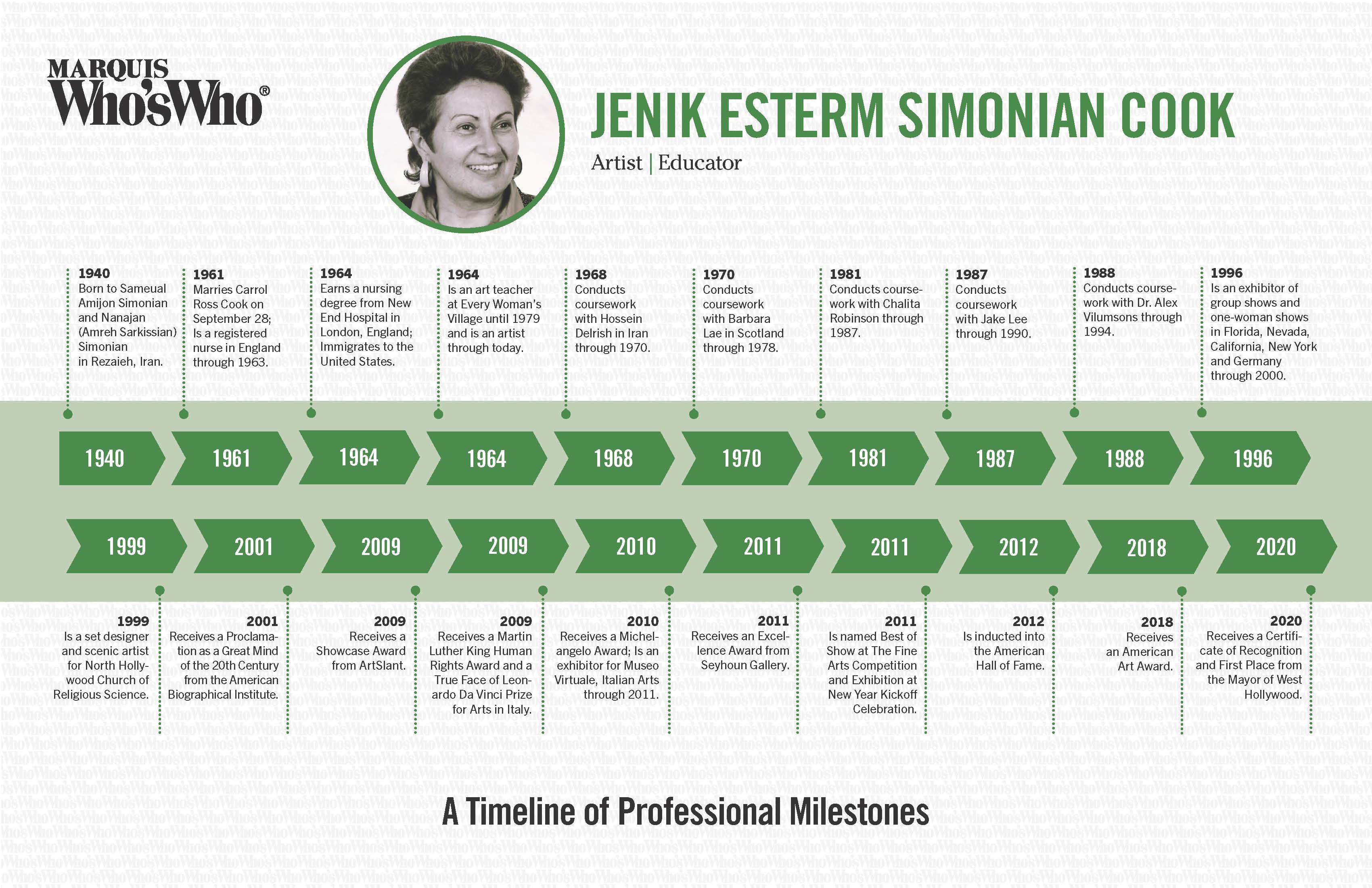 Marries Carrol Ross Cook on September 28; Is a registered nurse in England through 1963.

Earns a nursing degree from New End Hospital in London, England; Immigrates to the United States.

Is an art teacher at Every Woman’s Village until 1979 and is an artist through today.

Conducts coursework with Hossein Delrish in Iran through 1970.

Conducts coursework with Barbara Lae in Scotland through 1978.

Conducts coursework with Chalita Robinson through 1987.

Conducts coursework with Jake Lee through 1990.

Is an exhibitor of group shows and one-woman shows in Florida, Nevada, California, New York and Germany through 2000.

Is a set designer and scenic artist for North Hollywood Church of Religious Science.

Receives a Proclamation as a Great Mind of the 20th Century from the American Biographical Institute.

Receives a Showcase Award from ArtSlant.

Receives a Michelangelo Award; Is an exhibitor for Museo Virtuale, Italian Arts through 2011.

Is named Best of Show at The Fine Arts Competition and Exhibition at New Year Kickoff Celebration.

Is inducted into the American Hall of Fame.

Receives a Certificate of Recognition and First Place from the Mayor of West Hollywood.