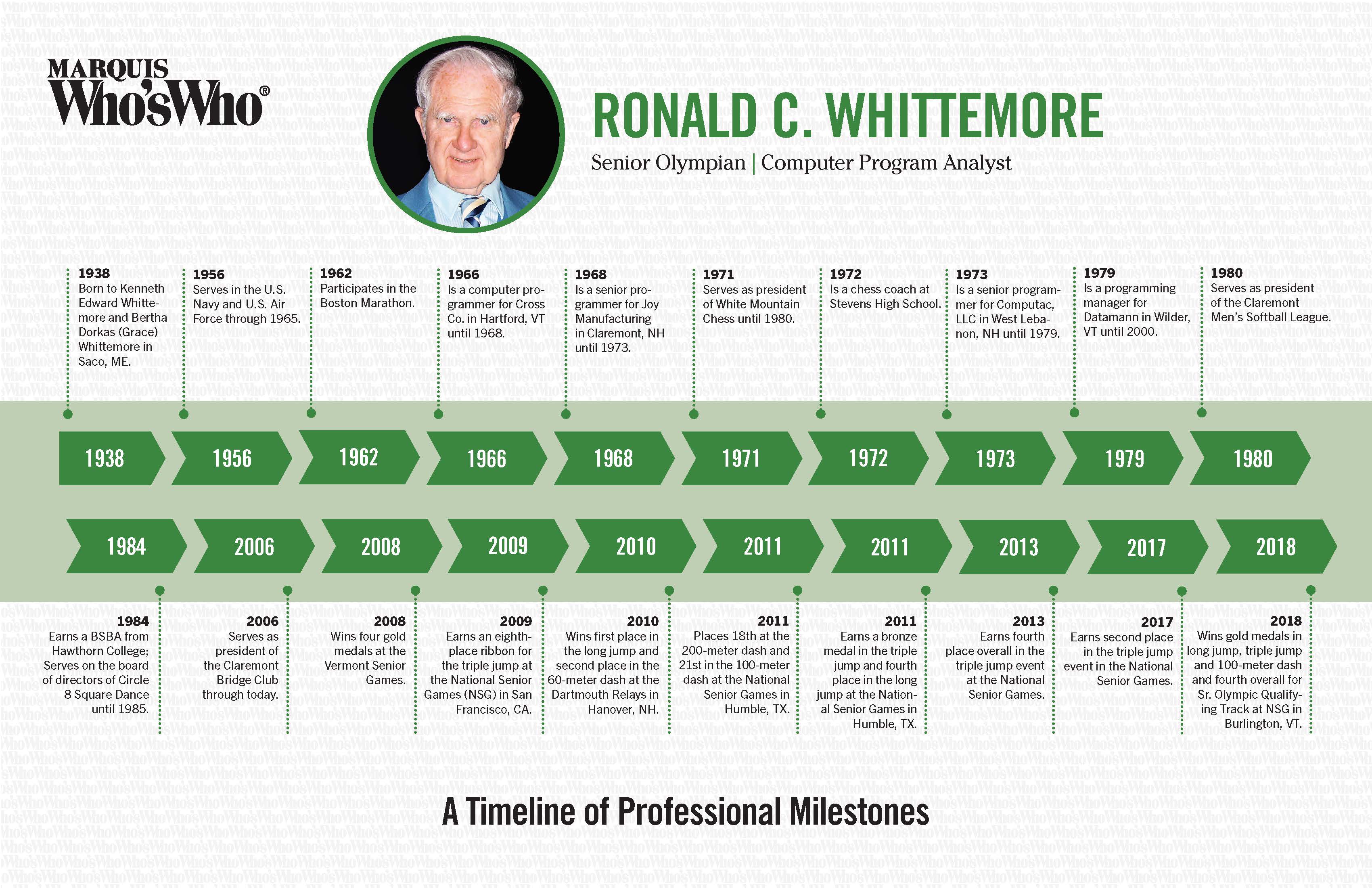 Born to Kenneth Edward Whittemore and Bertha Dorkas (Grace) Whittemore in Saco, ME.

Participates in the Boston Marathon.

Is a computer programmer for Cross Co. in Hartford, VT until 1968.

Is a senior programmer for Joy Manufacturing in Claremont, NH until 1973.

Serves as president of White Mountain Chess until 1980.

Is a chess coach at Stevens High School.

Is a senior programmer for Computac, LLC in West Lebanon, NH until 1979.

Is a programming manager for Datamann in Wilder, VT until 2000.

Serves as president of the Claremont Men’s Softball League.

Earns a BSBA from Hawthorn College; Serves on the board of directors of Circle 8 Square Dance until 1985.

Serves as president of the Claremont Bridge Club through today.

Earns an eighth-place ribbon for the triple jump at the National Senior Games (NSG) in San Francisco, CA.

Wins first place in the long jump and second place in the 60-meter dash at the Dartmouth Relays in Hanover, NH.

Earns a bronze medal in the triple jump and fourth place in the long jump at the National Senior Games in Humble, TX.

Earns second place in the triple jump event in the National Senior Games.