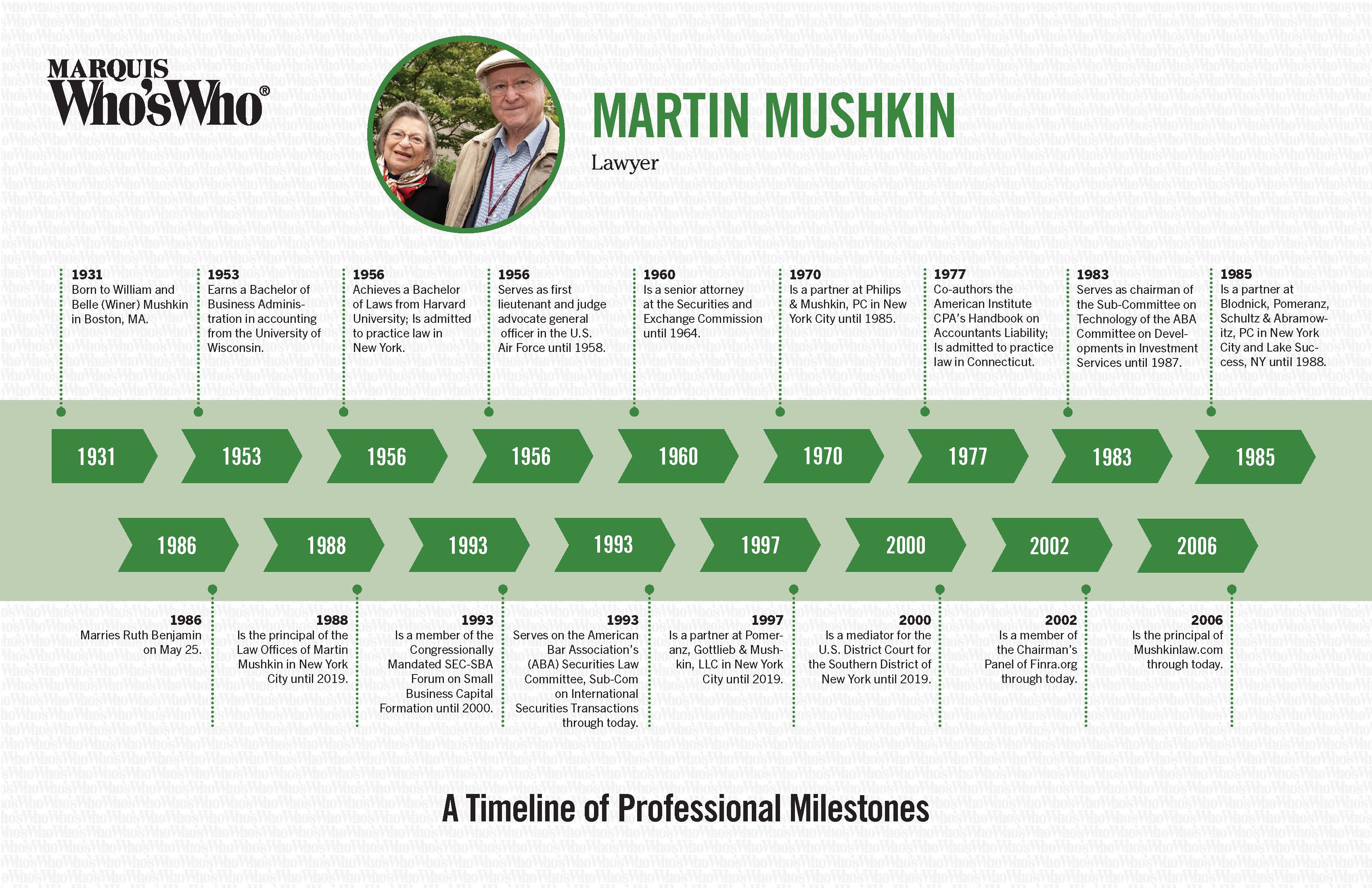 Born to William and Belle (Winer) Mushkin in Boston, MA.

Earns a Bachelor of Business Administration in accounting from the University of Wisconsin.

Achieves a Bachelor of Laws from Harvard University; Is admitted to practice law in New York.

Serves as first lieutenant and judge advocate general officer in the U.S. Air Force until 1958.

Is a senior attorney at the Securities and Exchange Commission until 1964.

Co-authors the American Institute CPA’s Handbook on Accountants Liability; Is admitted to practice law in Connecticut.

Serves as chairman of the Sub-Committee on Technology of the ABA Committee on Developments in Investment Services until 1987.

Is a partner at Blodnick, Pomeranz, Schultz & Abramowitz, PC in New York City and Lake Success, NY until 1988.

Marries Ruth Benjamin on May 25.

Is the principal of the Law Offices of Martin Mushkin in New York City until 2019.

Is a member of the Congressionally Mandated SEC-SBA Forum on Small Business Capital Formation until 2000.

Is a partner at Pomeranz, Gottlieb & Mushkin, LLC in New York City until 2019.

Is a mediator for the U.S. District Court for the Southern District of New York until 2019.

Is a member of the Chairman’s Panel of Finra.org through today.

Is the principal of Mushkinlaw.com through today.