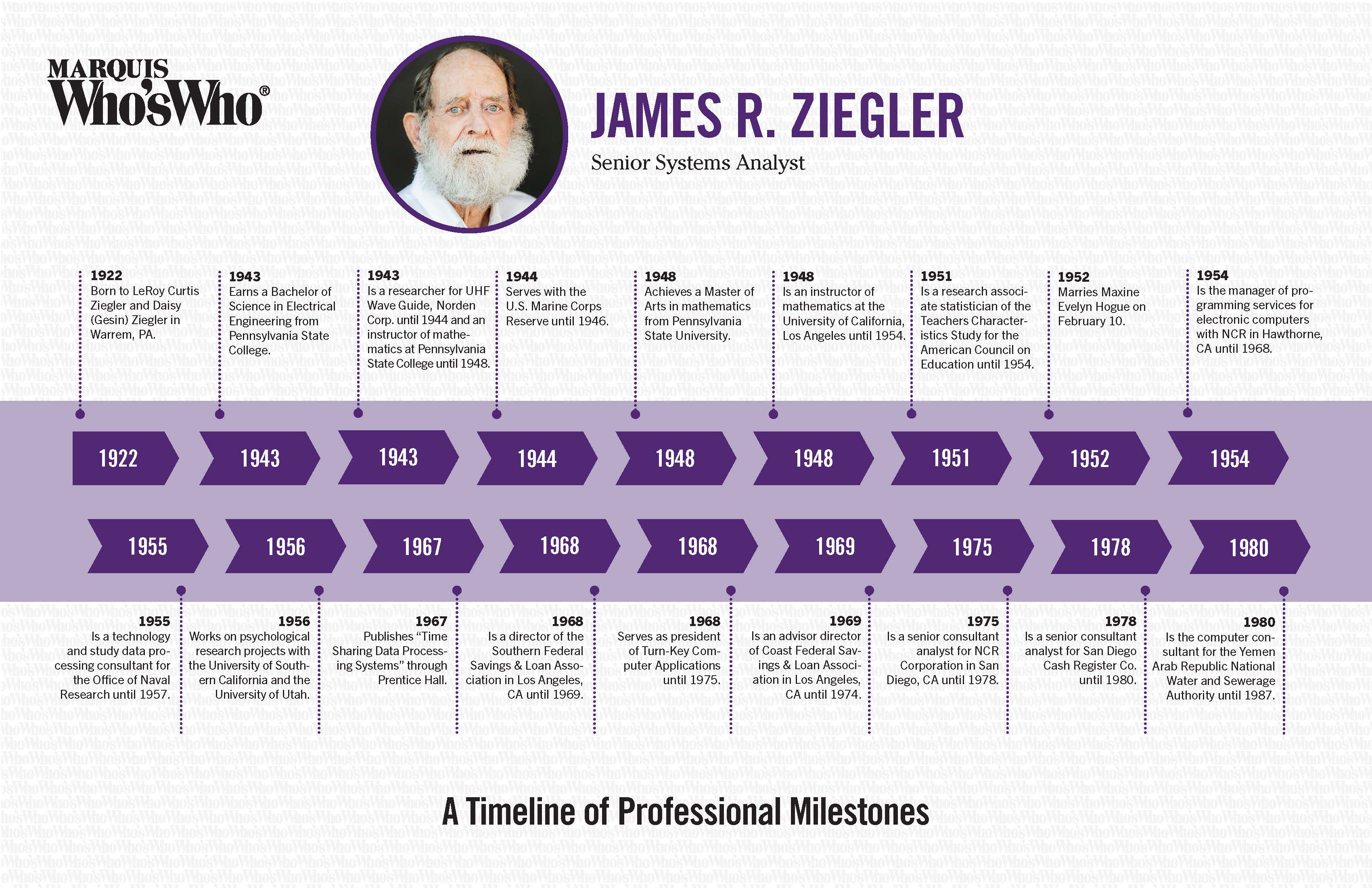 Earns a Bachelor of Science in Electrical Engineering from Pennsylvania State College.

Is a researcher for UHF Wave Guide, Norden Corp. until 1944 and an instructor of mathematics at Pennsylvania State College until 1948.

Serves with the U.S. Marine Corps Reserve until 1946.

Achieves a Master of Arts in mathematics from Pennsylvania State University.

Is an instructor of mathematics at the University of California, Los Angeles until 1954.

Is a research associate statistician of the Teachers Characteristics Study for the American Council on Education until 1954.

Is the manager of programming services for electronic computers with NCR in Hawthorne, CA until 1968.

Is a technology and study data processing consultant for the Office of Naval Research until 1957.

Is a director of the Southern Federal Savings & Loan Association in Los Angeles, CA until 1969.

Serves as president of Turn-Key Computer Applications until 1975.

Is an advisor director of Coast Federal Savings & Loan Association in Los Angeles, CA until 1974.

Is a senior consultant analyst for NCR Corporation in San Diego, CA until 1978.

Is a senior consultant analyst for San Diego Cash Register Co. until 1980.

Is the computer consultant for the Yemen Arab Republic National Water and Sewerage Authority until 1987.