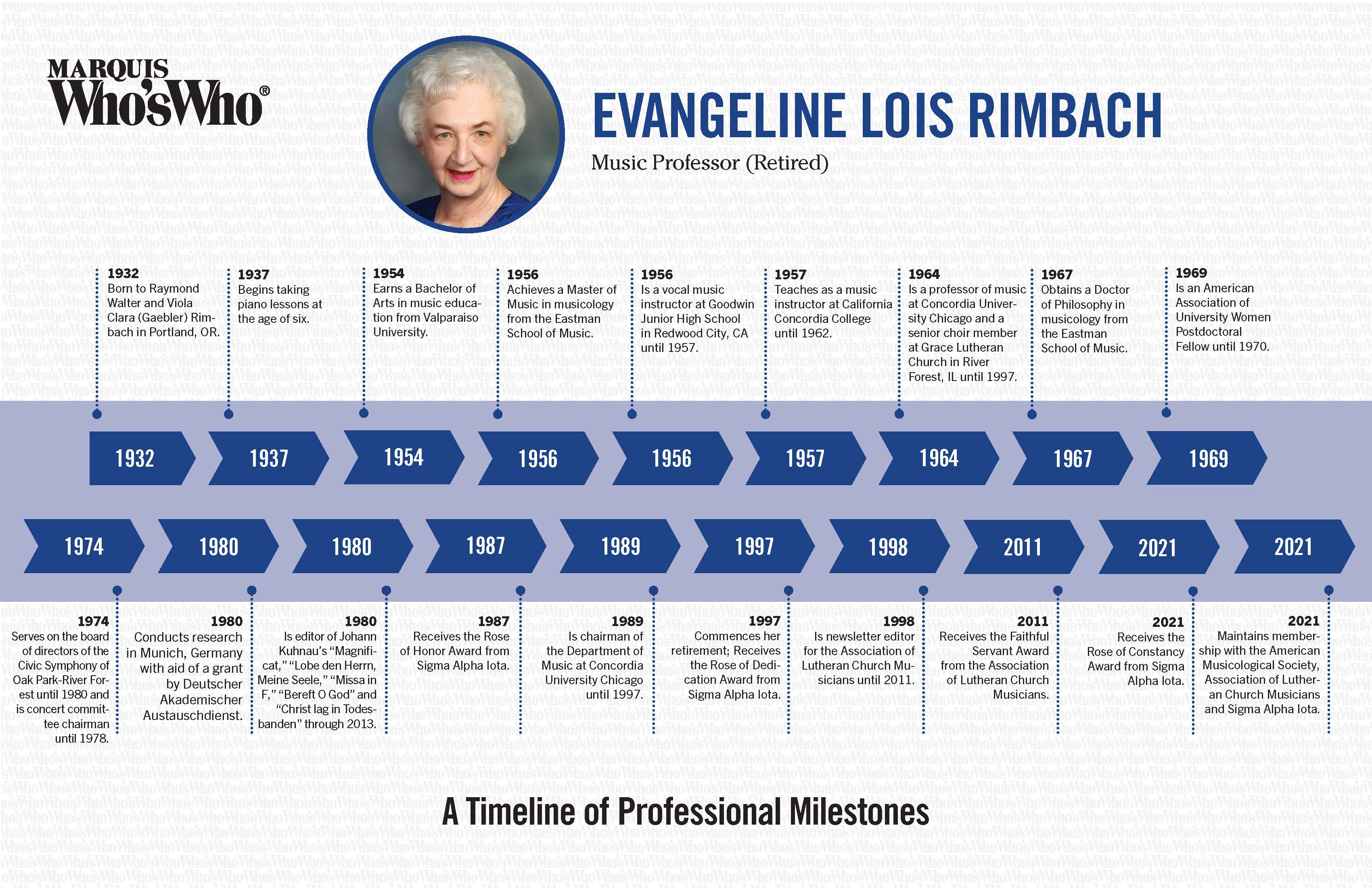 Born to Raymond Walter and Viola Clara (Gaebler) Rimbach in Portland, OR.

Begins taking piano lessons at the age of six.

Earns a Bachelor of Arts in music education from Valparaiso University.

Achieves a Master of Music in musicology from the Eastman School of Music.

Is a vocal music instructor at Goodwin Junior High School in Redwood City, CA until 1957.

Teaches as a music instructor at California Concordia College until 1962.

Is a professor of music at Concordia University Chicago and a senior choir member at Grace Lutheran Church in River Forest, IL until 1997.

Obtains a Doctor of Philosophy in musicology from the Eastman School of Music.

Is an American Association of University Women Postdoctoral Fellow until 1970.

Serves on the board of directors of the Civic Symphony of Oak Park-River Forest until 1980 and is concert committee chairman until 1978.

Conducts research in Munich, Germany with aid of a grant by Deutscher Akademischer Austauschdienst.

Receives the Rose of Honor Award from Sigma Alpha Iota.

Is chairman of the Department of Music at Concordia University Chicago until 1997.

Commences her retirement; Receives the Rose of Dedication Award from Sigma Alpha Iota.

Is newsletter editor for the Association of Lutheran Church Musicians until 2011.

Receives the Faithful Servant Award from the Association of Lutheran Church Musicians.

Receives the Rose of Constancy Award from Sigma Alpha Iota.