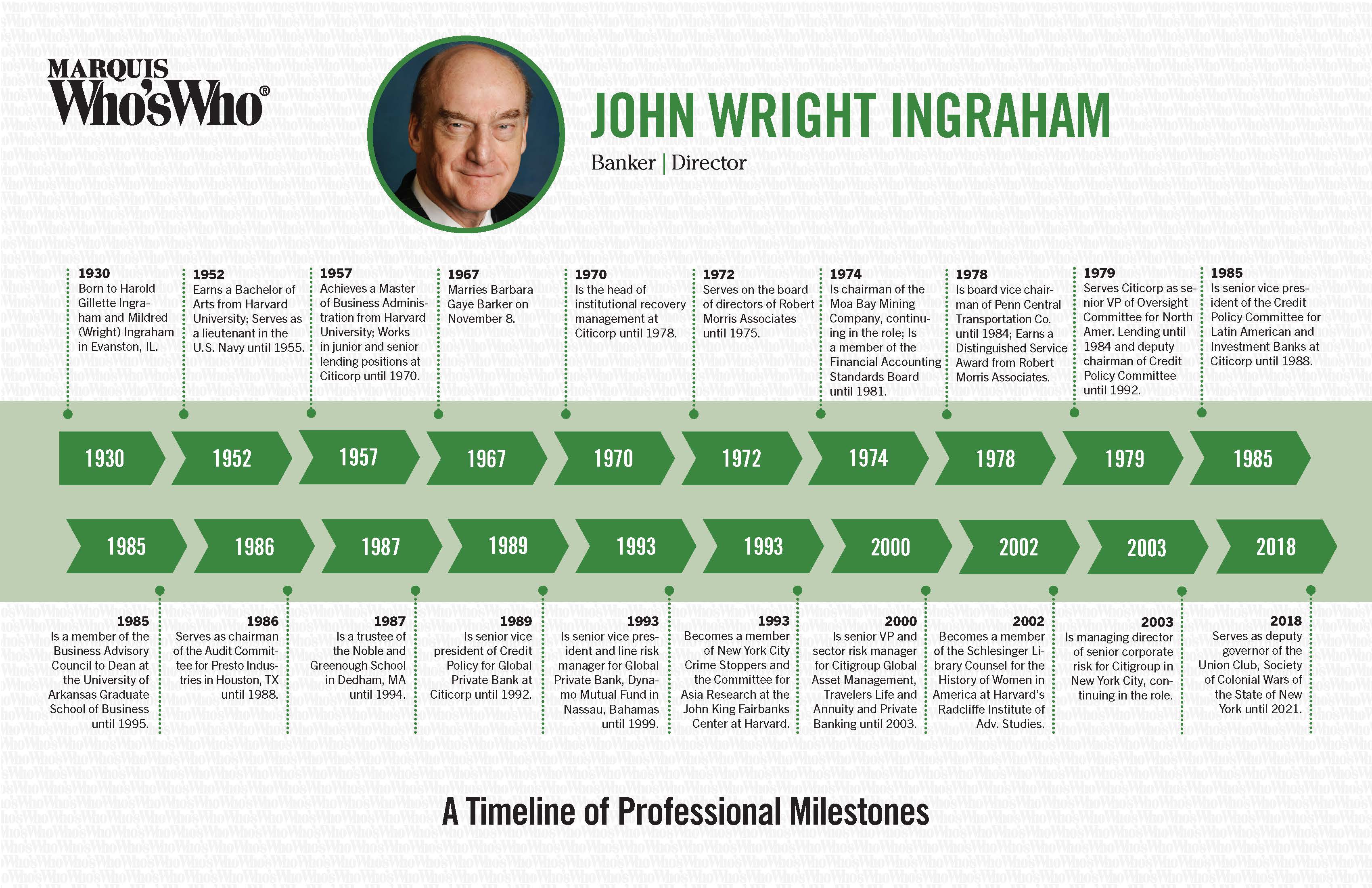 Earns a Bachelor of Arts from Harvard University; Serves as a lieutenant in the U.S. Navy until 1955.

Achieves a Master of Business Administration from Harvard University; Works in junior and senior lending positions at Citicorp until 1970.

Is the head of institutional recovery management at Citicorp until 1978.

Serves on the board of directors of Robert Morris Associates until 1975.

Is chairman of the Moa Bay Mining Company, continuing in the role; Is a member of the Financial Accounting Standards Board until 1981.

Is board vice chairman of Penn Central Transportation Co. until 1984; Earns a Distinguished Service Award from Robert Morris Associates.

Serves Citicorp as senior VP of Oversight Committee for North Amer. Lending until 1984 and deputy chairman of Credit Policy Committee until 1992.

Is senior vice president of the Credit Policy Committee for Latin American and Investment Banks at Citicorp until 1988.

Is a member of the Business Advisory Council to Dean at the University of Arkansas Graduate School of Business until 1995.

Serves as chairman of the Audit Committee for Presto Industries in Houston, TX until 1988.

Is a trustee of the Noble and Greenough School in Dedham, MA until 1994.

Is senior vice president of Credit Policy for Global Private Bank at Citicorp until 1992.

Becomes a member of New York City Crime Stoppers and the Committee for Asia Research at the John King Fairbanks Center at Harvard.

Is senior VP and sector risk manager for Citigroup Global Asset Management, Travelers Life and Annuity and Private Banking until 2003.

Becomes a member of the Schlesinger Library Counsel for the History of Women in America at Harvard’s Radcliffe Institute of Adv. Studies.

Is managing director of senior corporate risk for Citigroup in New York City, continuing in the role.

Serves as deputy governor of the Union Club, Society of Colonial Wars of the State of New York until 2021.