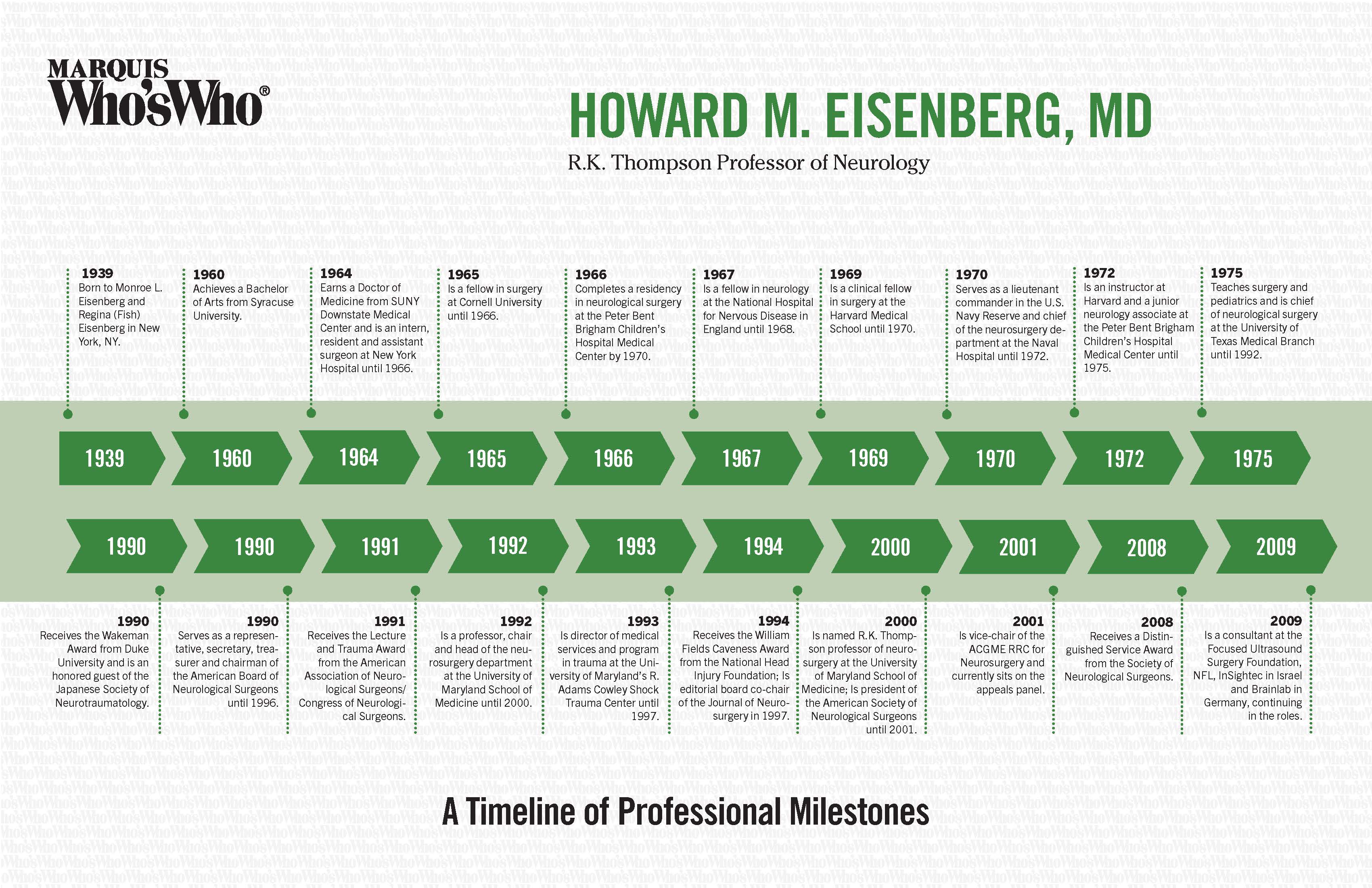 Achieves a Bachelor of Arts from Syracuse University.

Earns a Doctor of Medicine from SUNY Downstate Medical Center and is an intern, resident and assistant surgeon at New York Hospital until 1966.

Is a fellow in surgery at Cornell University until 1966.

Completes a residency in neurological surgery at the Peter Bent Brigham Children’s Hospital Medical Center by 1970.

Is a fellow in neurology at the National Hospital for Nervous Disease in England until 1968.

Is a clinical fellow in surgery at the Harvard Medical School until 1970.

Serves as a lieutenant commander in the U.S. Navy Reserve and chief of the neurosurgery department at the Naval Hospital until 1972.

Is an instructor at Harvard and a junior neurology associate at the Peter Bent Brigham Children’s Hospital Medical Center until 1975.

Teaches surgery and pediatrics and is chief of neurological surgery at the University of Texas Medical Branch until 1992.

Receives the Wakeman Award from Duke University and is an honored guest of the Japanese Society of Neurotraumatology.

Serves as a representative, secretary, treasurer and chairman of the American Board of Neurological Surgeons until 1996.

Is a professor, chair and head of the neurosurgery department at the University of Maryland School of Medicine until 2000.

Is director of medical services and program in trauma at the University of Maryland’s R. Adams Cowley Shock Trauma Center until 1997.

Receives the William Fields Caveness Award from the National Head Injury Foundation; Is editorial board co-chair of the Journal of Neurosurgery in 1997.

Is named R.K. Thompson professor of neurosurgery at the University of Maryland School of Medicine; Is president of the American Society of Neurological Surgeons until 2001.

Is vice-chair of the ACGME RRC for Neurosurgery and currently sits on the appeals panel.

Receives a Distinguished Service Award from the Society of Neurological Surgeons.

Is a consultant at the Focused Ultrasound Surgery Foundation, NFL, InSightec in Israel and Brainlab in Germany, continuing in the roles.