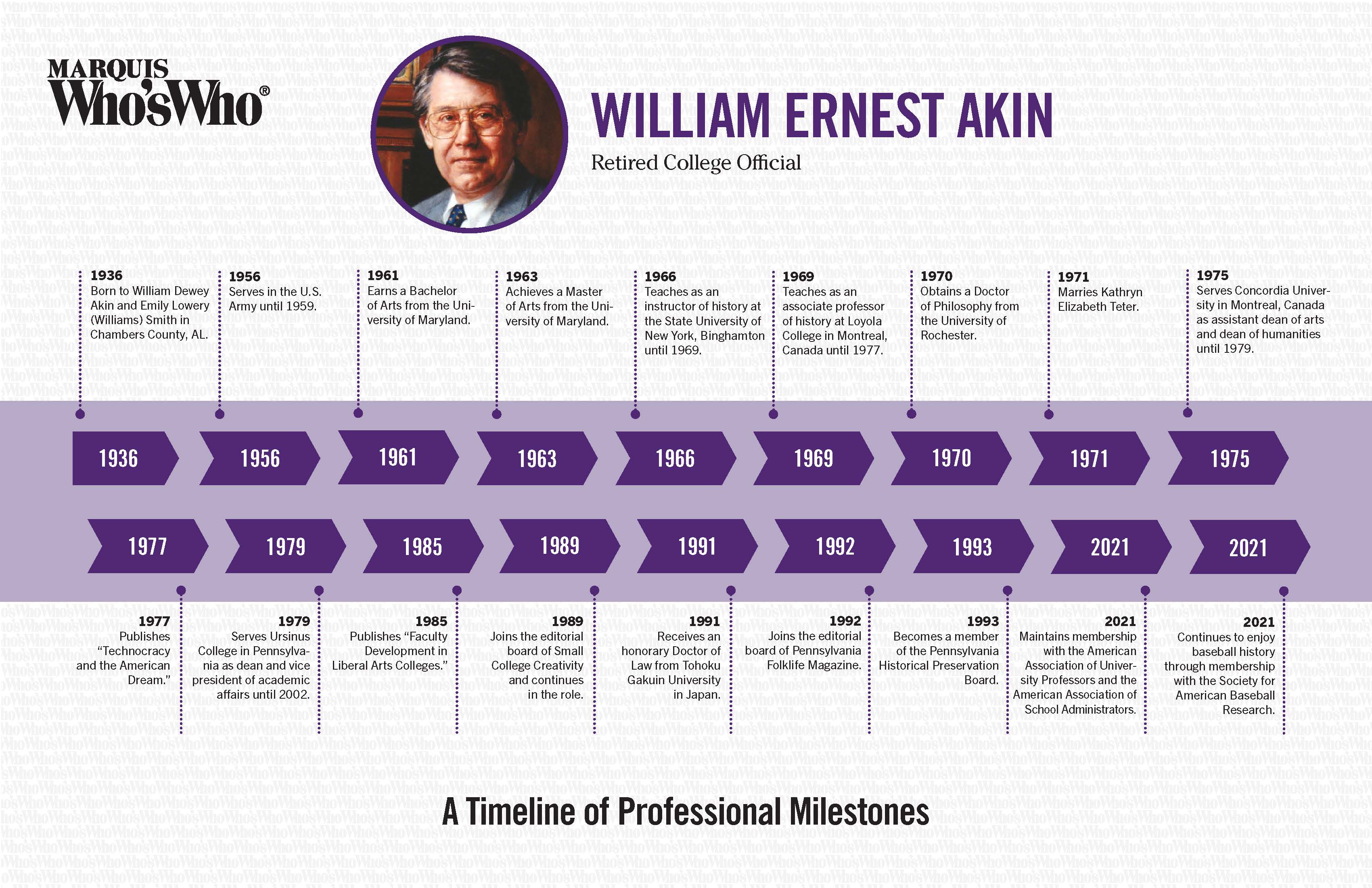 Earns a Bachelor of Arts from the University of Maryland.

Achieves a Master of Arts from the University of Maryland.

Teaches as an instructor of history at the State University of New York, Binghamton until 1969.

Teaches as an associate professor of history at Loyola College in Montreal, Canada until 1977.

Obtains a Doctor of Philosophy from the University of Rochester.

Serves Concordia University in Montreal, Canada as assistant dean of arts and dean of humanities until 1979.

Publishes “Technocracy and the American Dream.”

Serves Ursinus College in Pennsylvania as dean and vice president of academic affairs until 2002.

Joins the editorial board of Small College Creativity and continues in the role.

Receives an honorary Doctor of Law from Tohoku Gakuin University in Japan.

Joins the editorial board of Pennsylvania Folklife Magazine.

Becomes a member of the Pennsylvania Historical Preservation Board.

Continues to enjoy baseball history through membership with the Society for American Baseball Research.