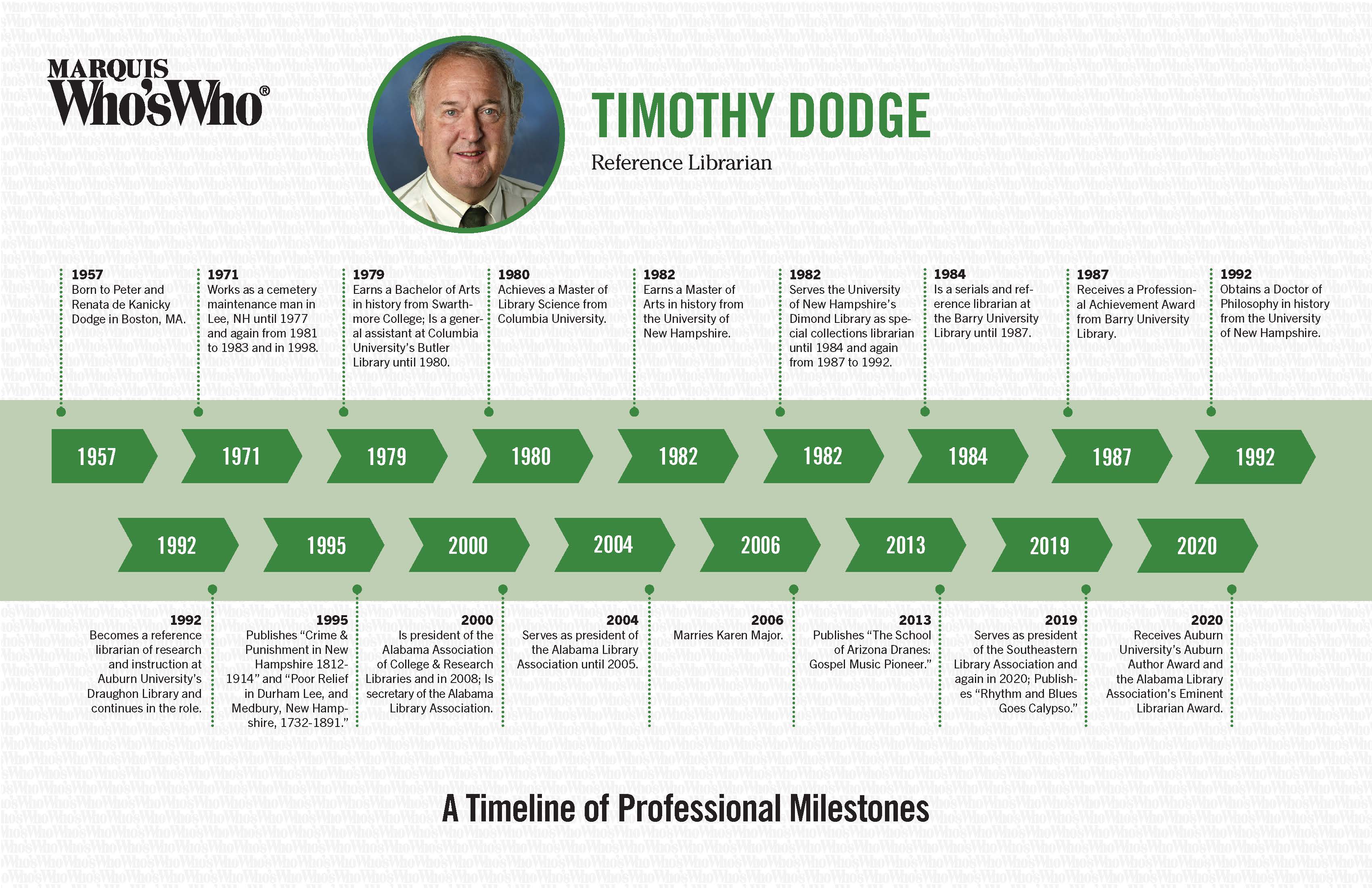 Earns a Bachelor of Arts in history from Swarthmore College; Is a general assistant at Columbia University’s Butler Library until 1980.

Achieves a Master of Library Science from Columbia University.

Serves the University of New Hampshire’s Dimond Library as special collections librarian until 1984 and again from 1987 to 1992.

Is a serials and reference librarian at the Barry University Library until 1987.

Obtains a Doctor of Philosophy in history from the University of New Hampshire.

Becomes a reference librarian of research and instruction at Auburn University’s Draughon Library and continues in the role.

Serves as president of the Alabama Library Association until 2005.

Serves as president of the Southeastern Library Association and again in 2020; Publishes “Rhythm and Blues Goes Calypso.”