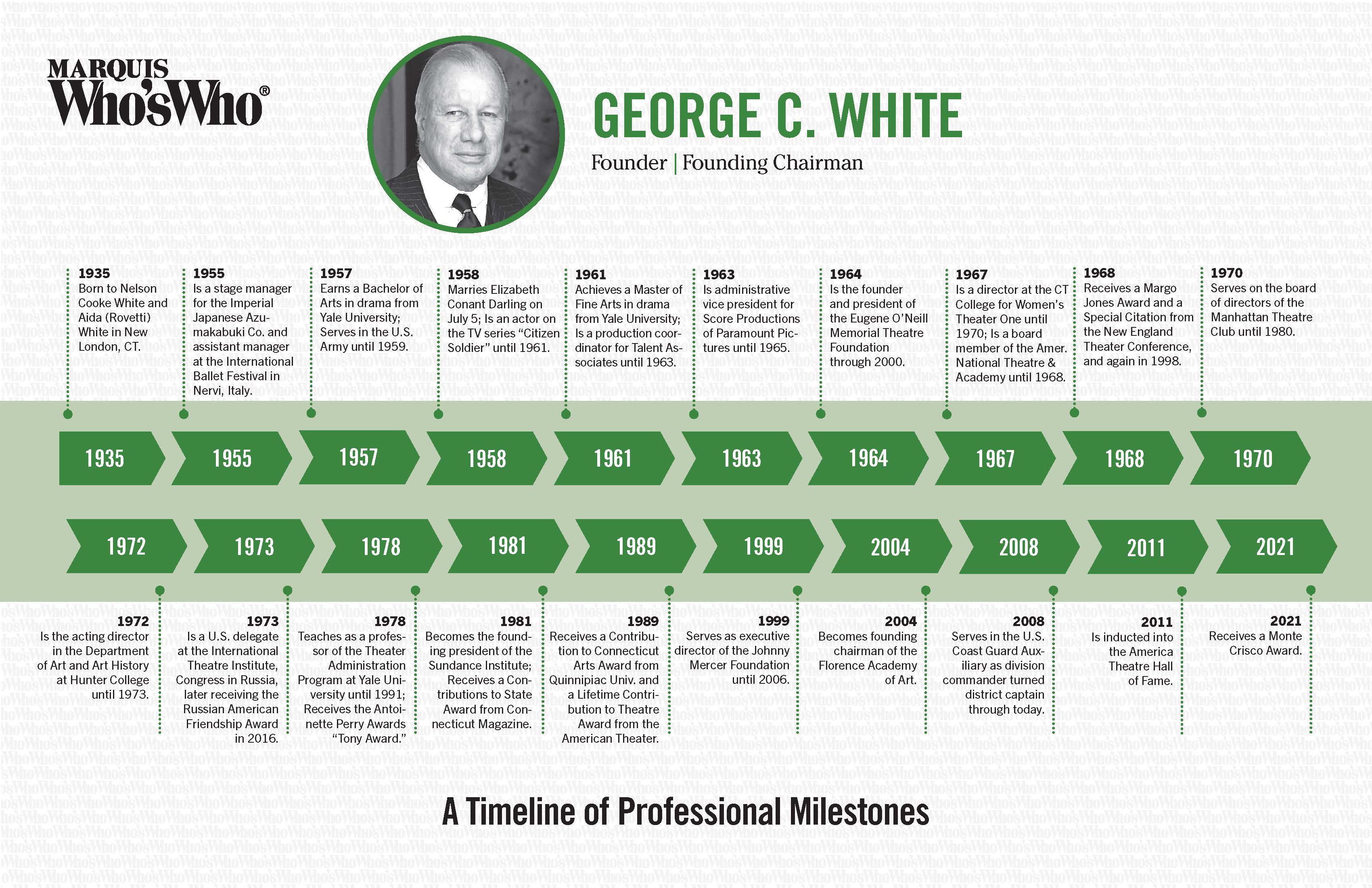 Is a stage manager for the Imperial Japanese Azumakabuki Co. and assistant manager at the International Ballet Festival in Nervi, Italy.

Earns a Bachelor of Arts in drama from Yale University; Serves in the U.S. Army until 1959.

Marries Elizabeth Conant Darling on July 5; Is an actor on the TV series “Citizen Soldier” until 1961.

Achieves a Master of Fine Arts in drama from Yale University; Is a production coordinator for Talent Associates until 1963.

Is administrative vice president for Score Productions of Paramount Pictures until 1965.

Is the founder and president of the Eugene O’Neill Memorial Theatre Foundation through 2000.

Is a director at the CT College for Women’s Theater One until 1970; Is a board member of the Amer. National Theatre & Academy until 1968.

Receives a Margo Jones Award and a Special Citation from the New England Theater Conference, and again in 1998.

Serves on the board of directors of the Manhattan Theatre Club until 1980.

Is the acting director in the Department of Art and Art History at Hunter College until 1973.

Is a U.S. delegate at the International Theatre Institute, Congress in Russia, later receiving the Russian American Friendship Award in 2016.

Teaches as a professor of the Theater Administration Program at Yale University until 1991; Receives the Antoinette Perry Awards “Tony Award.”

Becomes the founding president of the Sundance Institute; Receives a Contributions to State Award from Connecticut Magazine.

Serves as executive director of the Johnny Mercer Foundation until 2006.

Becomes founding chairman of the Florence Academy of Art.

Is inducted into the America Theatre Hall of Fame.