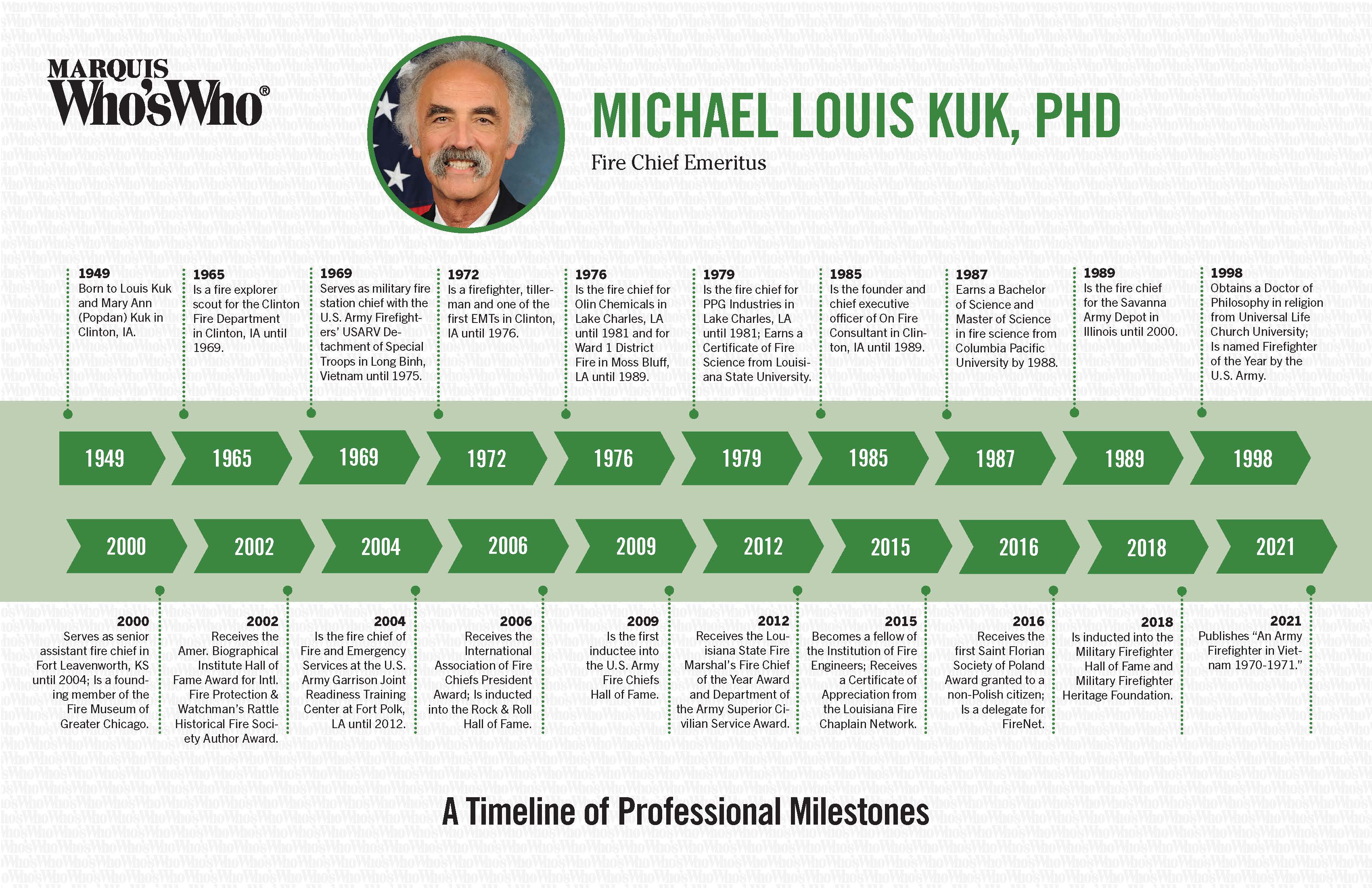 Is a fire explorer scout for the Clinton Fire Department in Clinton, IA until 1969.

Is a firefighter, tillerman and one of the first EMTs in Clinton, IA until 1976.

Is the fire chief for Olin Chemicals in Lake Charles, LA until 1981 and for Ward 1 District Fire in Moss Bluff, LA until 1989.

Is the fire chief for PPG Industries in Lake Charles, LA until 1981; Earns a Certificate of Fire Science from Louisiana State University.

Is the founder and chief executive officer of On Fire Consultant in Clinton, IA until 1989.

Earns a Bachelor of Science and Master of Science in fire science from Columbia Pacific University by 1988.

Is the fire chief for the Savanna Army Depot in Illinois until 2000.

Obtains a Doctor of Philosophy in religion from Universal Life Church University; Is named Firefighter of the Year by the U.S. Army.

Serves as senior assistant fire chief in Fort Leavenworth, KS until 2004; Is a founding member of the Fire Museum of Greater Chicago.

Is the fire chief of Fire and Emergency Services at the U.S. Army Garrison Joint Readiness Training Center at Fort Polk, LA until 2012.

Receives the International Association of Fire Chiefs President Award; Is inducted into the Rock & Roll Hall of Fame.

Is the first inductee into the U.S. Army Fire Chiefs Hall of Fame.

Becomes a fellow of the Institution of Fire Engineers; Receives a Certificate of Appreciation from the Louisiana Fire Chaplain Network.

Receives the first Saint Florian Society of Poland Award granted to a non-Polish citizen; Is a delegate for FireNet.