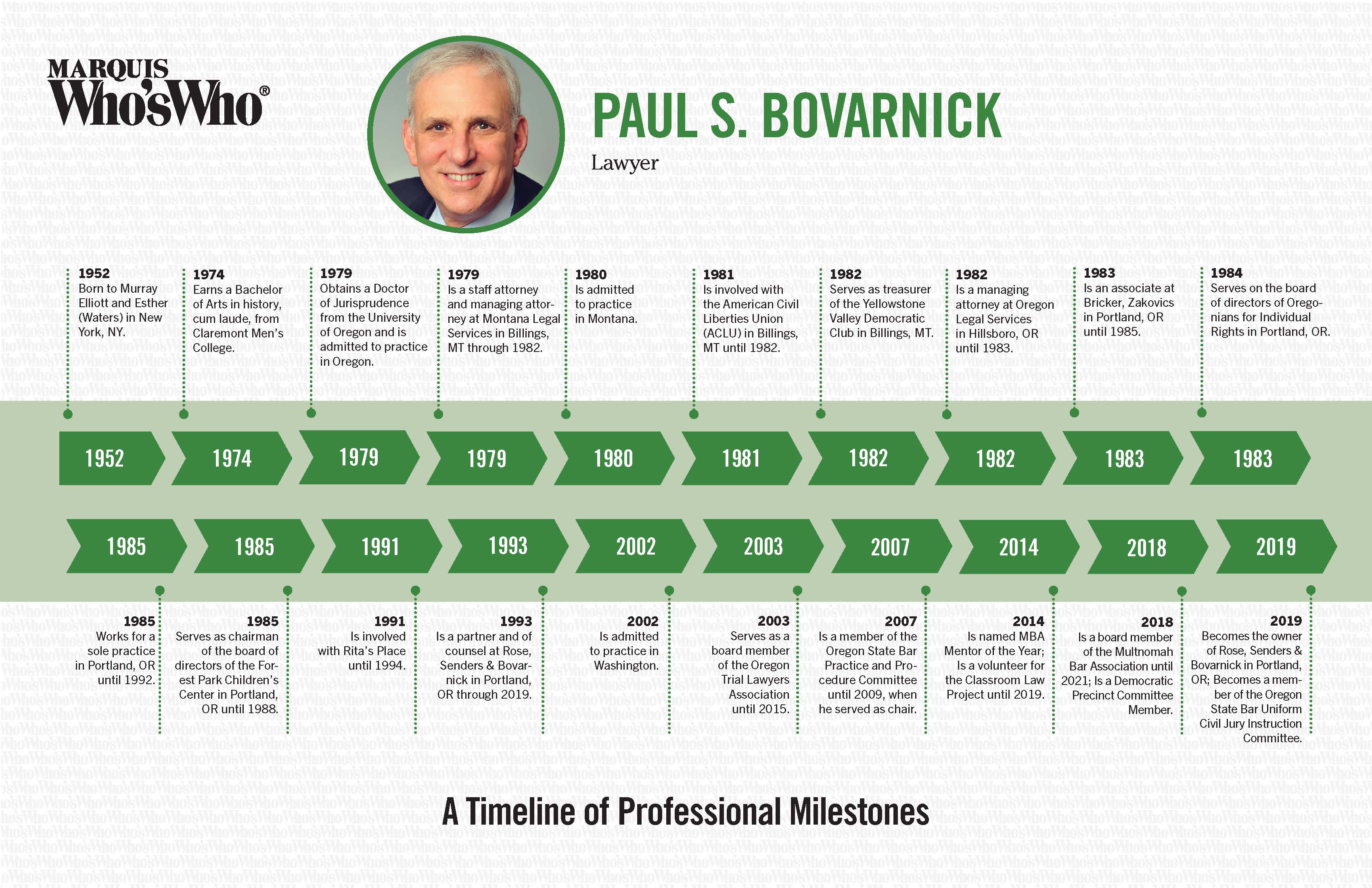 Obtains a Doctor of Jurisprudence from the University of Oregon and is admitted to practice in Oregon.

Is a staff attorney and managing attorney at Montana Legal Services in Billings, MT through 1982.

Is admitted to practice in Montana.

Is involved with the American Civil Liberties Union (ACLU) in Billings, MT until 1982.

Serves as treasurer of the Yellowstone Valley Democratic Club in Billings, MT.

Is a managing attorney at Oregon Legal Services in Hillsboro, OR until 1983.

Is an associate at Bricker, Zakovics in Portland, OR until 1985.

Serves on the board of directors of Oregonians for Individual Rights in Portland, OR.

Works for a sole practice in Portland, OR until 1992.

Serves as chairman of the board of directors of the Forest Park Children’s Center in Portland, OR until 1988.

Is involved with Rita’s Place until 1994.

Is a partner and of counsel at Rose, Senders & Bovarnick in Portland, OR through 2019.

Is admitted to practice in Washington.

Serves as a board member of the Oregon Trial Lawyers Association until 2015.

Is a member of the Oregon State Bar Practice and Procedure Committee until 2009, when he served as chair.

Is named MBA Mentor of the Year; Is a volunteer for the Classroom Law Project until 2019.

Is a board member of the Multnomah Bar Association until 2021; Is a Democratic Precinct Committee Member.

Becomes the owner of Rose, Senders & Bovarnick in Portland, OR; Becomes a member of the Oregon State Bar Uniform Civil Jury Instruction Committee.