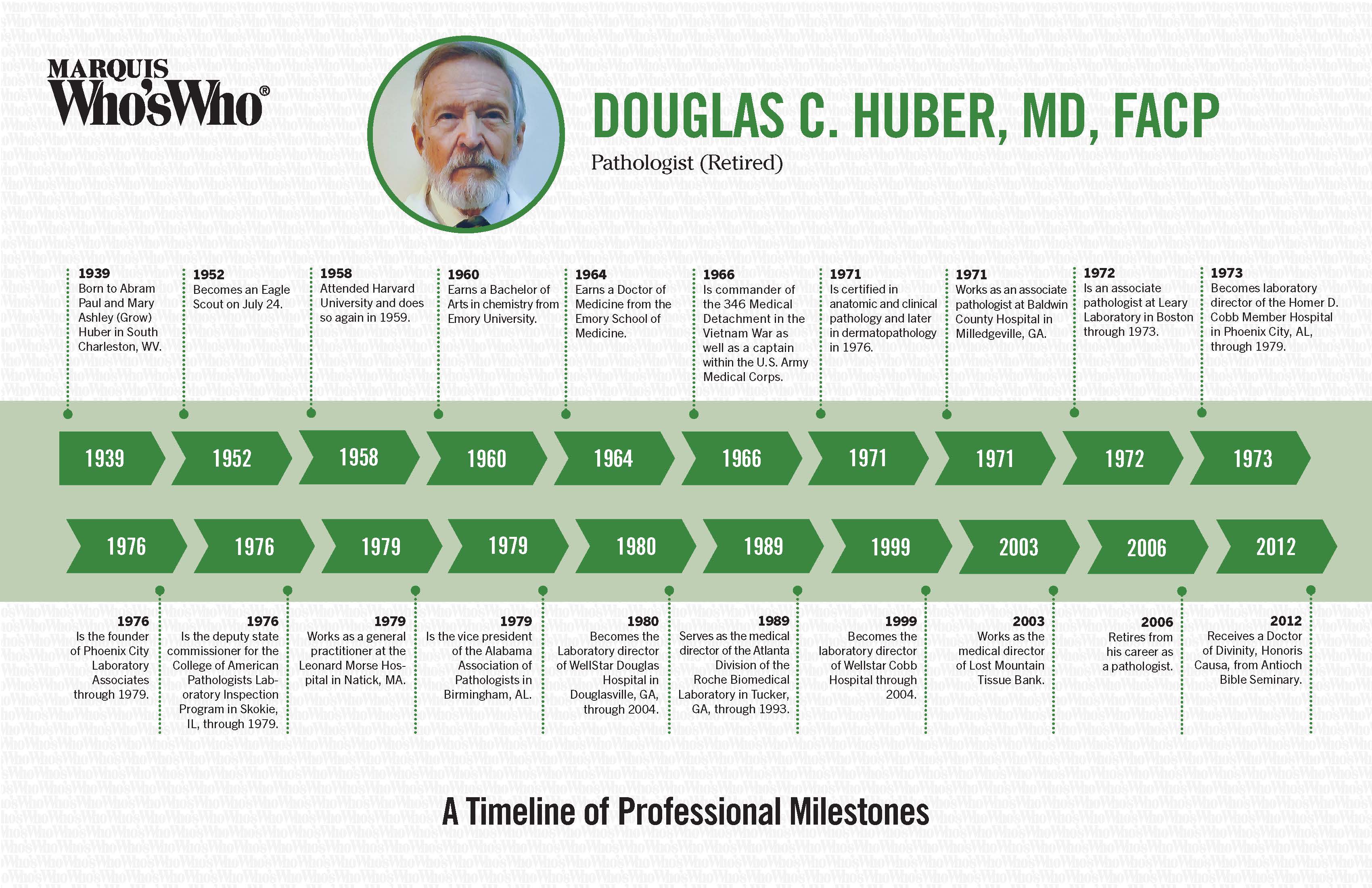 Attended Harvard University and does so again in 1959.

Earns a Bachelor of Arts in chemistry from Emory University.

Is commander of the 346 Medical Detachment in the Vietnam War as well as a captain within the U.S. Army Medical Corps.

Becomes an Eagle Scout on July 24.

Is certified in anatomic and clinical pathology and later in dermatopathology in 1976.

Works as an associate pathologist at Baldwin County Hospital in Milledgeville, GA.

Is an associate pathologist at Leary Laboratory in Boston through 1973.

Is the founder of Phoenix City Laboratory Associates through 1979.

Is the deputy state commissioner for the College of American Pathologists Laboratory Inspection Program in Skokie, IL, through 1979.

Works as a general practitioner at the Leonard Morse Hospital in Natick, MA.

Is the vice president of the Alabama Association of Pathologists in Birmingham, AL.

Becomes the Laboratory director of WellStar Douglas Hospital in Douglasville, GA, through 2004.

Serves as the medical director of the Atlanta Division of the Roche Biomedical Laboratory in Tucker, GA, through 1993.

Becomes the laboratory director of Wellstar Cobb Hospital through 2004.

Works as the medical director of Lost Mountain Tissue Bank.

Retires from his career as a pathologist.