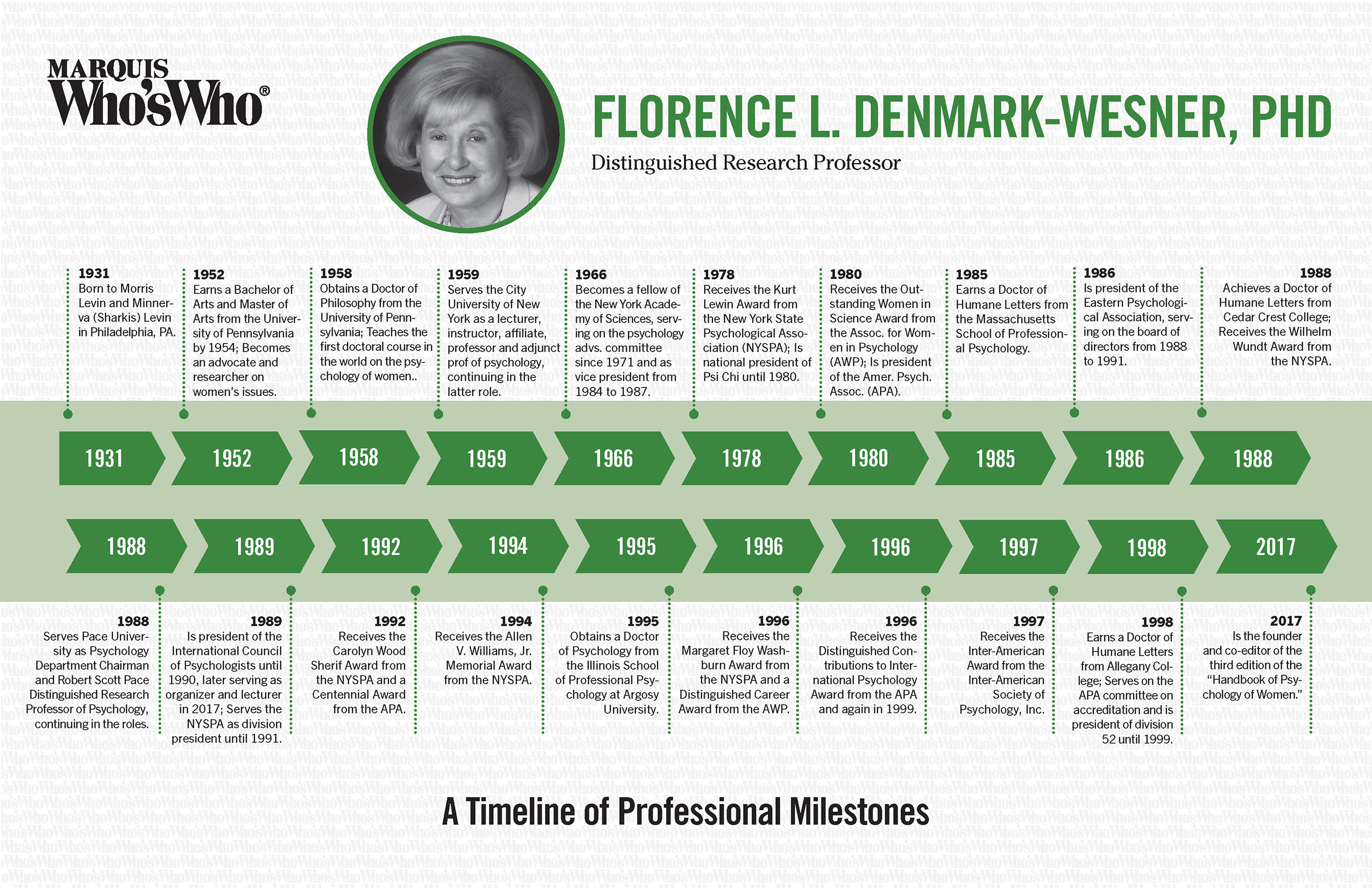 Earns a Bachelor of Arts and Master of Arts from the University of Pennsylvania by 1954; Becomes an advocate and researcher on women’s issues.

Obtains a Doctor of Philosophy from the University of Pennsylvania; Teaches the first doctoral course in the world on the psychology of women.

Serves the City University of New York as a lecturer, instructor, affiliate, professor and adjunct prof of psychology, continuing in the latter role.

Becomes a fellow of the New York Academy of Sciences, serving on the psychology advs. committee since 1971 and as vice president from 1984 to 1987.

Receives the Kurt Lewin Award from the New York State Psychological Association (NYSPA); Is national president of Psi Chi until 1980.

Receives the Outstanding Women in Science Award from the Assoc. for Women in Psychology (AWP); Is president of the Amer. Psych. Assoc. (APA).

Earns a Doctor of Humane Letters from the Massachusetts School of Professional Psychology.

Is president of the Eastern Psychological Association, serving on the board of directors from 1988 to 1991.

Achieves a Doctor of Humane Letters from Cedar Crest College; Receives the Wilhelm Wundt Award from the NYSPA.

Is president of the International Council of Psychologists until 1990, later serving as organizer and lecturer in 2017; Serves the NYSPA as division president until 1991.

Obtains a Doctor of Psychology from the Illinois School of Professional Psychology at Argosy University.

Receives the Distinguished Contributions to International Psychology Award from the APA and again in 1999.

Earns a Doctor of Humane Letters from Allegany College; Serves on the APA committee on accreditation and is president of division 52 until 1999.

Is the founder and co-editor of the third edition of the “Handbook of Psychology of Women.”