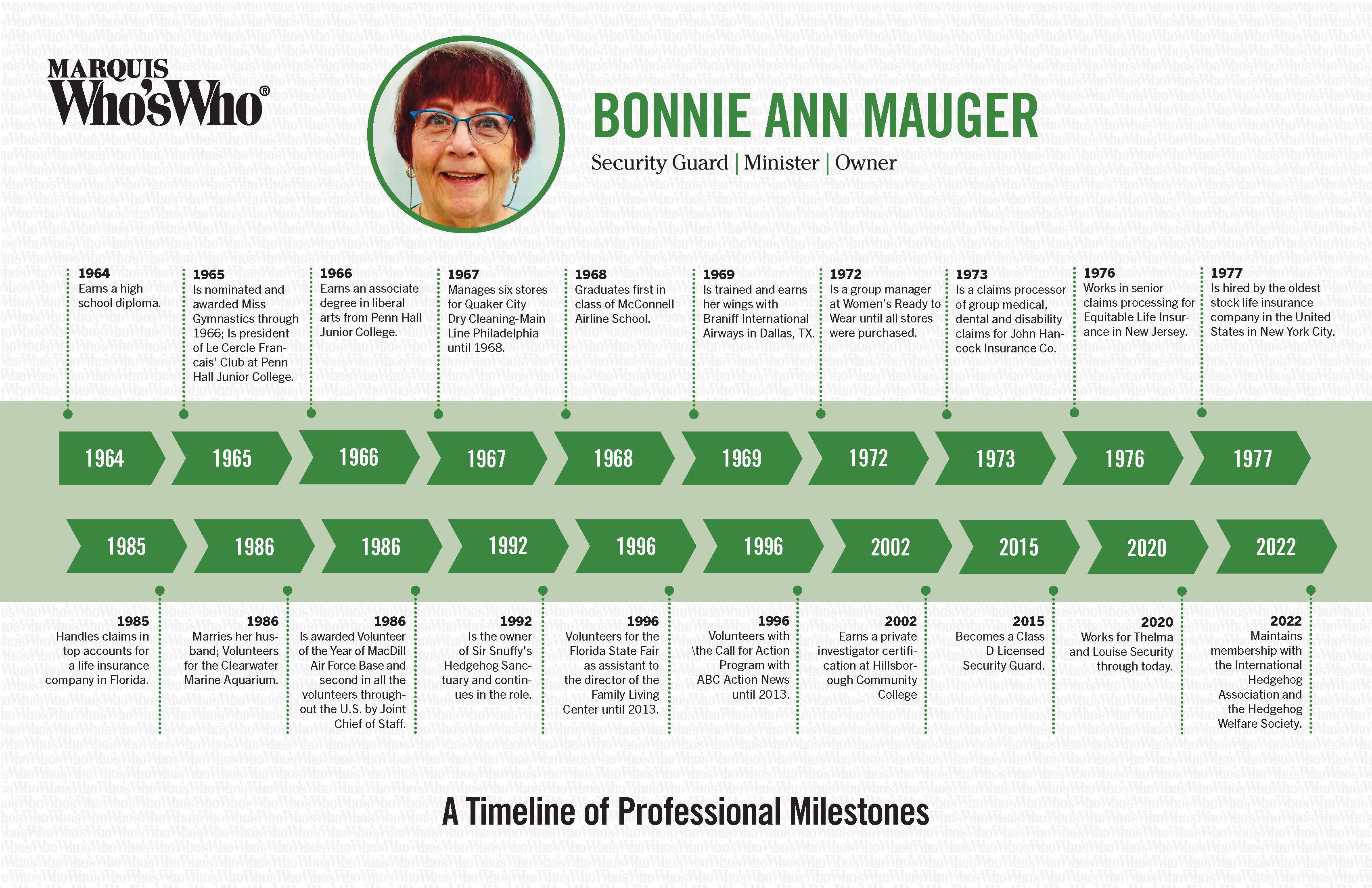 Is nominated and awarded Miss Gymnastics through 1966; Is president of Le Cercle Francais’ Club at Penn Hall Junior College.

Is trained and earns her wings with Braniff International Airways in Dallas, TX.

Is a group manager at Women’s Ready to Wear until all stores were purchased.

Is a claims processor of group medical, dental and disability claims for John Hancock Insurance Co.

Is hired by the oldest stock life insurance company in the United States in New York City.

Handles claims in top accounts for a life insurance company in Florida.

Marries her husband; Volunteers for the Clearwater Marine Aquarium.

Is awarded Volunteer of the Year of MacDill Air Force Base and second in all the volunteers throughout the U.S. by Joint Chief of Staff.

Is the owner of Sir Snuffy’s Hedgehog Sanctuary and continues in the role.

Volunteers for the Florida State Fair as assistant to the director of the Family Living Center until 2013.

Volunteers with the Call for Action Program with ABC Action News until 2013.

Works for Thelma and Louise Security through today.

Maintains membership with the International Hedgehog Association and the Hedgehog Welfare Society.