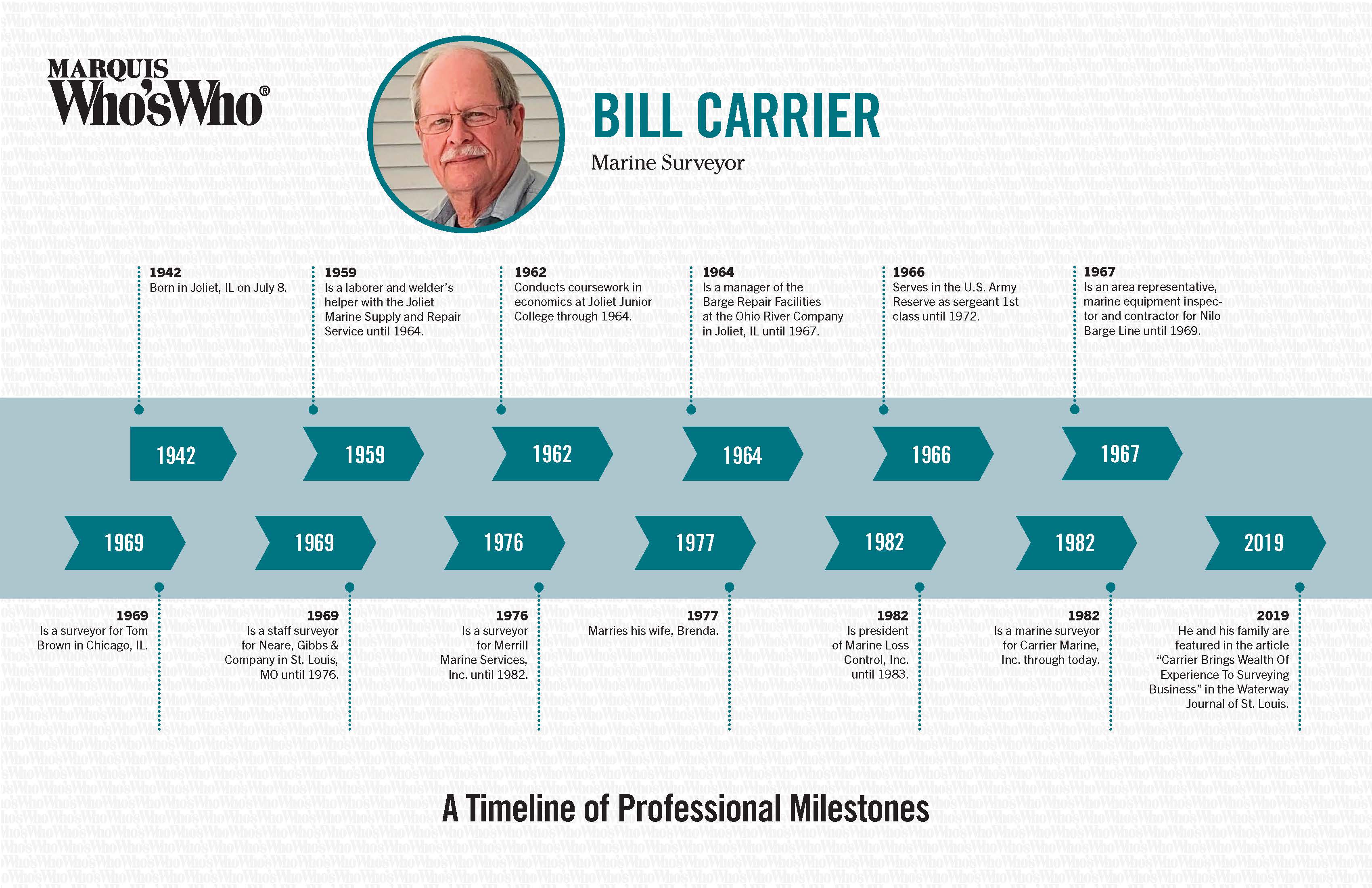 Is a laborer and welder’s helper with the Joliet Marine Supply and Repair Service until 1964.

Conducts coursework in economics at Joliet Junior College through 1964.

Is a manager of the Barge Repair Facilities at the Ohio River Company in Joliet, IL until 1967.

Serves in the U.S. Army Reserve as sergeant 1st class until 1972.

Is an area representative, marine equipment inspector and contractor for Nilo Barge Line until 1969.

Is a surveyor for Tom Brown in Chicago, IL.

Is a surveyor for Merrill Marine Services, Inc. until 1982.

Is president of Marine Loss Control, Inc. until 1983.

Is a marine surveyor for Carrier Marine, Inc. through today.

He and his family are featured in the article “Carrier Brings Wealth Of Experience To Surveying Business” in the Waterway Journal of St. Louis.