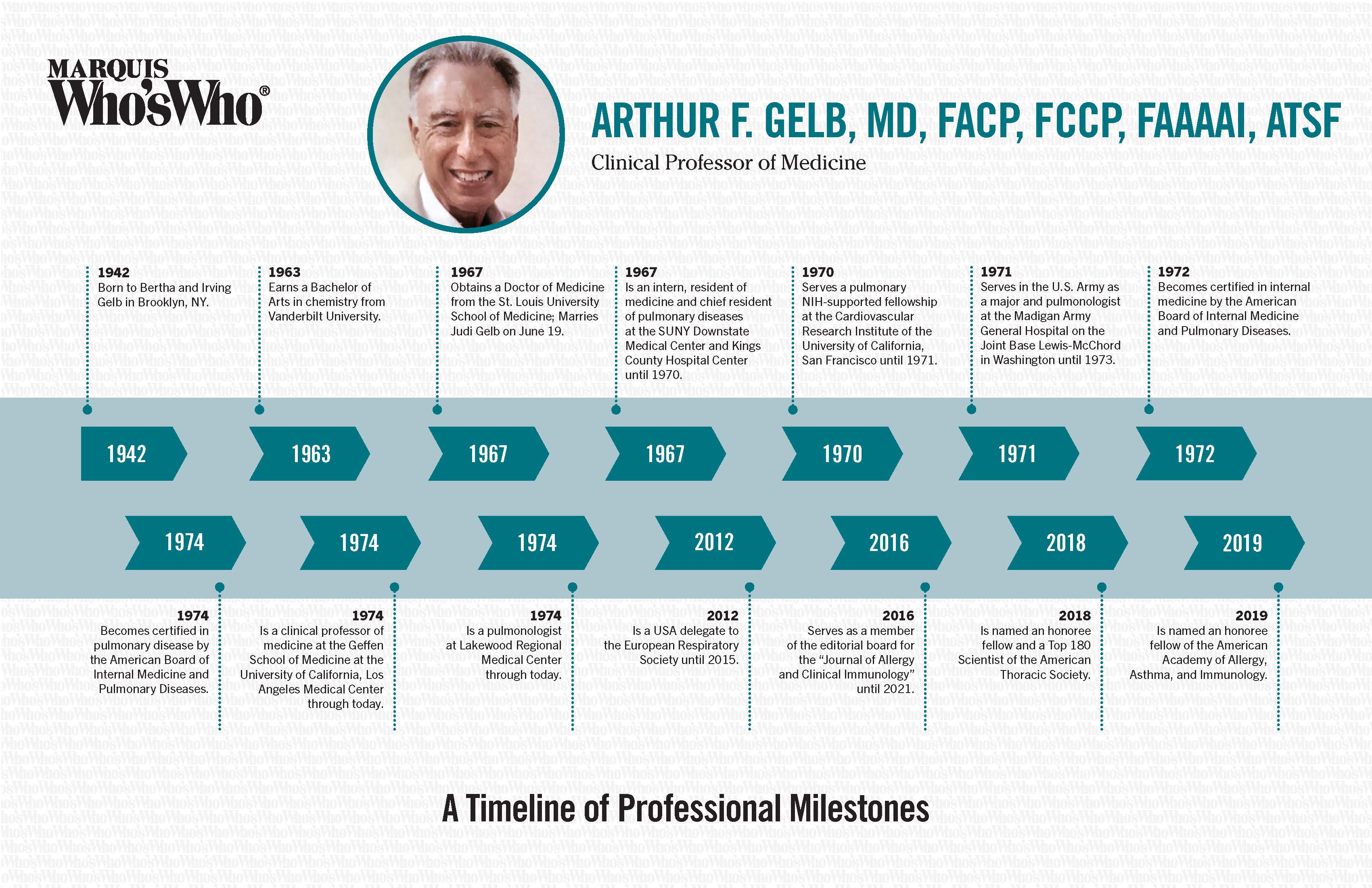 Born to Bertha and Irving Gelb in Brooklyn, NY.

Earns a Bachelor of Arts in chemistry from Vanderbilt University.

Obtains a Doctor of Medicine from the St. Louis University School of Medicine; Marries Judi Gelb on June 19.

Is an intern, resident of medicine and chief resident of pulmonary diseases at the SUNY Downstate Medical Center and Kings County Hospital Center until 1970.

Serves a pulmonary NIH-supported fellowship at the Cardiovascular Research Institute of the University of California, San Francisco until 1971.

Serves in the U.S. Army as a major and pulmonologist at the Madigan Army General Hospital on the Joint Base Lewis-McChord in Washington until 1973.

Becomes certified in internal medicine by the American Board of Internal Medicine and Pulmonary Diseases.

Becomes certified in pulmonary disease by the American Board of Internal Medicine and Pulmonary Diseases.

Is a clinical professor of medicine at the Geffen School of Medicine at the University of California, Los Angeles Medical Center through today.

Is a pulmonologist at Lakewood Regional Medical Center through today.

Is a USA delegate to the European Respiratory Society until 2015.

Serves as a member of the editorial board for the “Journal of Allergy and Clinical Immunology” until 2021.

Is named an honoree fellow and a Top 180 Scientist of the American Thoracic Society.

Is named an honoree fellow of the American Academy of Allergy, Asthma, and Immunology.