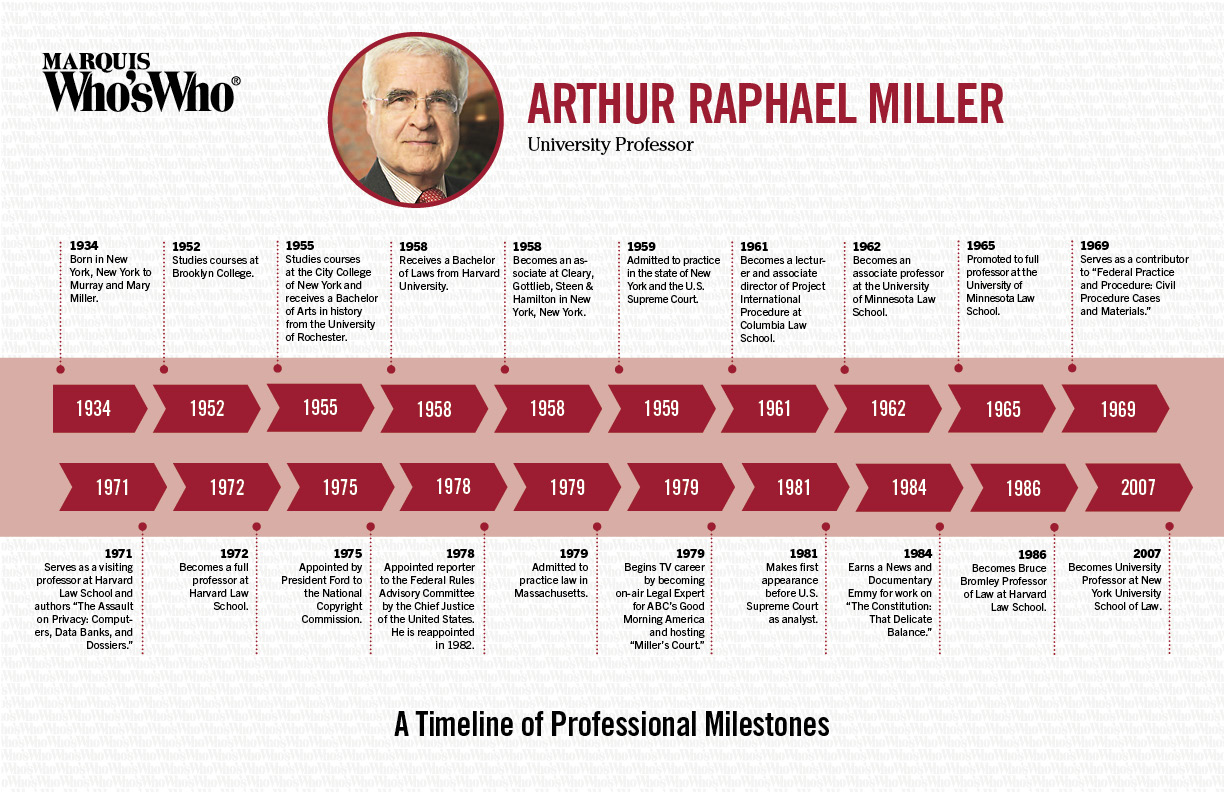 Studies courses at the City College of New York and receives a Bachelor of Arts in history from the University of Rochester.

Receives a Bachelor of Laws from Harvard University.

Admitted to practice in the state of New York and the U.S. Supreme Court.

Becomes an associate professor at the University of Minnesota Law School.

Promoted to full professor at the University of Minnesota Law School.

Serves as a contributor to “Federal Practice and Procedure: Civil Procedure Cases and Materials.”

Serves as a visiting professor at Harvard Law School and authors “The Assault on Privacy: Computers, Data Banks, and Dossiers.”

Appointed by President Ford to the National Copyright Commission.

Appointed reporter to the Federal Rules Advisory Committee by the Chief Justice of the United States. He is reappointed in 1982.

Admitted to practice law in Massachusetts.

Earns a News and Documentary Emmy for work on “The Constitution: That Delicate Balance.”