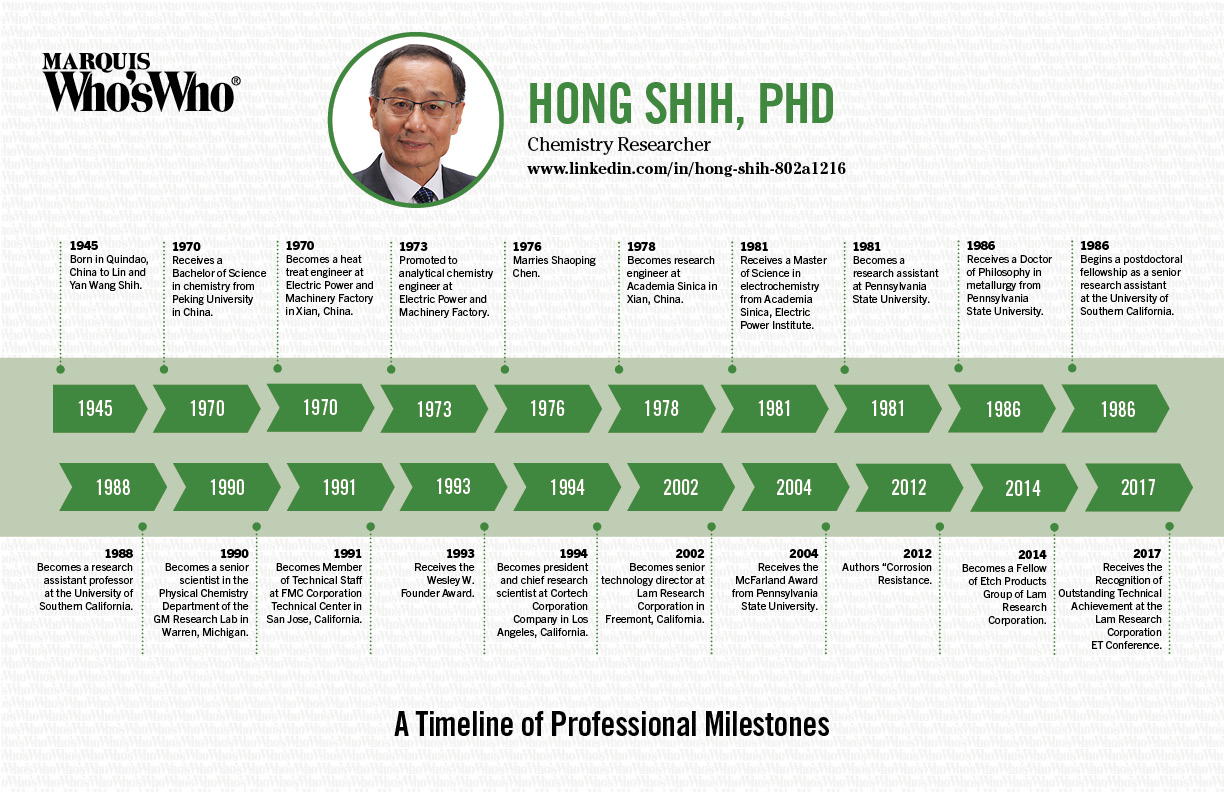 Born in Quindao, China to Lin and Yan Wang Shih.

Receives a Bachelor of Science in chemistry from Peking University in China.

Receives a Master of Science in electrochemistry from Academia Sinica, Electric Power Institute.

Receives a Doctor of Philosophy in metallurgy from Pennsylvania State University.

Begins a postdoctoral fellowship as a senior research assistant at the University of Southern California.

Becomes a research assistant professor at the University of Southern California.

Becomes a senior scientist in the Physical Chemistry Department of the GM Research Lab in Warren, Michigan.