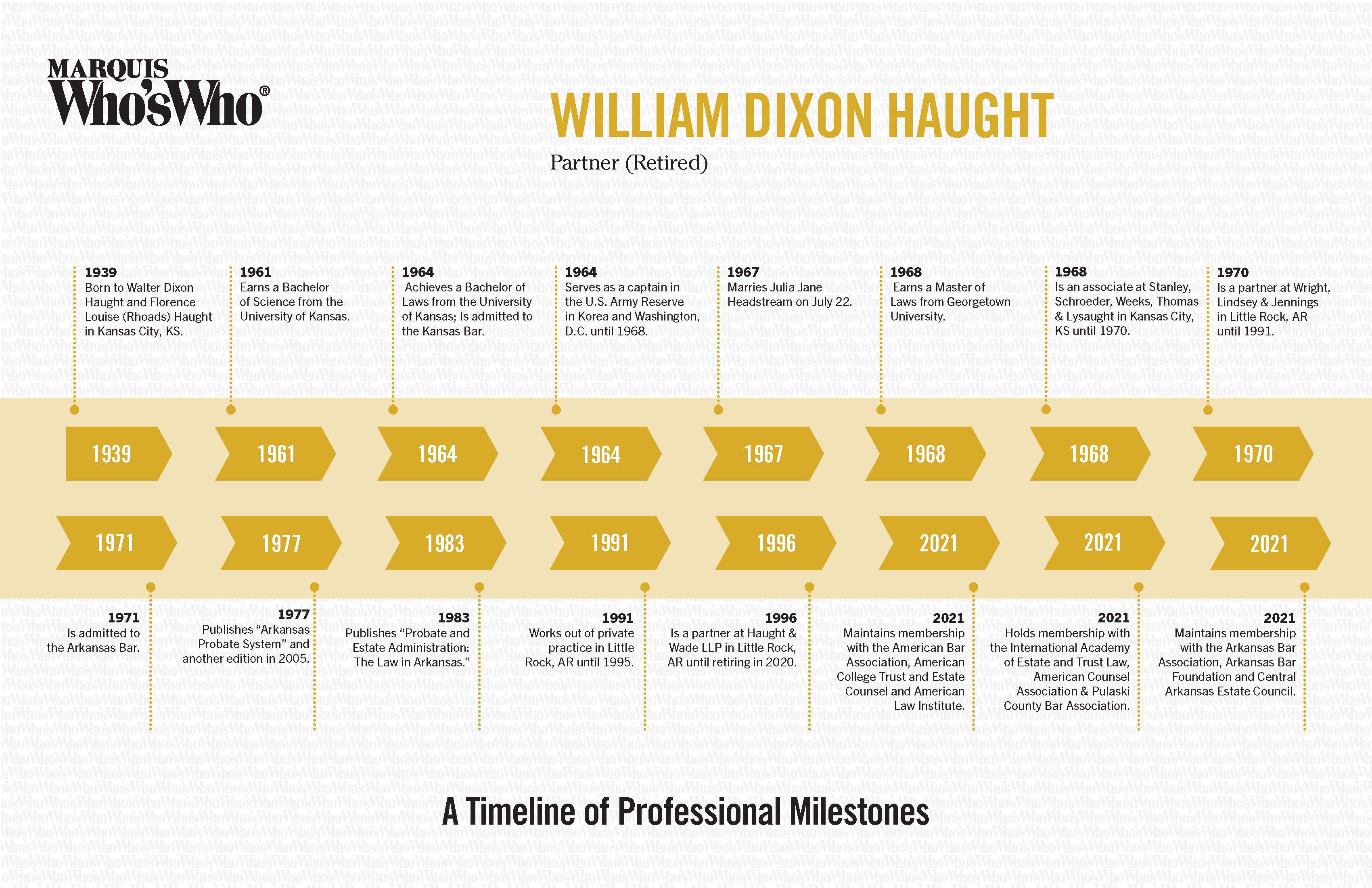 Earns a Bachelor of Science from the University of Kansas.

Achieves a Bachelor of Laws from the University of Kansas; Is admitted to the Kansas Bar.

Serves as a captain in the U.S. Army Reserve in Korea and Washington, D.C. until 1968.

Earns a Master of Laws from Georgetown University.

Is an associate at Stanley, Schroeder, Weeks, Thomas & Lysaught in Kansas City, KS until 1970.

Is a partner at Wright, Lindsey & Jennings in Little Rock, AR until 1991.

Is admitted to the Arkansas Bar.

Publishes “Arkansas Probate System” and another edition in 2005.

Publishes “Probate and Estate Administration: The Law in Arkansas.”

Works out of private practice in Little Rock, AR until 1995.

Is a partner at Haught & Wade LLP in Little Rock, AR until retiring in 2020.