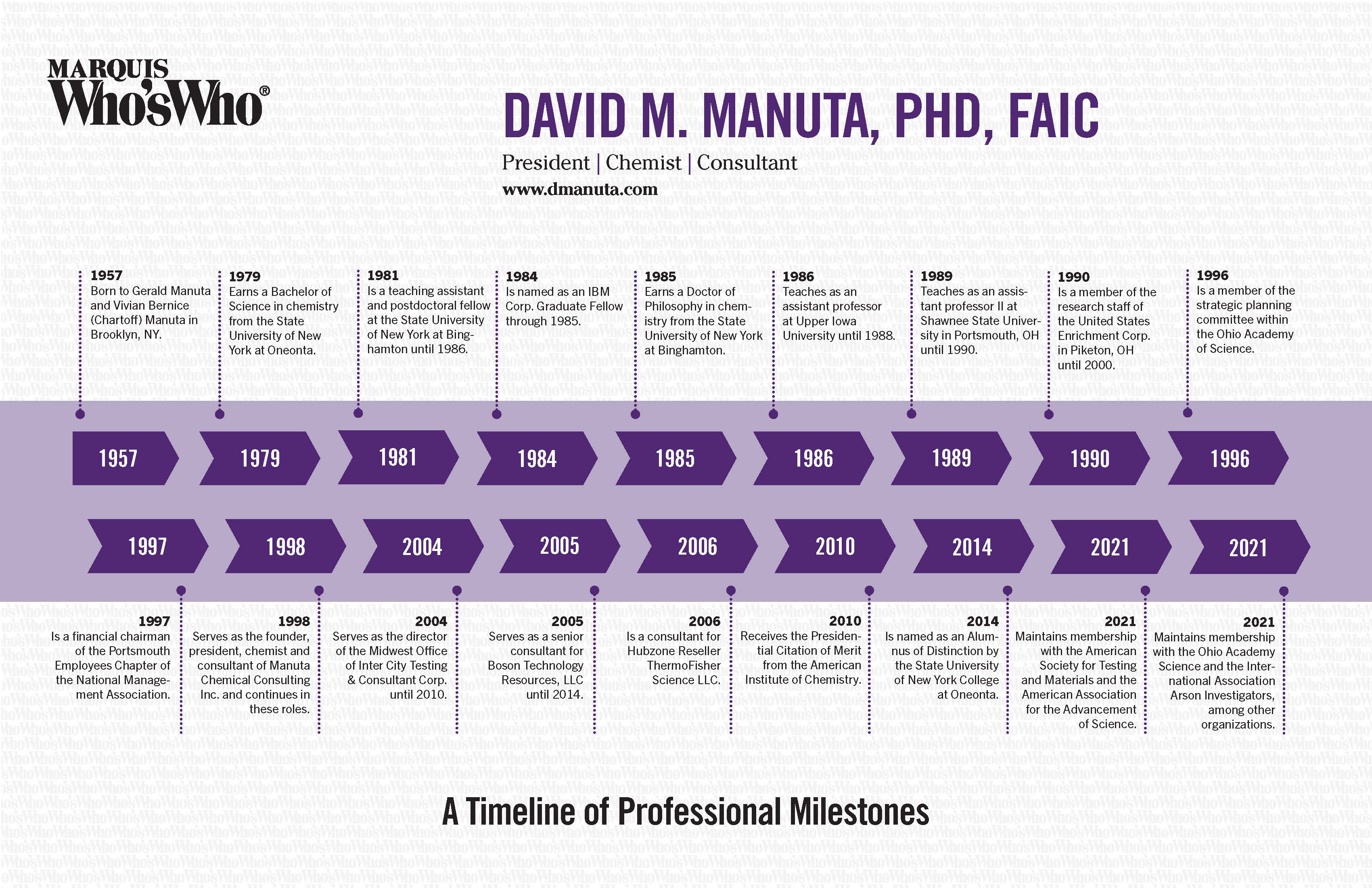 Earns a Bachelor of Science in chemistry from the State University of New York at Oneonta.

Is a teaching assistant and postdoctoral fellow at the State University of New York at Binghamton until 1986.

Is named as an IBM Corp. Graduate Fellow through 1985.

Earns a Doctor of Philosophy in chemistry from the State University of New York at Binghamton.

Teaches as an assistant professor at Upper Iowa University until 1988.

Teaches as an assistant professor II at Shawnee State University in Portsmouth, OH until 1990.

Is a member of the research staff of the United States Enrichment Corp. in Piketon, OH until 2000.

Is a member of the strategic planning committee within the Ohio Academy of Science.

Is a financial chairman of the Portsmouth Employees Chapter of the National Management Association.

Serves as the founder, president, chemist and consultant of Manuta Chemical Consulting Inc. and continues in these roles.

Serves as the director of the Midwest Office of Inter City Testing & Consultant Corp. until 2010.

Serves as a senior consultant for Boson Technology Resources, LLC until 2014.

Is a consultant for Hubzone Reseller ThermoFisher Science LLC.

Receives the Presidential Citation of Merit from the American Institute of Chemistry.

Is named as an Alumnus of Distinction by the State University of New York College at Oneonta.

Maintains membership with the American Society for Testing and Materials and the American Association for the Advancement of Science.

Maintains membership with the Ohio Academy Science and the International Association Arson Investigators, among other organizations.