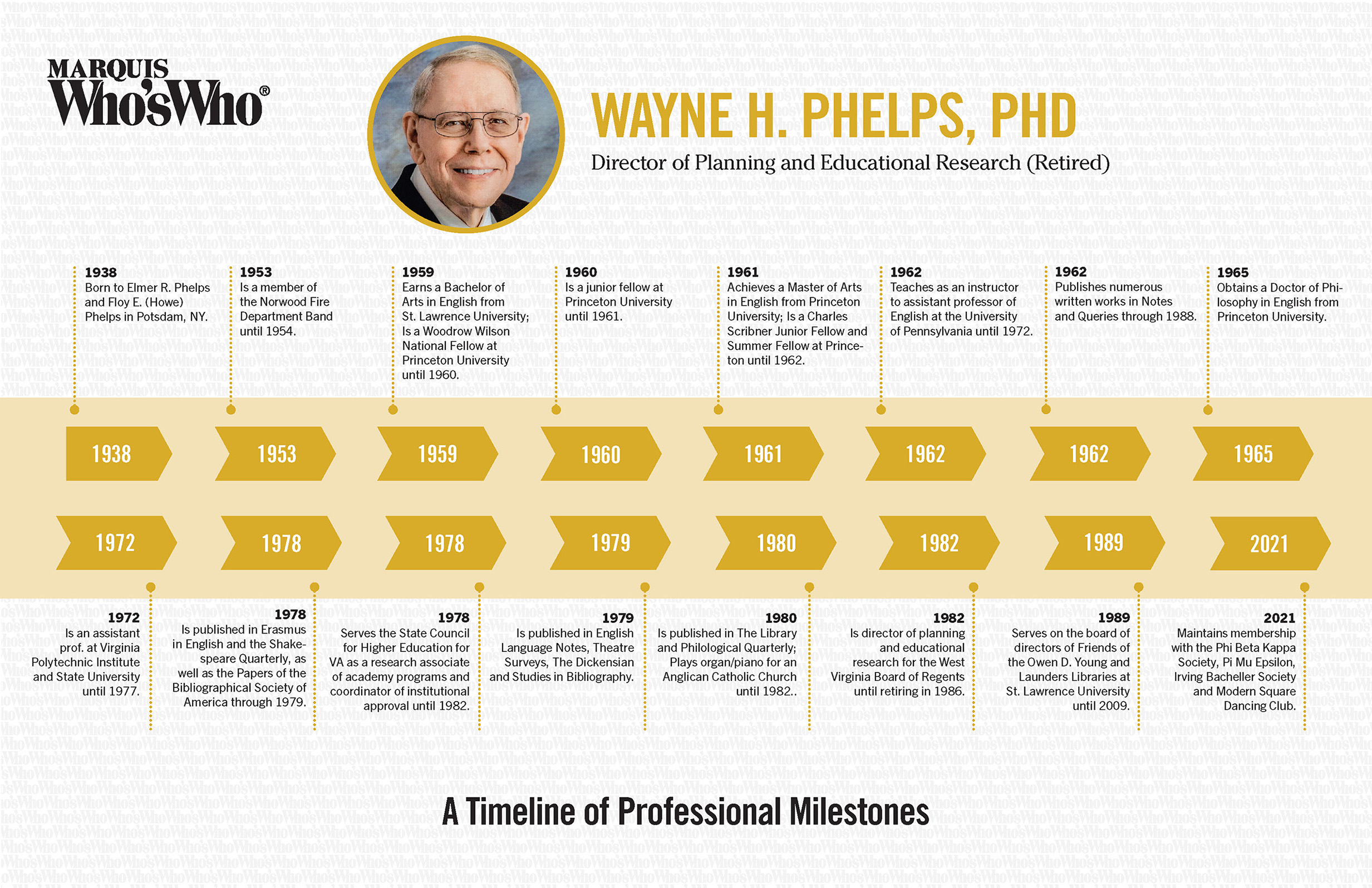 Is a member of the Norwood Fire Department Band until 1954.

Earns a Bachelor of Arts in English from St. Lawrence University; Is a Woodrow Wilson National Fellow at Princeton University until 1960.

Is a junior fellow at Princeton University until 1961.

Achieves a Master of Arts in English from Princeton University; Is a Charles Scribner Junior Fellow and Summer Fellow at Princeton until 1962.

Teaches as an instructor to assistant professor of English at the University of Pennsylvania until 1972.

Publishes numerous written works in Notes and Queries through 1988.

Obtains a Doctor of Philosophy in English from Princeton University.

Is an assistant prof. at Virginia Polytechnic Institute and State University until 1977.

Is published in Erasmus in English and the Shakespeare Quarterly, as well as the Papers of the Bibliographical Society of America through 1979.

Serves the State Council for Higher Education for VA as a research associate of academy programs and coordinator of institutional approval until 1982.

Is published in English Language Notes, Theatre Surveys, The Dickensian and Studies in Bibliography.

Is published in The Library and Philological Quarterly; Plays organ/piano for an Anglican Catholic Church until 1982.

Is director of planning and educational research for the West Virginia Board of Regents until retiring in 1986.

Serves on the board of directors of Friends of the Owen D. Young and Launders Libraries at St. Lawrence University until 2009.