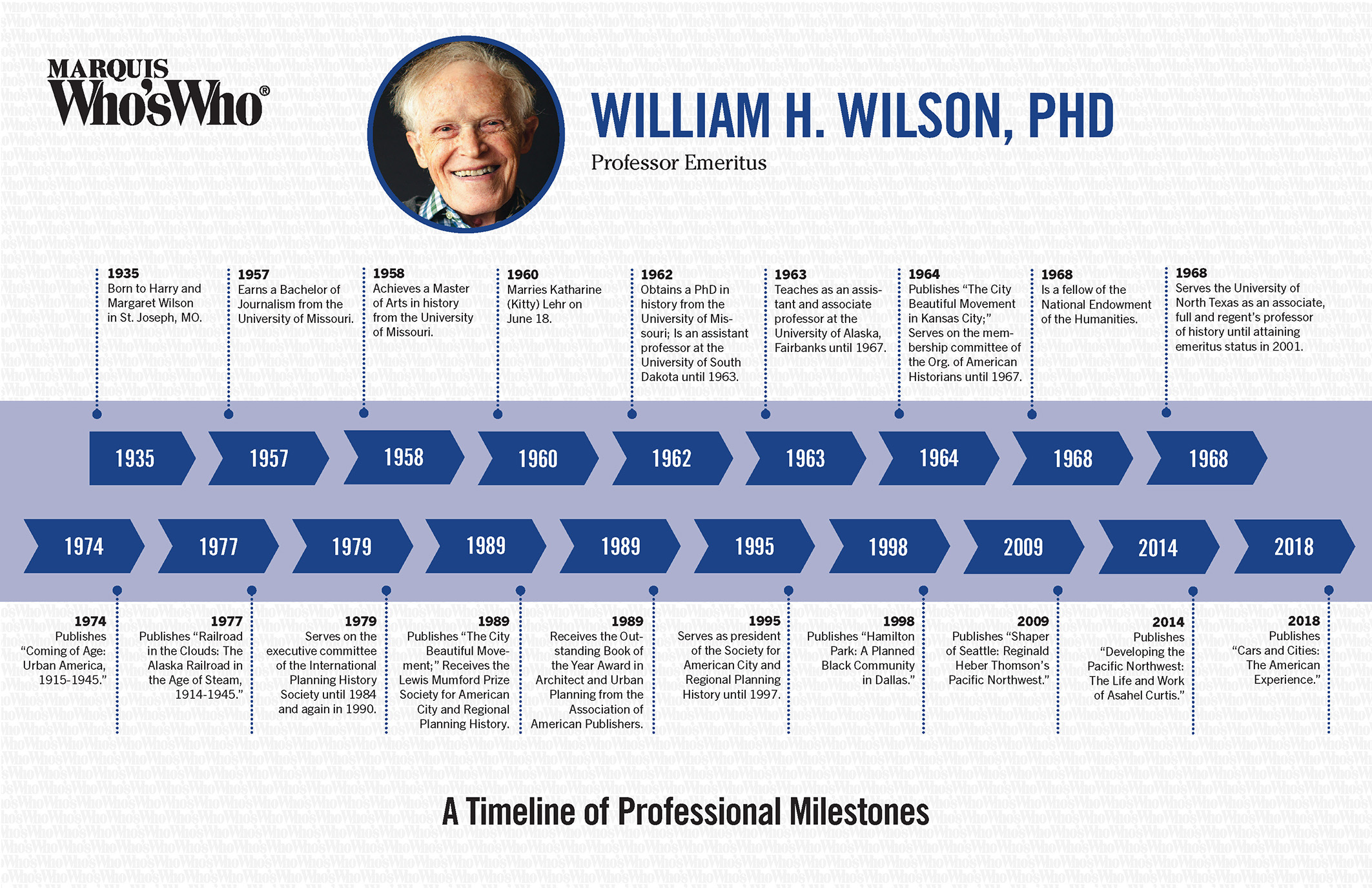 Born to Harry and Margaret Wilson in St. Joseph, MO.

Earns a Bachelor of Journalism from the University of Missouri.

Achieves a Master of Arts in history from the University of Missouri.

Teaches as an assistant and associate professor at the University of Alaska, Fairbanks until 1967.

Publishes “The City Beautiful Movement in Kansas City;” Serves on the membership committee of the Org. of American Historians until 1967.

Is a fellow of the National Endowment of the Humanities.

Serves the University of North Texas as an associate, full and regent’s professor of history until attaining emeritus status in 2001.

Serves on the executive committee of the International Planning History Society until 1984 and again in 1990.

Receives the Outstanding Book of the Year Award in Architect and Urban Planning from the Association of American Publishers.

Serves as president of the Society for American City and Regional Planning History until 1997.

Publishes “Developing the Pacific Northwest: The Life and Work of Asahel Curtis.”