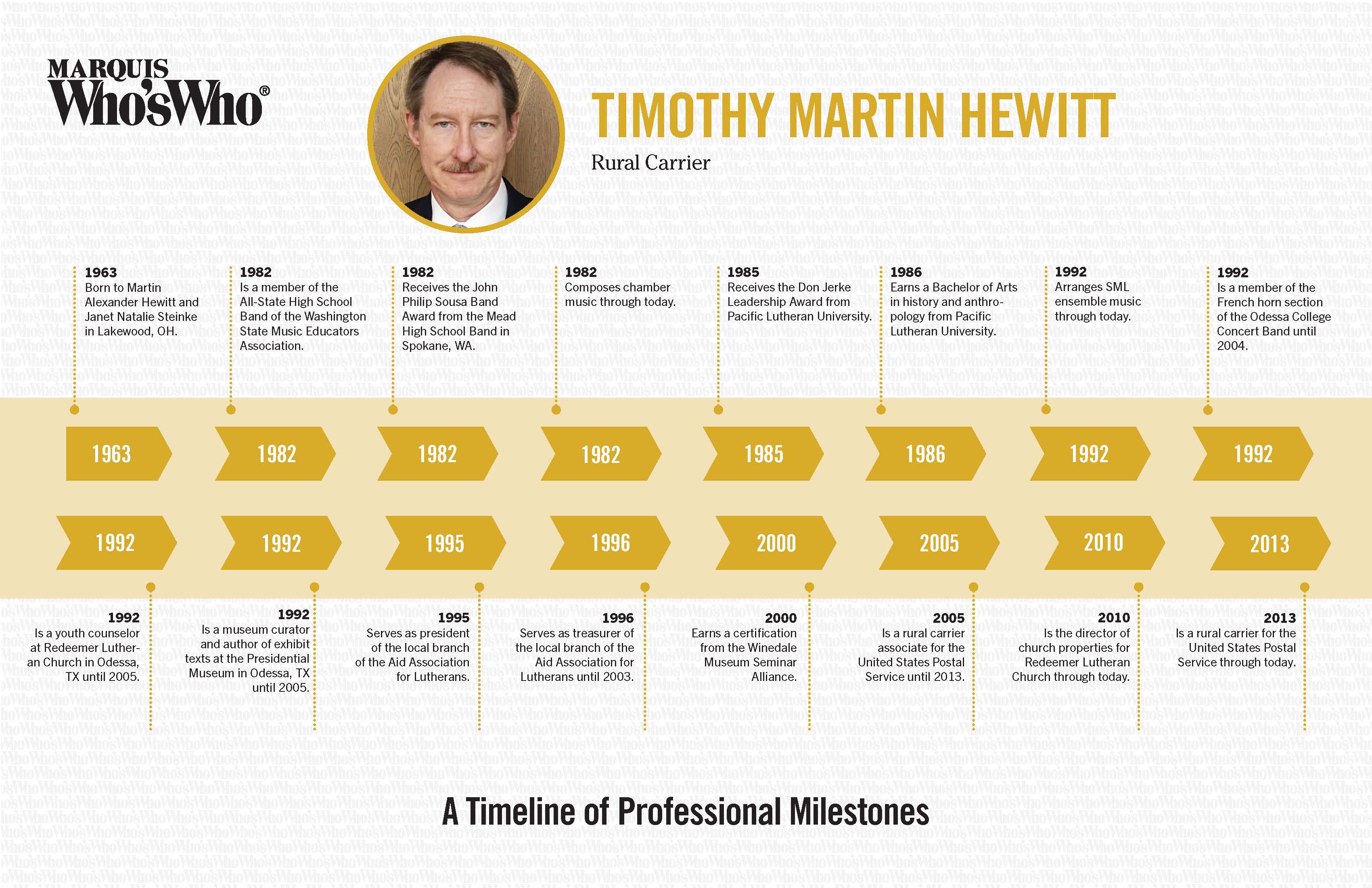 Earns a Bachelor of Arts in history and anthropology from Pacific Lutheran University.

Is a member of the French horn section of the Odessa College Concert Band until 2004.

Is a youth counselor at Redeemer Lutheran Church in Odessa, TX until 2005.

Is a museum curator and author of exhibit texts at the Presidential Museum in Odessa, TX until 2005.

Serves as president of the local branch of the Aid Association for Lutherans.

Serves as treasurer of the local branch of the Aid Association for Lutherans until 2003.

Earns a certification from the Winedale Museum Seminar Alliance.

Is a rural carrier associate for the United States Postal Service until 2013.

Is the director of church properties for Redeemer Lutheran Church through today.

Is a rural carrier for the United States Postal Service through today.