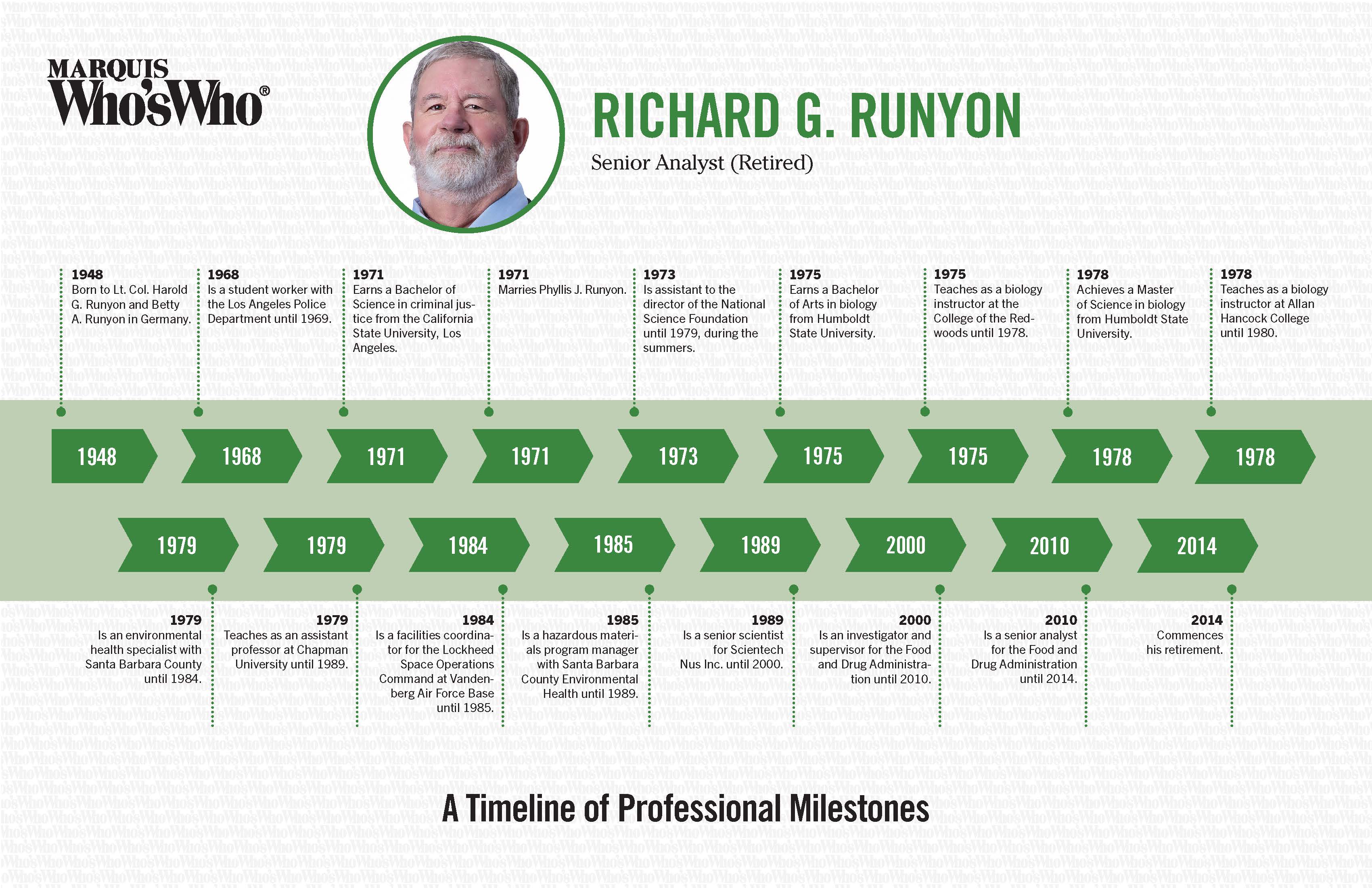 Born to Lt. Col. Harold G. Runyon and Betty A. Runyon in Germany.

Is a student worker with the Los Angeles Police Department until 1969.

Earns a Bachelor of Science in criminal justice from the California State University, Los Angeles.

Is assistant to the director of the National Science Foundation until 1979, during the summers.

Earns a Bachelor of Arts in biology from Humboldt State University.

Teaches as a biology instructor at the College of the Redwoods until 1978.

Achieves a Master of Science in biology from Humboldt State University.

Teaches as a biology instructor at Allan Hancock College until 1980.

Is an environmental health specialist with Santa Barbara County until 1984.

Teaches as an assistant professor at Chapman University until 1989.

Is a facilities coordinator for the Lockheed Space Operations Command at Vandenberg Air Force Base until 1985.

Is a hazardous materials program manager with Santa Barbara County Environmental Health until 1989.

Is a senior scientist for Scientech Nus Inc. until 2000.

Is an investigator and supervisor for the Food and Drug Administration until 2010.

Is a senior analyst for the Food and Drug Administration until 2014.