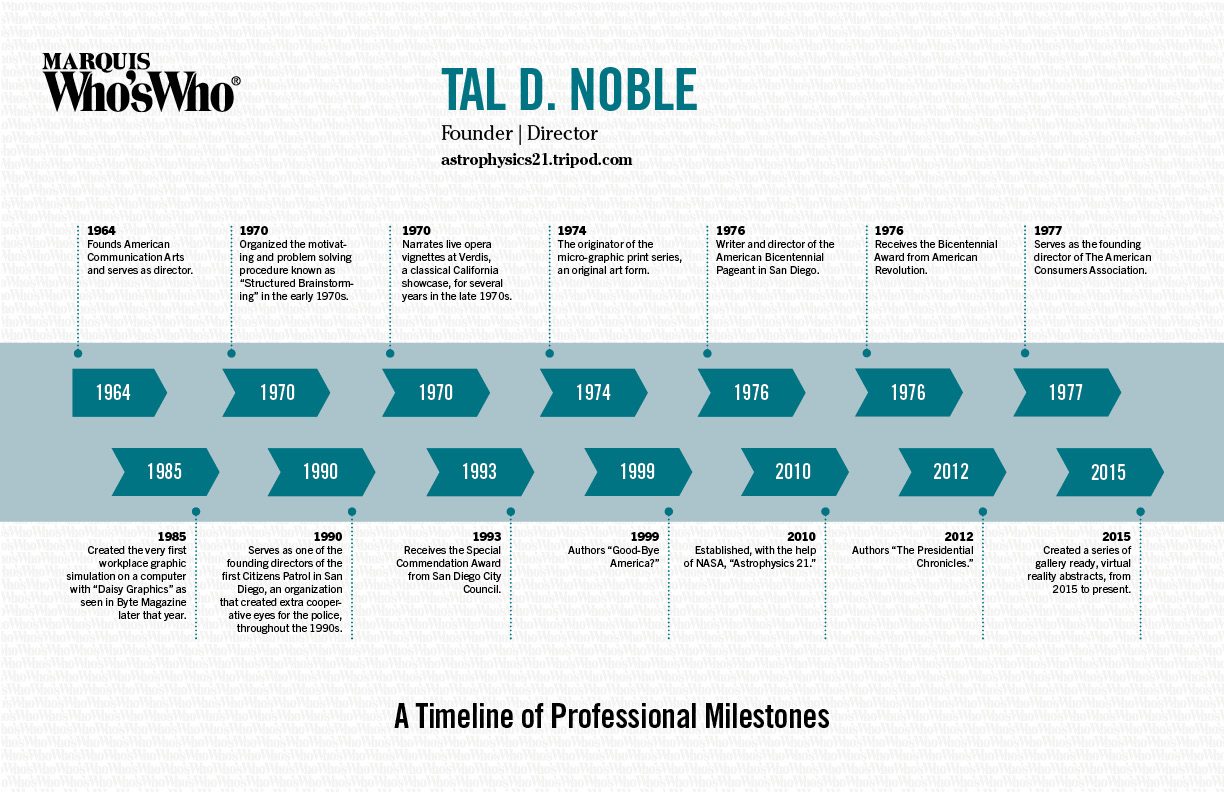 Organized the motivating and problem solving procedure known as “Structured Brainstorming” in the early 1970s.

The originator of the micro-graphic print series, an original art form.

Writer and director of the American Bicentennial Pageant in San Diego.

Serves as the founding director of The American Consumers Association.

Created the very first workplace graphic simulation on a computer with “Daisy Graphics” as seen in Byte Magazine later that year.

Serves as one of the founding directors of the first Citizens Patrol in San Diego, an organization that created extra cooperative eyes for the police, throughout the 1990s.

Established, with the help of NASA, “Astrophysics 21.”

Created a series of gallery ready, virtual reality abstracts, from 2015 to present.