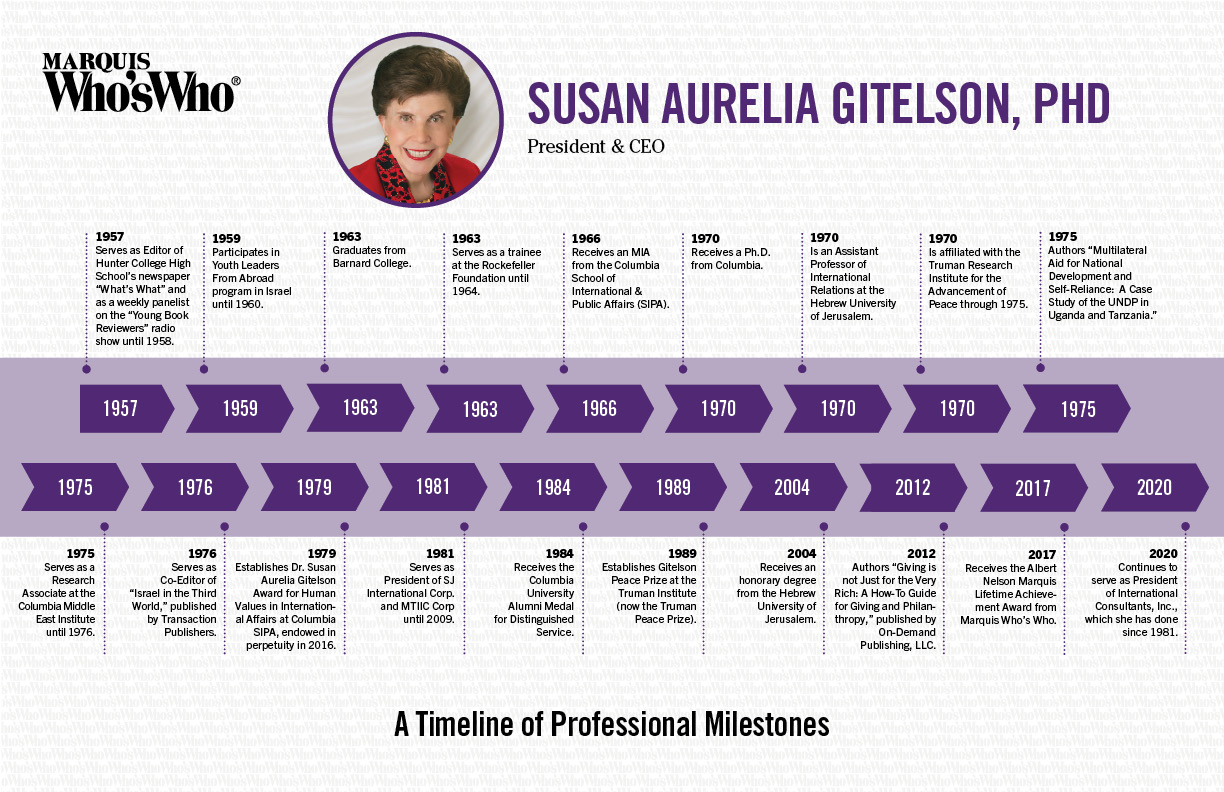 Serves as Editor of Hunter College High School’s newspaper “What’s What” and as a weekly panelist on the “Young Book Reviewers” radio show until 1958.

Participates in Youth Leaders From Abroad program in Israel until 1960.

Serves as a trainee at the Rockefeller Foundation until 1964.

Receives an MIA from the Columbia School of International & Public Affairs (SIPA).

Receives a Ph.D. from Columbia.

Is an Assistant Professor of International Relations at the Hebrew University of Jerusalem.

Is affiliated with the Truman Research Institute for the Advancement of Peace through 1975.

Authors “Multilateral Aid for National Development and Self-Reliance:  A Case Study of the UNDP in Uganda and Tanzania.”

Serves as a Research Associate at the Columbia Middle East Institute until 1976.

Serves as Co-Editor of “Israel in the Third World,” published by Transaction Publishers.

Serves as President of SJ International Corp. and MTIIC Corp until 2009.

Receives an honorary degree from the Hebrew University of Jerusalem.

Authors “Giving is not Just for the Very Rich: A How-To Guide for Giving and Philanthropy,” published by On-Demand Publishing, LLC.

Continues to serves as President of International Consultants, Inc., which she has done since 1981.