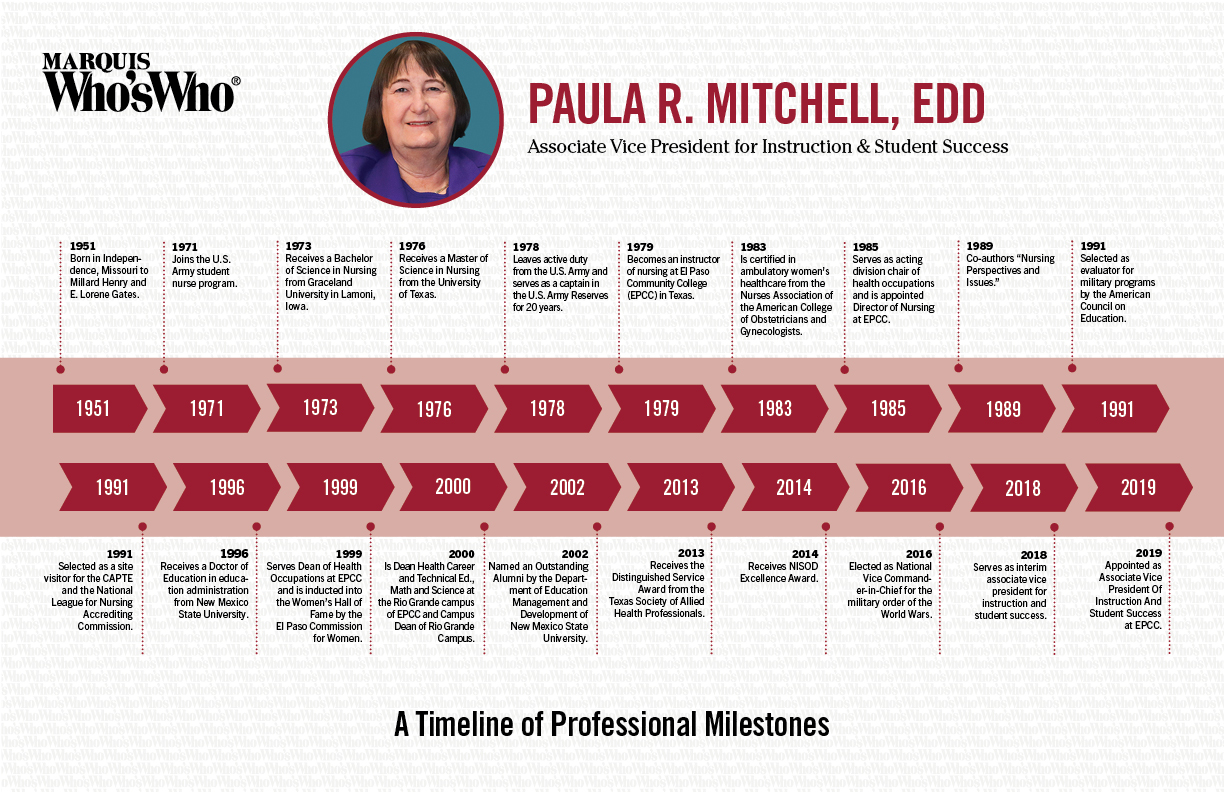 Receives a Bachelor of Science in Nursing from Graceland University in Lamoni, Iowa.

Receives a Master of Science in Nursing from the University of Texas.

Becomes an instructor of nursing at El Paso Community College (EPCC) in Texas.

Is certified in ambulatory women’s healthcare from the Nurses Association of the American College of Obstetricians and Gynecologists.

Serves as acting division chairman of health occupations and is appointed Director of Nursing at EPCC.

Selected as evaluator for military programs by the American Council on Education.

Selected as a site visitor for the CAPTE and the National League for Nursing Accrediting Commission.

Receives a Doctor of Education in education administration from New Mexico State University.

Serves Dean of Health Occupation at El Paso Community College and is inducted into the Women’s Hall of Fame by the El Paso Commission.

Is Dean Health Career and Technical Ed., Math and Science at the Rio Grande campus of EPCC and Campus Dean of Rio Grande Campus.

Named an Outstanding Alumni by the Department of Education Management and Development of New Mexico State University.

Receives the Distinguished Service Award from the Texas Society of Allied Health Professionals.

Elected as National Vice Commander-in-Chief for the military order of the World Wars.