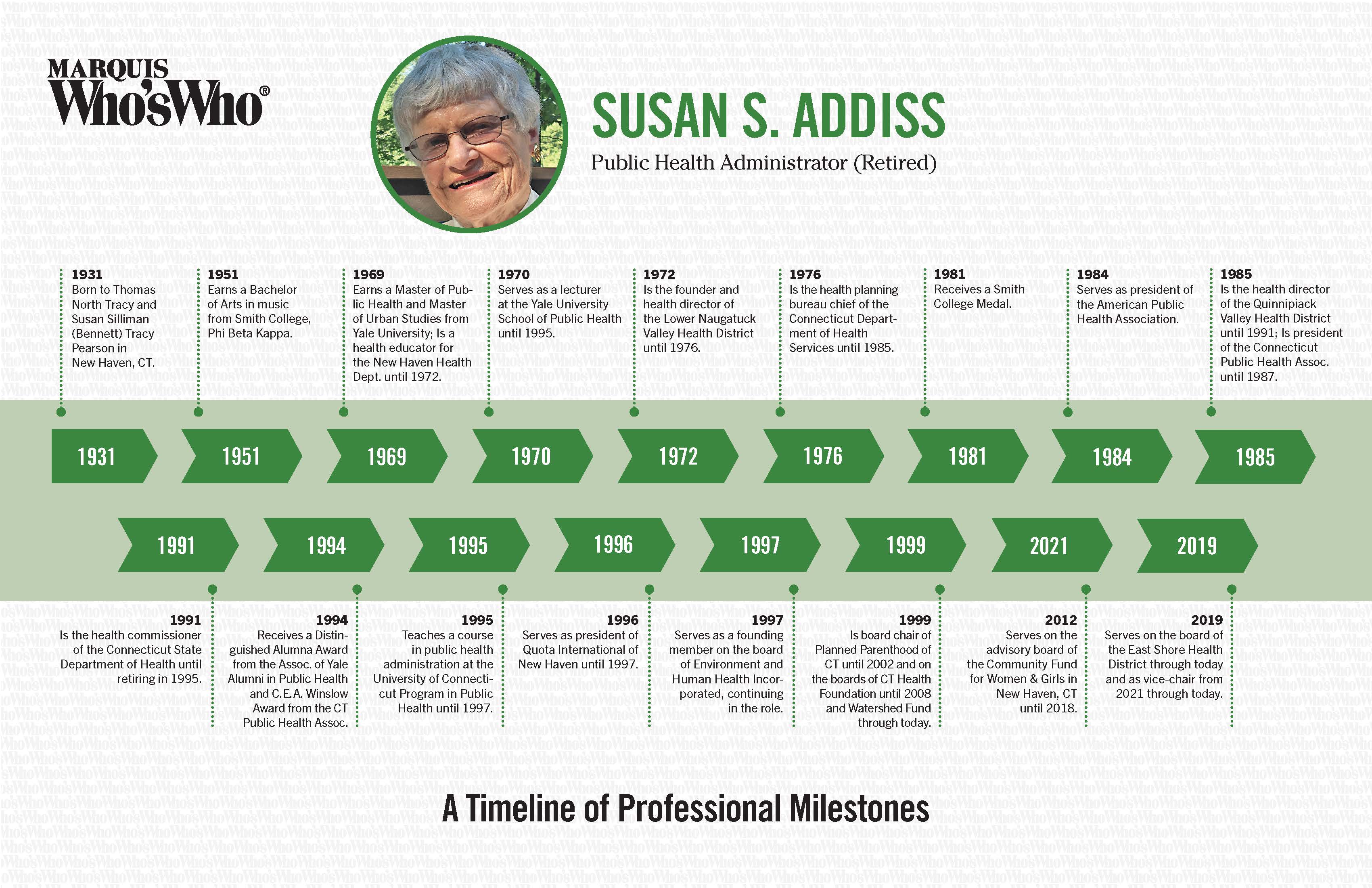 Earns a Bachelor of Arts in music from Smith College, Phi Beta Kappa.

Earns a Master of Public Health and Master of Urban Studies from Yale University; Is a health educator for the New Haven Health Dept. until 1972.

Serves as a lecturer at the Yale University School of Public Health until 1995.

Is the founder and health director of the Lower Naugatuck Valley Health District until 1976.

Is the health planning bureau chief of the Connecticut Department of Health Services until 1985.

Serves as president of the American Public Health Association.

Is the health director of the Quinnipiack Valley Health District until 1991; Is president of the Connecticut Public Health Assoc. until 1987.

Is the health commissioner of the Connecticut State Department of Health until retiring in 1995.

Teaches a course in public health administration at the University of Connecticut Program in Public Health until 1997.

Serves as president of Quota International of New Haven until 1997.

Serves as a founding member on the board of Environment and Human Health Incorporated, continuing in the role.

Is board chair of Planned Parenthood of CT until 2002 and on the boards of CT Health Foundation until 2008 and Watershed Fund through today.

Serves on the advisory board of the Community Fund for Women & Girls in New Haven, CT until 2018.

Serves on the board of the East Shore Health District through today and as vice-chair from 2021 through today.