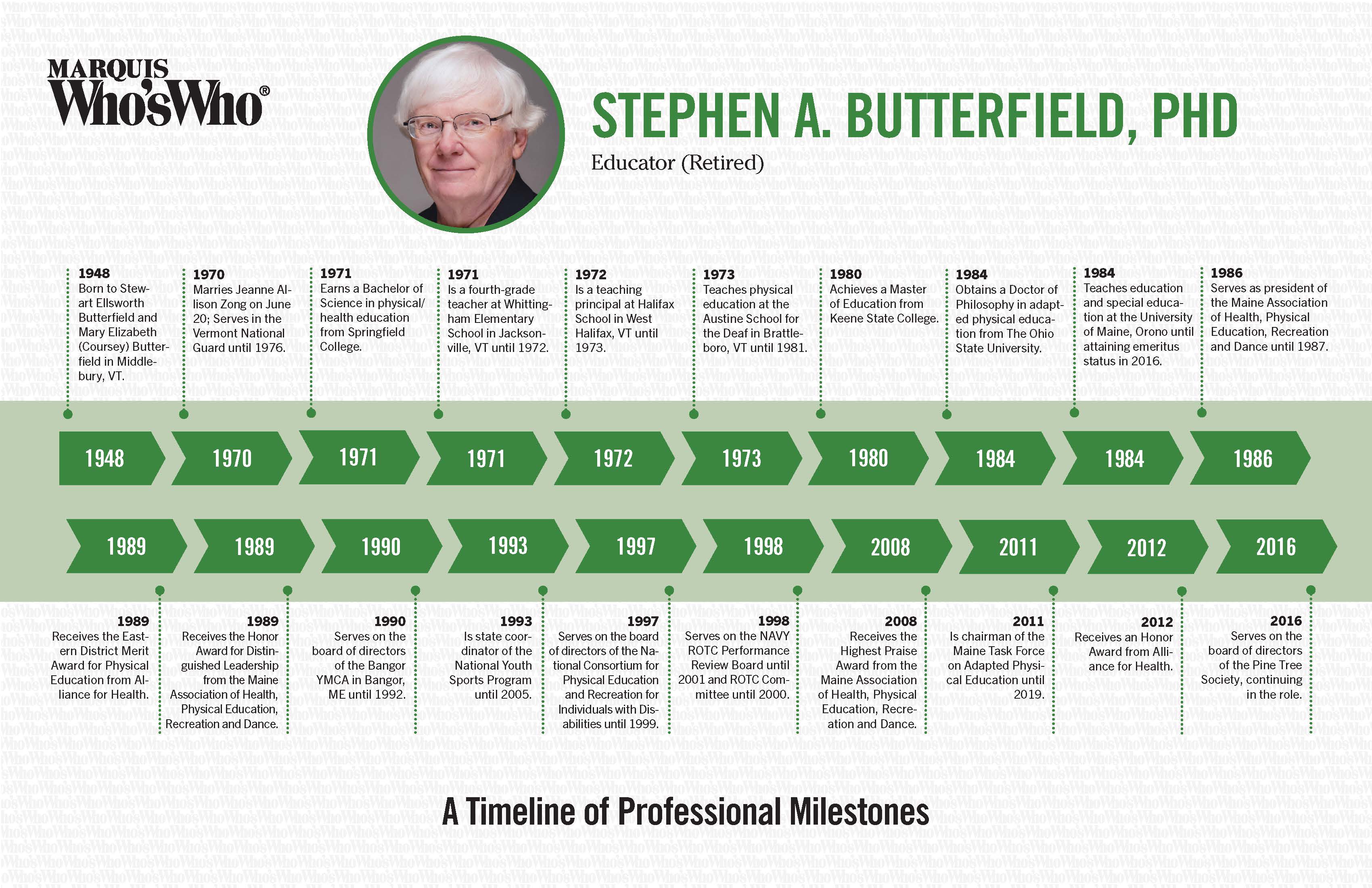 Marries Jeanne Allison Zong on June 20; Serves in the Vermont National Guard until 1976.

Earns a Bachelor of Science in physical/health education from Springfield College.

Is a fourth-grade teacher at Whittingham Elementary School in Jacksonville, VT until 1972.

Is a teaching principal at Halifax School in West Halifax, VT until 1973.

Teaches physical education at the Austine School for the Deaf in Brattleboro, VT until 1981.

Achieves a Master of Education from Keene State College.

Obtains a Doctor of Philosophy in adapted physical education from The Ohio State University.

Teaches education and special education at the University of Maine, Orono until attaining emeritus status in 2016.

Serves as president of the Maine Association of Health, Physical Education, Recreation and Dance until 1987.

Receives the Eastern District Merit Award for Physical Education from Alliance for Health.

Receives the Honor Award for Distinguished Leadership from the Maine Association of Health, Physical Education, Recreation and Dance.

Serves on the board of directors of the Bangor YMCA in Bangor, ME until 1992.

Is state coordinator of the National Youth Sports Program until 2005.

Serves on the board of directors of the National Consortium for Physical Education and Recreation for Individuals with Disabilities until 1999.

Serves on the NAVY ROTC Performance Review Board until 2001 and ROTC Committee until 2000.

Receives the Highest Praise Award from the Maine Association of Health, Physical Education, Recreation and Dance.

Is chairman of the Maine Task Force on Adapted Physical Education until 2019.

Receives an Honor Award from Alliance for Health.

Serves on the board of directors of the Pine Tree Society, continuing in the role.