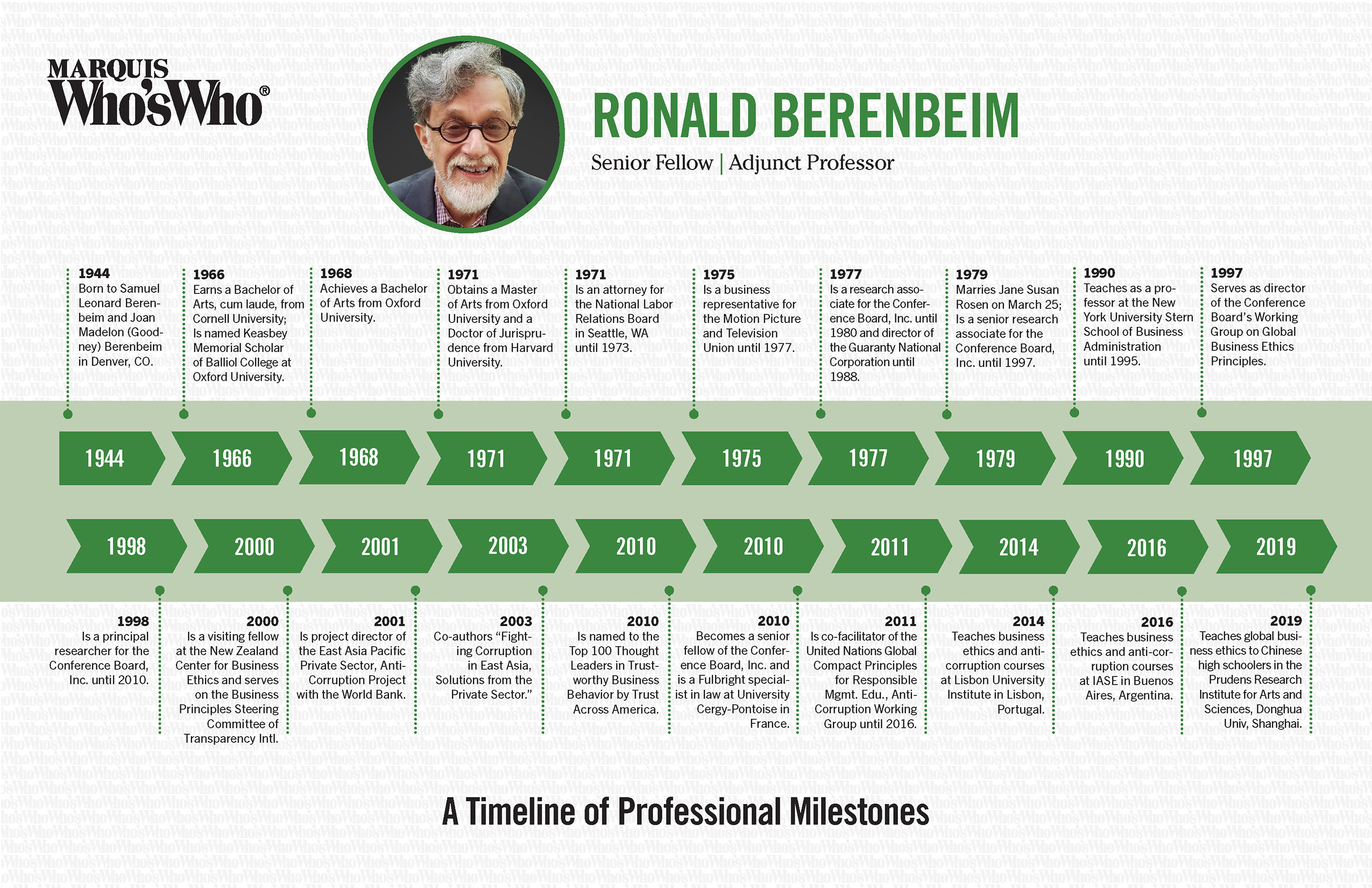 Achieves a Bachelor of Arts from Oxford University.

Obtains a Master of Arts from Oxford University and a Doctor of Jurisprudence from Harvard University.

Is an attorney for the National Labor Relations Board in Seattle, WA until 1973.

Is a business representative for the Motion Picture and Television Union until 1977.

Is a research associate for the Conference Board, Inc. until 1980 and director of the Guaranty National Corporation until 1988.

Marries Jane Susan Rosen on March 25; Is a senior research associate for the Conference Board, Inc. until 1997.

Teaches as a professor at the New York University Stern School of Business Administration until 1995.

Is a principal researcher for the Conference Board, Inc. until 2010.

Is a visiting fellow at the New Zealand Center for Business Ethics and serves on the Business Principles Steering Committee of Transparency Intl.

Is project director of the East Asia Pacific Private Sector, Anti-Corruption Project with the World Bank.

Is named to the Top 100 Thought Leaders in Trustworthy Business Behavior by Trust Across America.

Becomes a senior fellow of the Conference Board, Inc. and is a Fulbright specialist in law at University Cergy-Pontoise in France.