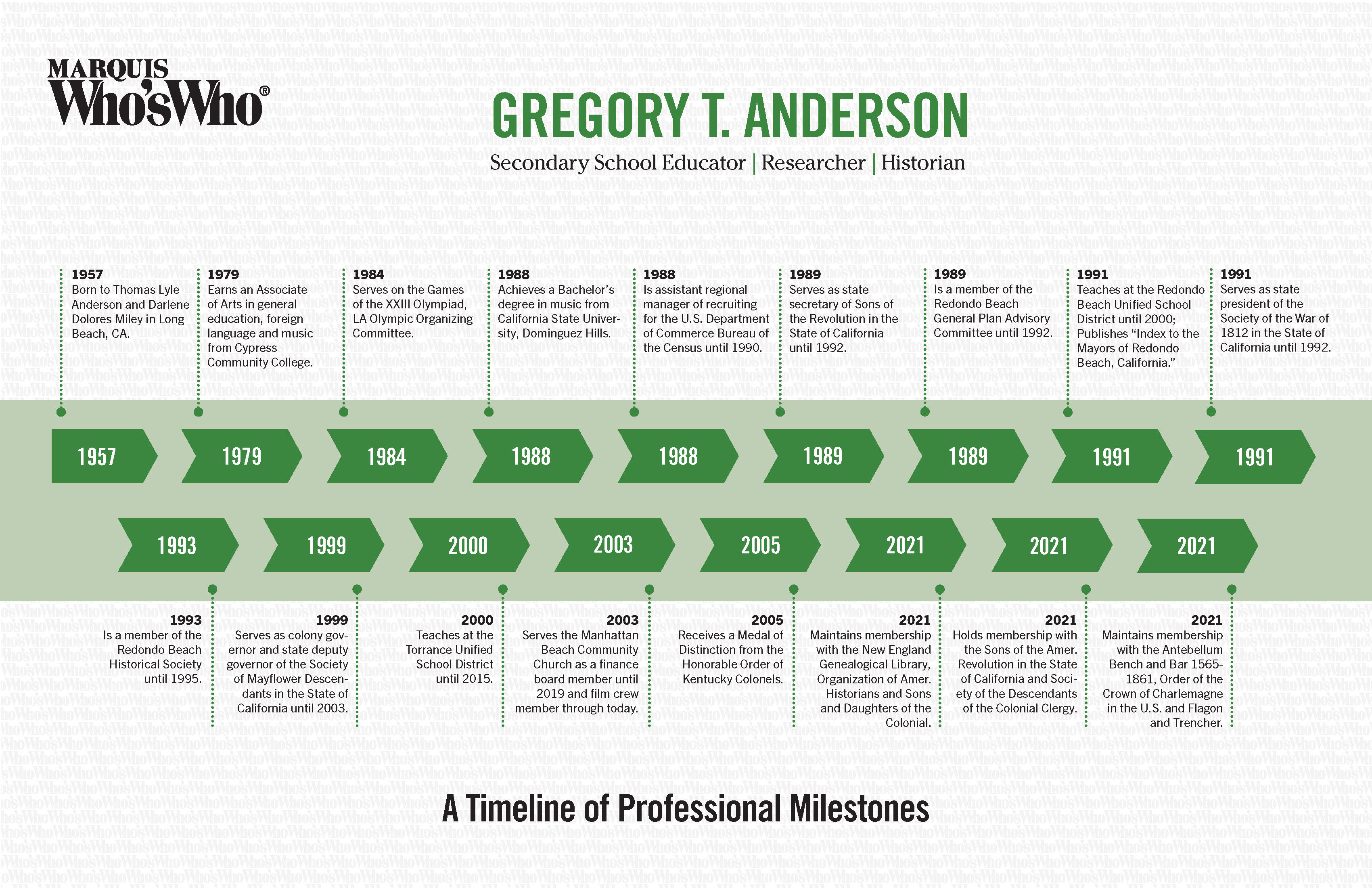 Earns an Associate of Arts in general education, foreign language and music from Cypress Community College.

Serves on the Games of the XXIII Olympiad, LA Olympic Organizing Committee.

Is assistant regional manager of recruiting for the U.S. Department of Commerce Bureau of the Census until 1990.

Serves as state secretary of Sons of the Revolution in the State of California until 1992.

Is a member of the Redondo Beach General Plan Advisory Committee until 1992.

Teaches at the Redondo Beach Unified School District until 2000; Publishes “Index to the Mayors of Redondo Beach, California.”

Serves as state president of the Society of the War of 1812 in the State of California until 1992.

Is a member of the Redondo Beach Historical Society until 1995.

Serves as colony governor and state deputy governor of the Society of Mayflower Descendants in the State of California until 2003.

Teaches at the Torrance Unified School District until 2015.

Serves the Manhattan Beach Community Church as a finance board member until 2019 and film crew member through today.

Receives a Medal of Distinction from the Honorable Order of Kentucky Colonels.

Maintains membership with the New England Genealogical Library, Organization of Amer. Historians and Sons and Daughters of the Colonial.

Holds membership with the Sons of the Amer. Revolution in the State of California and Society of the Descendants of the Colonial Clergy.

Maintains membership with the Antebellum Bench and Bar 1565-1861, Order of the Crown of Charlemagne in the U.S. and Flagon and Trencher.