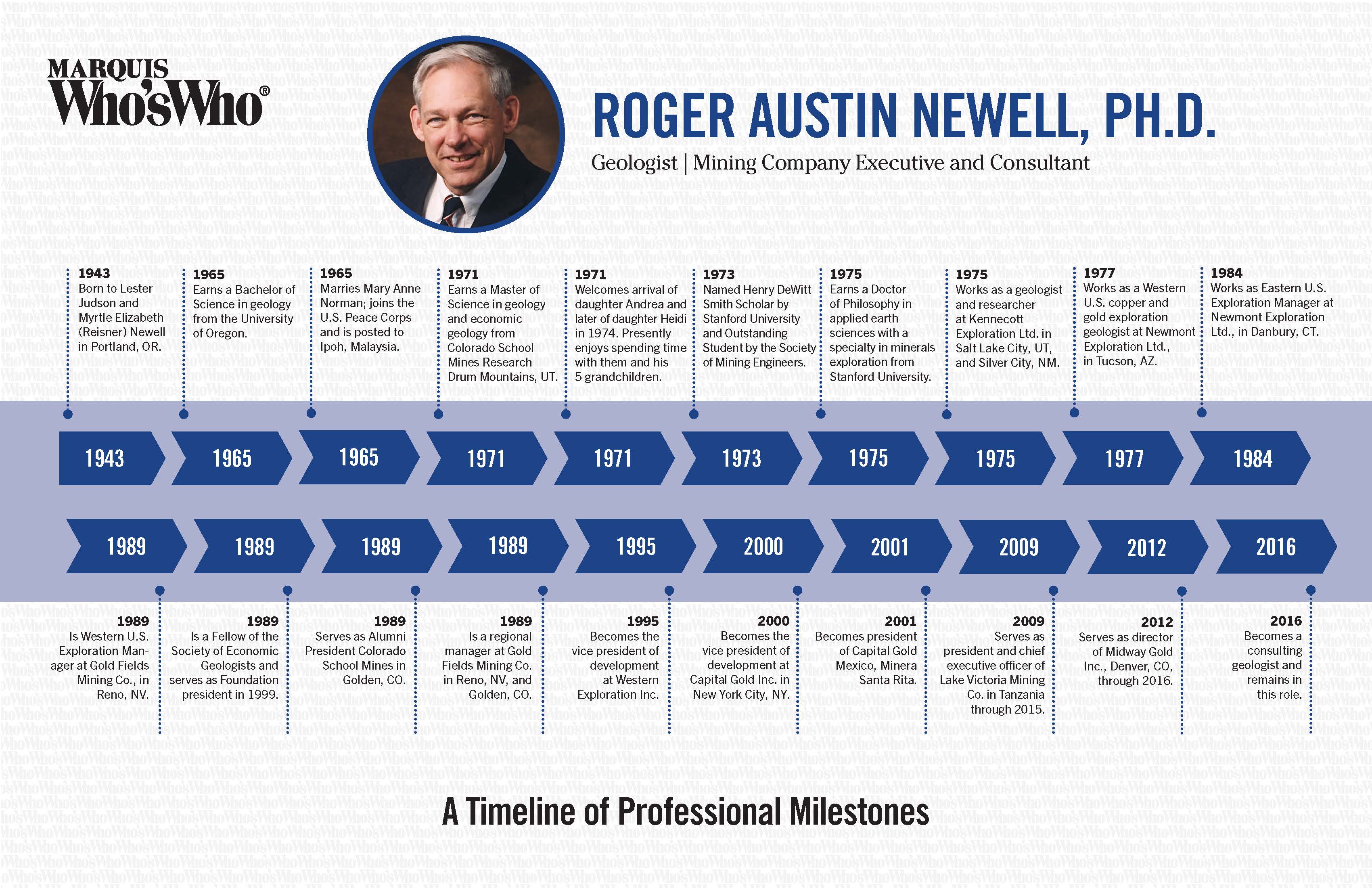 Born to Lester Judson and Myrtle Elizabeth (Reisner) Newell in Portland, OR.

Earns a Bachelor of Science in geology from the University of Oregon.

Welcomes arrival of daughter Andrea and later of daughter Heidi in 1974. Presently enjoys spending time with them and his 5 grandchildren.

Earns a Doctor of Philosophy in applied earth sciences with a specialty in minerals exploration from Stanford University.

Works as a geologist and researcher at Kennecott Exploration Ltd. in Salt Lake City, UT, and Silver City, NM.

Is a Fellow of the Society of Economic Geologists and serves as Foundation president in 1999.

Is a regional manager at Gold Fields Mining Co. in Reno, NV, and Golden, CO.

Becomes the vice president of development at Western Exploration Inc.

Serves as president and chief executive officer of Lake Victoria Mining Co. in Tanzania through 2015.

Serves as director of Midway Gold Inc., Denver, CO, through 2016.

Becomes a consulting geologist and remains in this role.