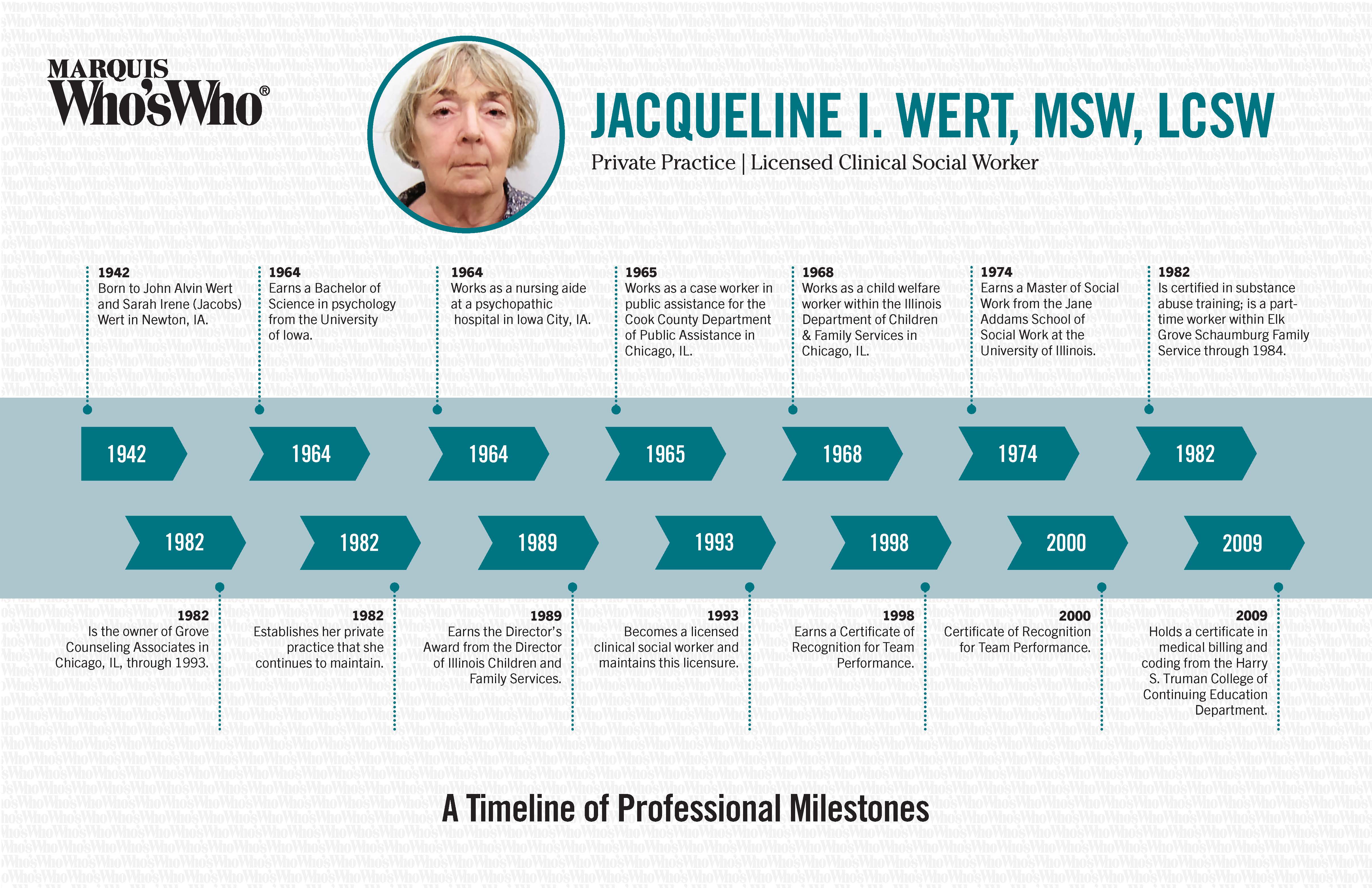 Earns a Bachelor of Science in psychology from the University of Iowa.

Works as a nursing aide at a psychopathic hospital in Iowa City, IA.

Works as a case worker in public assistance for the Cook County Department of Public Assistance in Chicago, IL.

Works as a child welfare worker within the Illinois Department of Children & Family Services in Chicago, IL.

Is certified in substance abuse training; is a part-time worker within Elk Grove Schaumburg Family Service through 1984.

Is the owner of Grove Counseling Associates in Chicago, IL, through 1993.

Establishes her private practice that she continues to maintain.

Becomes a licensed clinical social worker and maintains this licensure.

Earns a Certificate of Recognition for Team Performance.

Certificate of Recognition for Team Performance.

Holds a certificate in medical billing and coding from the Harry S. Truman College of Continuing Education Department.